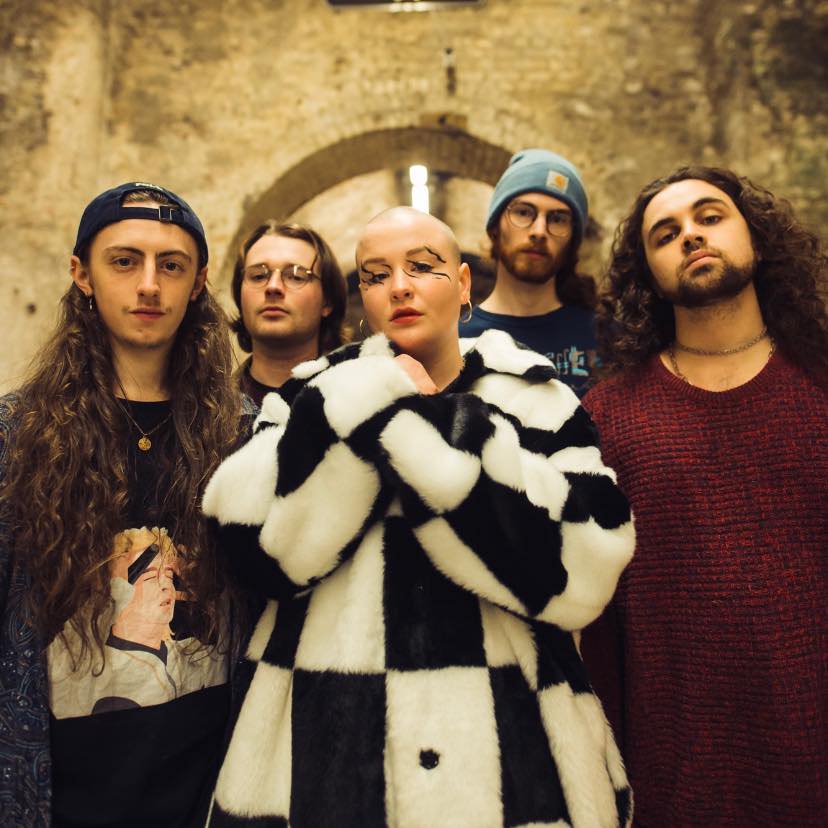 Gen and the Degenerates are set to be one of the breakout bands of the near future. Their brand of anthemic alt-rock has got their hardcore fans hooked, with the mainstream surely soon to follow. We spoke to singer Gen Glynn-Reeves and guitarist Sean Healand-Sloan about their first ever 2000trees experience and what their band represents.

How has your 2000trees experience been?

Gen: Brilliant, we’ve loved it. We’ve never been here before, it’s just such a great festival. I think it’s my favourite festival we’ve played and the best festival we’ve been to.

Sean: For sure, the vibe is amazing like everyone’s so friendly. I think the size of its perfect and there’s a real community feel to it, the line-up and the music is just perfect. It’s certainly what I want to see and hear.

What’s been the best set you’ve been to?

S: The Heck reunion was the best one I’ve seen so far, it was just fucking insane, but there’s been loads of great sets.

G: I really liked Snakes on the forest stage, I really liked them, they were my faves. Turnstile were insane, but I feel like that goes without saying.

You’re playing the Forest stage later today; how you are feeling ahead of that set?

G: It’s perfect for me because I’m very freckly and pale and it’s in the shade!

S: It’s the first stage we saw anyone on because we came on the Wednesday, so we immediately got here and saw Palm Reader and they were insane.

Have you played anywhere like the Forest stage before?

S: We actually have before. We played some weird, random festival a dude set up in a forest, it was some rich young guy who built a stage in a forest in some landfill.

G: I don’t think we ever played that again, but that was somewhere similar.

A lot of our readers may not have heard of you guys before, so how would you describe your music and the messages behind your tracks?

G: Genre-wise we’re very alt and punk, but we pull from loads of stuff.

People do love to put bands into certain categories, then get angry when they leave the category they have assigned them to…

S: Yeah, we don’t want to be put into boxes, and some members of the band have ADHD so that’s tricky.

G: I think that the reasons we get the punk label a lot is because we are quite vocal about our beliefs and the way we see the world, and what we believe in in our lyrics. So I get that is reminiscent of punk.

S: The things that we are seeing and the energy we have makes us punk and makes the music.

Yeah, we’ve been through your Instagram so we can definitely see that! Do you think your music will provoke a lot of the right people?

G: I mean I feel like existing as a trans person people just hate you straight off the bat, but we don’t associate with that kind of person anyway.

G: It’s been fantastic so far. I think having the Skunk Anansie tour gave us a really good jumping point for people who are open minded. It gives us something a bit different because those guys are pioneers for cutting your own groove in the world a long time before it was anywhere near being excepted. They kind of forged a way of existing quite differently in a space that was quite restrictive back then, so their crowds are the type of crowd to be receptive to a band like us, so it was kind of the perfect pairing.

So you guys have recently released an EP, does that mean there may be a potential debut album in the works?

G: We definitely want to work up to an album, but we’re kind of having fun right now just experimenting. We’d like to release an album next year.

S: We just want to decide on what sound we want to have.

We’re sure it will all work out in the end! What does the rest of 2022 look like for you guys?

G: Busy! Looks like no sleep aha, we’ve got a bunch of gigs, we’re playing festivals for the first time.

G: We’re doing Paris on 8th September 2022 for Supersonic, we’re doing our own UK headline tour shortly after Paris in October, and amongst that we are going to try and fit in new music, we like to keep busy!

Gen And The Degenerates‘ debut EP Only Alive When In Motion is out now via Marshall Records, available to stream or purchase HERE. 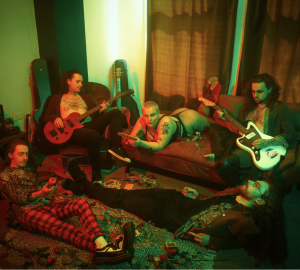