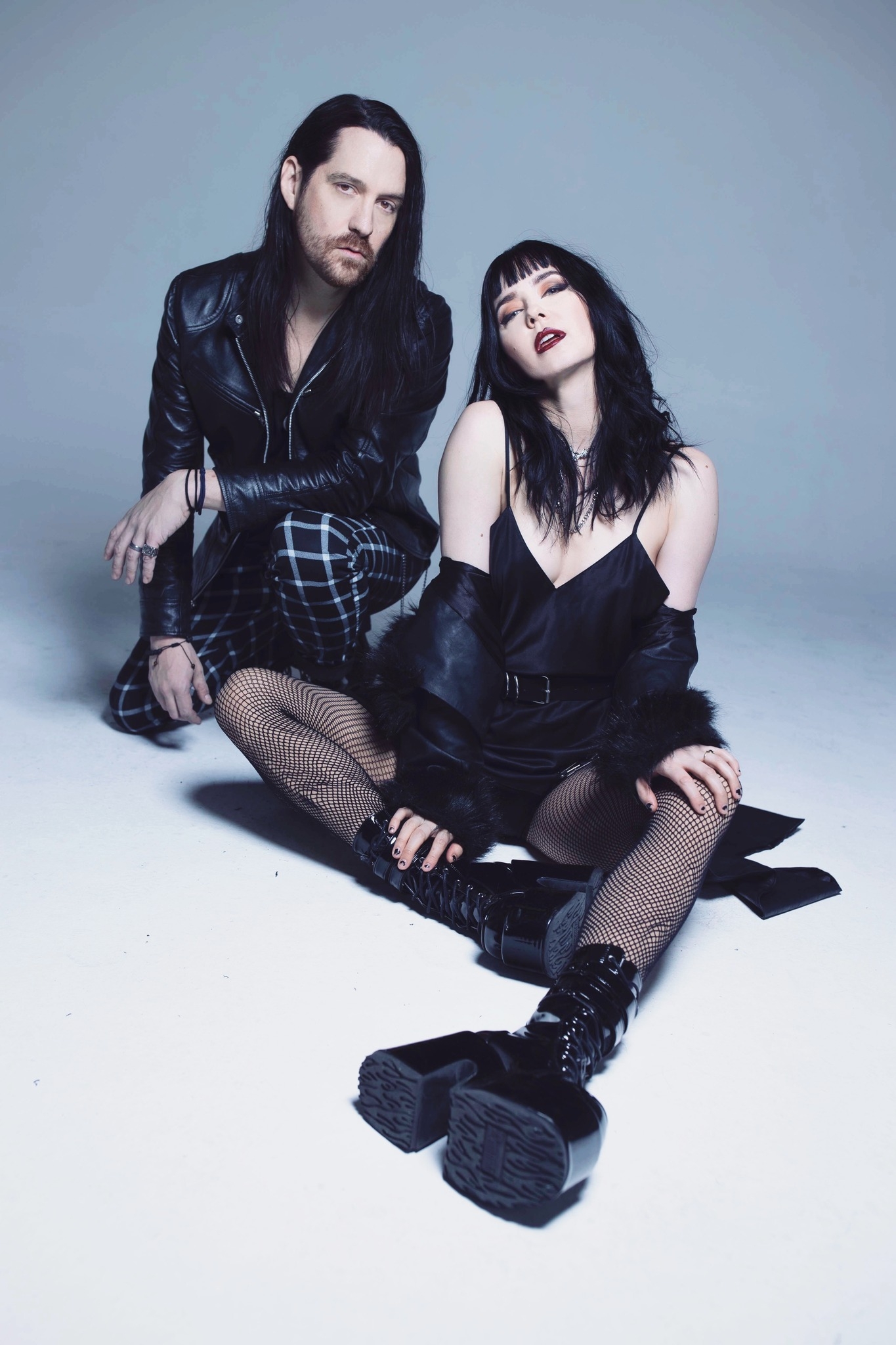 Danyell Souza has heaped praise on her ‘Moonstruck Lunatics’ who turned out in their droves in the searing early morning sunshine for Dead Posey’s Avalanche Stage set on Download’s third and final day.

Souza, who is one half of LA-based rock duo Dead Posey, alongside her multi-instrumentalist husband Tony Fagenson, is the epitome of festival cool – shielding herself from the midday East Midlands sun with a black umbrella and sunglasses, like a timeless Hollywood superstar from the 1950s.

Both Souza and Fagenson are in a jovial mood as they caught up with Bring The Noise UK following their set, as they reflect on their ‘Moonstruck Lunatics’ and look ahead to their first full-length album. “It was fabulous in that tent and we hoped people would be there, as we worried a little they would be sleeping at our time after a long weekend, hungover. But Download you exceeded our expectations,” smiled Souza. “We fucking love you.”

“It was a great set and I can’t believe it’s already over,” added Fagenson.

Although still relatively young in their rock n’ roll adventure, Dead Posey have already begun to massively evolve musically, with a shift away from traditional rock music sounds and a nod to the dark side of industrial – a deliberate move they say and a nod to their own heroes of the genre. “I feel, most bands in general, if you are finding your sound you will fluctuate with your different inspirations and that’s what happened,” explained Souza. “As soon as we started touring more, we did evolve our sound and we got away from more of the stomp-clap sound and got darker with our Depeche Mode, Rob Zombie, Nine Inch Nails influences and Garbage too even. We put it all in our little stew and here we are. I think as humans we should always evolve so as a band you should too. If you aren’t evolving then you are dying.”

Fagenson echoes her comments: “We just follow our muses and what Dee said about the live thing, about performing live. We started to think about that when doing the songs and our first EP had a cool vibe to it, but we didn’t want to keep repeating that. I think we are finding a good medium with some elements of that but with our newer vibes.”

Dead Posey dropped another new single recently with Can’t Take Me Down, which is a good indicator of where the band are heading with their debut full-length offering, due to release later this year. “Oh we are super excited about our album,” beamed Souza. “We have put out a few singles and a few more will drop before the official album comes out. The plan after that is just to be touring, touring, touring for at least a year or two before we go back in the studio. I think you go a bit stir crazy before you need to get out there again.”

“The singles give a good primer of what the record will be, but the overall record will have some different vibes on it,” picked up Fagenson. “It is hard these days to think about records, as bands today are so used to putting out singles or content all the time.”

Souza chimed in: “Artistically every record is an era, so this is our next era so we are excited to share it with everyone. We have a song called Moonstruck Lunatics, which is a kind of anthems for our fans and its moody and the lyrics are all about being together and fuck the rest. It’s about finding your people and we definitely found our people in that tent this morning.”

Like all of us here at Download, on the stage, in the arena and backstage, the last few years have been difficult as we struggled in the absence of live music and not seeing the bands we love. But for the artists themselves? What did they fill the creative void with?

“I think we were all a bit stir crazy in the last couple of years, but we were in the lab,” smiled Fagenson. “We didn’t do many of the live stream things. We did one or two, they were fine, but its nothing like the real thing, so we tried to be patient and put the time and energy into new songs and have the framework of the album ready and now we can get out again.”

“We didn’t bake bread, we were cooking songs and we had no distractions so we just wrote,” explained Souza. “The performance void felt like a part of our soul was missing. We went on a tour two weeks ago and it feels as if our soul went back into our bodies. Today playing Download is like a dream after the nightmare we have all been living through.”