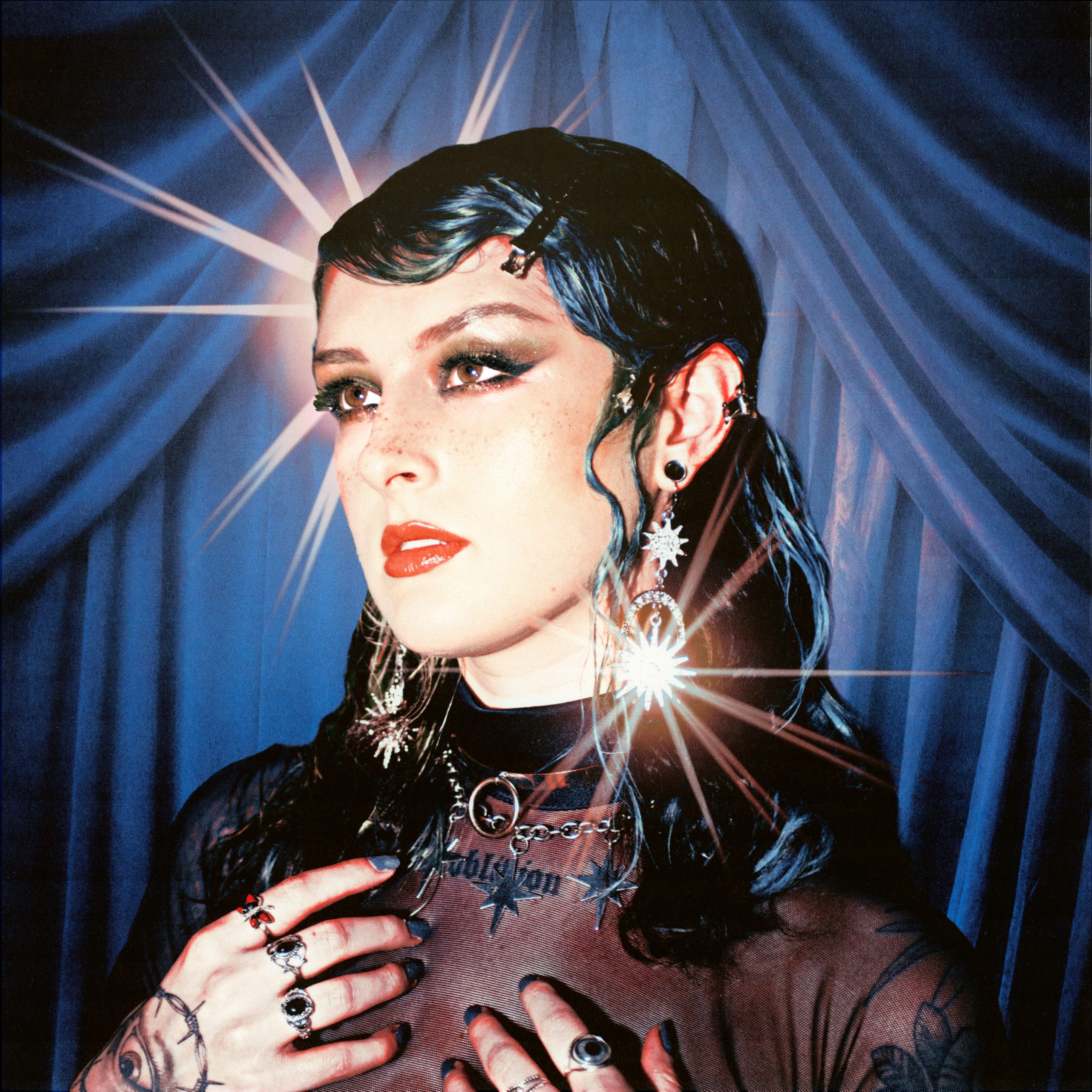 Whether you want to admit it or not, the ascent of TikTok into one of the most heavily used mobile apps has worked wonders for the music scene. Thanks to the plethora of clips that can be found on the app, one can very easily discover new songs and artists, as was the case with one McKenzie Ellis, or Mothica, as you might know her. It’s due to TikTok that her song VICES reached millions, which significantly boosted her career back in 2020. Two years after that turn of events, her second album, Nocturnal, is almost upon us, and it’s ready to rock our collective socks off.

Although Mothica’s sound is very much based on pop elements, song structures and melodies, it’s the rock and metal influences which make her music that much better. The way Nocturnal is presented as an instructional cassette on how to fall asleep only takes the whole package further, and not in the least bit thanks to how well her voice is suited to the style of songs released in the ‘50s – as showcased by Sleepwalk and Tears, the two tracks which bookend the album.

Across the 17 tracks, three of which are interludes which continue the ‘50s instructional tape theme, chord driven heavy guitars are complemented by poppy keys and trap-style beats, all while Mothica’s voice soars effortlessly among the instruments, as seen in songs like Casualty and Highlights. Speaking of her voice, fellow alt-pop artist Au/Ra joins her on Last Cigarette, and their voices sound great when blended together.

Elsewhere, Bedtime Stories, Lullaby and Absinthe are carried by steady, hi-hat fueled beats before the guitars make their presence known to listeners for the chorus. It may be a standard structure for songs to have, but the music remains catchy and enjoyable, all while having the moody atmosphere some have come to expect from Mothica.

That’s not to say that Mothica’s songs can’t be heavy – quite the contrary! Sensitive opens with a guitar riff that lets the listeners know they’ll bob their heads while this track is playing, and The Reckoning is a straight-up hidden gem, which will surely mislead a lot of people, but in the best possible sense. Featuring the sonic wizardry of Polyphia, the guitars in that song come out of nowhere, and they are absolutely massive. Blood also proves to be a misleading gem, as its opening acoustic guitars quickly give way to the heavy riffs we should’ve expected in the first place.

With Nocturnal, Mothica continues to prove that the alt-pop and heavy music spheres shouldn’t just co-exist – they can safely bump into one another, as when they do, great results can and do come out. By taking her past and present experiences with trauma and mental illness, and coating them in poppy melodies driven by heavy guitars, she has crafted one of the finest and heaviest alt-pop albums in recent memory, if not of the whole year. This one will be on heavy rotation for a while, and if anyone can make it to the USA, make sure to check Mothica out while she’s on tour with Coheed and Cambria and Alkaline Trio – she may very well win you over if you do.