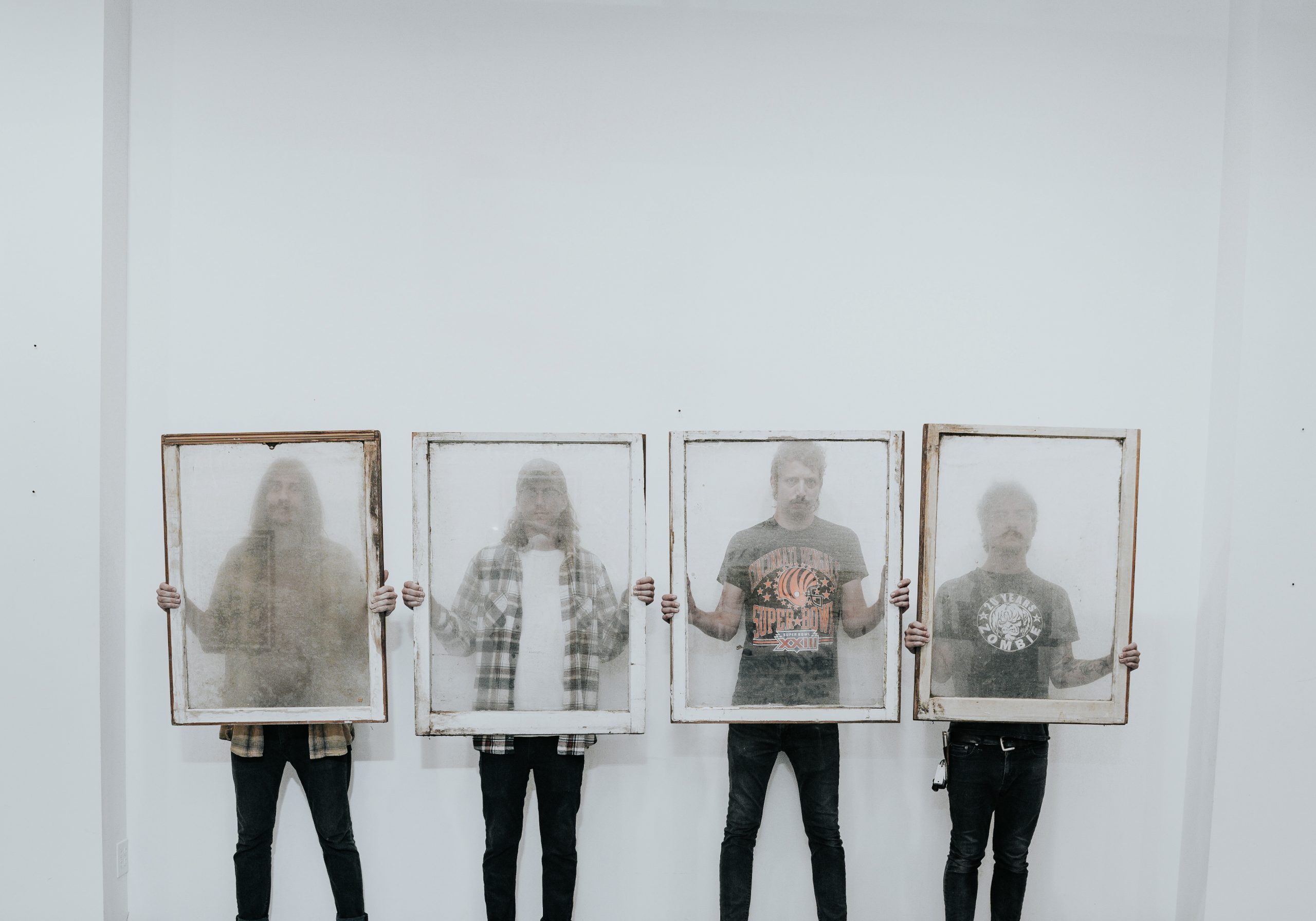 Four years after their sophomore full-length Empty Black, progressive post-hardcore quartet Greyhaven are back with their chaotic new album This Bright And Beautiful World. We caught up with vocalist Brent Mills following the release to discuss the band’s formation, influences, ambitions and more.

Hi! I’m Brent Mills and I sing for a band called Greyhaven. We’re a four piece band from Louisville, Kentucky.

Greyhaven has been these four guys for about seven / eight years now or something like that. Johnny and I originally started the band in the summer of 2013. Nick and Ethan joined shortly after in the summer of 2015. We were aware of one another and fans of each others bands and it all seemed to happen at the right time, where we all kinda linked up together. Ethan and Nick tried out the same weekend and we were all kinda introduced to each other for the first time collectively. It just clicked and it’s been us four since.

Sometime in middle school, I got a guitar for Christmas and was learning how to play Nirvana and System Of A Down songs. I became obsessed with music and felt connected to it in a different way, because I had always had a deep appreciation for it. I got a tape recorder the following Christmas and then that’s all I wanted to do was to write songs.

All four of us are influenced by different things, which I think is why writing together is so fun, but there’s some obvious ones like Dillinger, ETID, Fall of Troy, but we listen a lot of different things within the band and that all makes its way into the music. We’re all big fans of music in general, so we get excited to show each other new things and to pull from everywhere we can to make something new.

We just want to make honest, interesting music. At least personally that’s what I get out of the band, to create something new and challenging for ourselves. This is a place for us to truly express ourselves and hopefully that connects with people.

For those who are yet to see you live, what can they expect from a Greyhaven show?

I don’t think you really get to know what we’re about until you’ve seen us play live. We go up there as these four guys. We plug in a guitar, we plug in a bass and a mic, Ethan gets behind the drums and we just play. It’s loud, it’s not perfect, and it’s so much fun.

What’s next for Greyhaven?

Speaking of live shows…we’re going on TOUR! We’ve got a full US co-headliner with Limbs and The Callous Daoboys happening in June! So I’m looking forward to that. One day we’ll find ourselves on other the side of the ocean! But until then, we just want to play as many shows as we can and share this record with everybody.