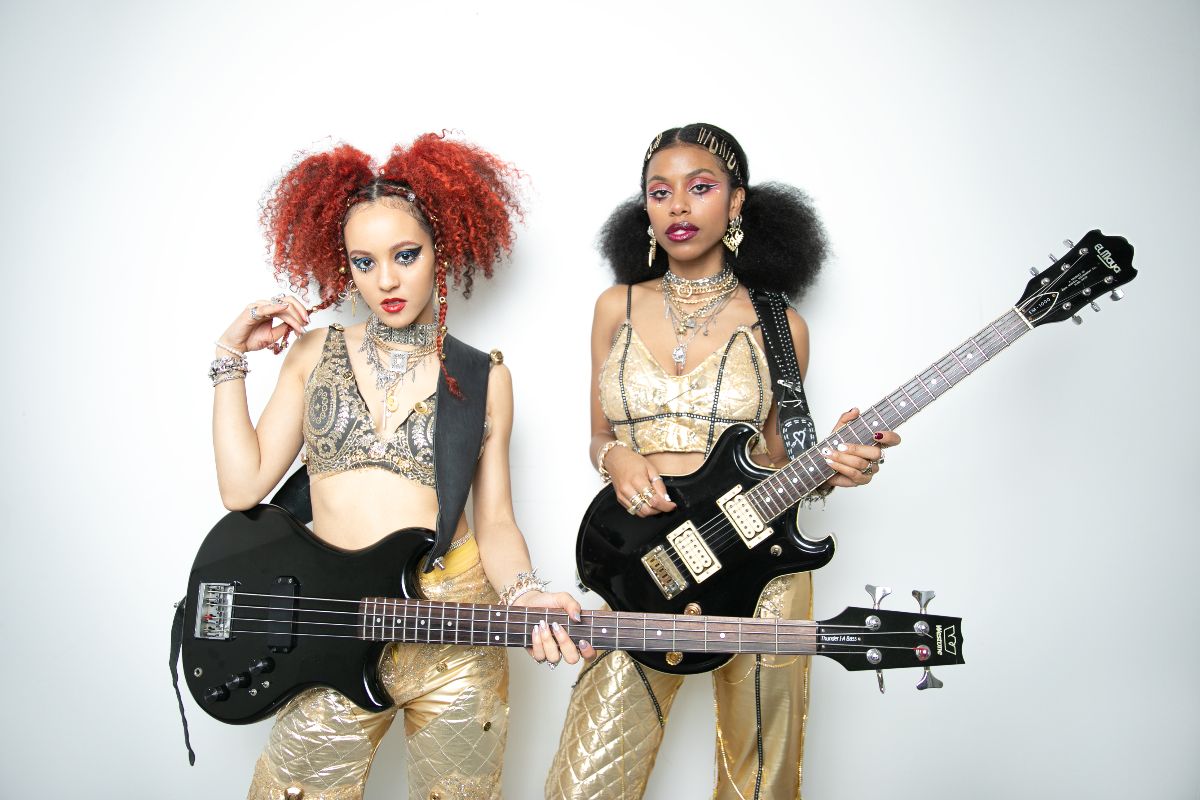 Nova Twins are a genre bending, no nonsense, all-inclusive band our times have long been waiting for. Game changers in every element of everything they do, Amy Love and Georgia South are heavy alt-rock infused rap trailblazers with a fearless punk attitude that makes them figureheads, not only their bold blend of Rage Against The Machine sized earth-shattering sounds, but the fights and clear-cut messages in which they fearlessly stand up for.

Having dropped their critically acclaimed debut album Who Are The Girls?, which planted their flag as a band on a mission to bring lyrical importance to the masses, all whilst ripping up the rulebook with their bold sonic amalgamation of styles and burning it to ashes.

As Nova Twins are reaching sky high levels of superstardom in the run up to releasing their sophomore album Supernova this year, before that this trailblazing duo could be found down underground putting on an explosive performance at Heaven. A performance which proved that these two stars are ever increasing in brightness, shining with confidence, charisma at their long-awaited hometown headliner.

Warming up Heaven were openers Alyx Holcombe and Connie Constance. Holcombe put on an electrifying room warming DJ set that showcased and celebrated everything great about rock and metal music from one of the hottest DJ’s around right now. Next up, Connie Constance brought energetic levels in equal measure, putting on a fresh display of hip-hop meets pop goodness.

Making their presence known is something that comes naturally to Nova Twins. Commanding the crowd with their charismatic presence, always captivating style and infectious personalities, guitarist and vocalist Love and bassist South have the audience like putty in the palm of their hands, kickstarting their fiery set with Antagonist. Unleashing into a mind-melting array of bass effects and menacing vocals, Nova Twins are crushing it from song number one, something that would remain a constant throughout the entirety of the evening.

Not wanting to stop for a single second and literally play about, Play Fair like its predecessor Vortex brings this era of the band to bombastic life, an album that has been in the desperate wait to get its loud and lairy live outing it definitely deserves, as a record released a few days before global shutdown. “I don’t play fair” screeches Love in the song’s killer chorus, the ultimate revenge anthem for those wanting to break down the barriers and hurdles that stand in their way.

“Do we have any bad boys in the building tonight?” begs the band before hurtling their way through the devilishly good earworm that is K.M.B, an appropriate statement with the song standing literally for Kill My Boyfriend. Combining elements of hip-hop and rap-punk to provide a call to arms to the hurt and the heartbroken in 90’s horror film style, a rave unfolds down at Heaven as the song unfolds on stage.

Despite their speedy rise-up the ranks as one of the most vital bands the scene has to offer right now, it has to be said that Nova Twins have had an unmistakable presence ever since the EP days of ‘16 and ‘17 and next set song Wave is a testament to this duo’s dominance ever since. “Do we have any fans that have been around since the EP’s?” asks Georgia, a reception of scream justifying this band’s fan base since day dot, who easily fill up over half the room down at Heaven.

“This is our biggest headline show to date in our hometown, are you ready to make it count” demands South moments before Nova Twins take on debut album favourite Athena, a song that demands a circle pit and gets what it deserves.

One of the many things that makes Nova Twins crucial advocates to the world is their clear-cut message for inclusivity of any kind. “Have you seen the signs around the room?” asks the band. “We are a band about pro-love, pro-respect which means everyone no matter what your race, religion, gender or sexuality is welcome here”, signs scattered around Heaven reading WE ARE PRO LOVE & RESPECT, a highly respectable message before new one Cleopatra comes into play. A track that takes empowerment and a celebration of who the band are, the songs chorus enforces this ethos of encouraging everyone from all walks of life to feel and act the same way and treat each other with kindness, Amy singing “I’m the type of girl who likes taking the lead/I don’t give a fuck what they say about me/They say I’m scary, I’m not ladylike, I act like a queen/And I’ll be wearing the crown whilst I’ll be kissing my teeth.”

“This is a hometown show for us and it’s blowing our minds” , bassist South exclaims before the band wrap-up their long-awaited hometown headliner with the sass and attitude filled Bassline Bitch and fan favourite Taxi, two songs career makers for this duo and ultimate set toppers for Nova Twins too, sent out in dazzling pyro style.

What the future holds for Nova Twins is nothing but super stardom and success. With their upcoming second album Supernova a reflection of who they are and where they have come from, for Nova Twins their dreams and triumphs are only going to get bigger and tonight’s sold-out headliner at Heaven is one of the many landmark moments this dynamic duo are going to be achieving for decades down the line. 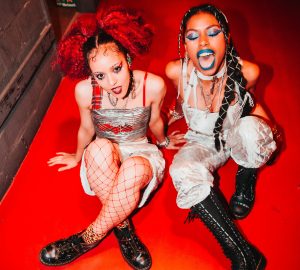