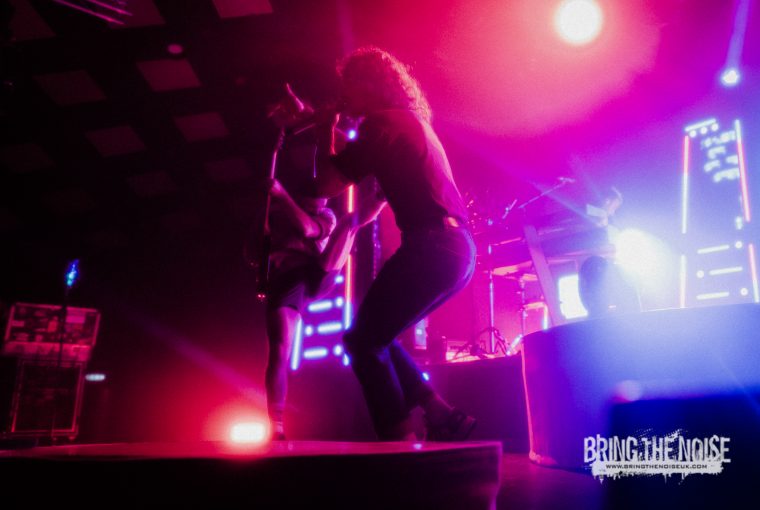 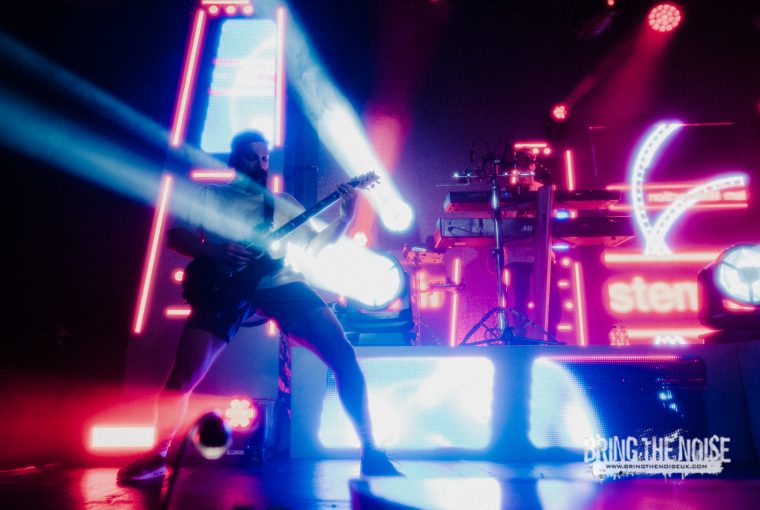 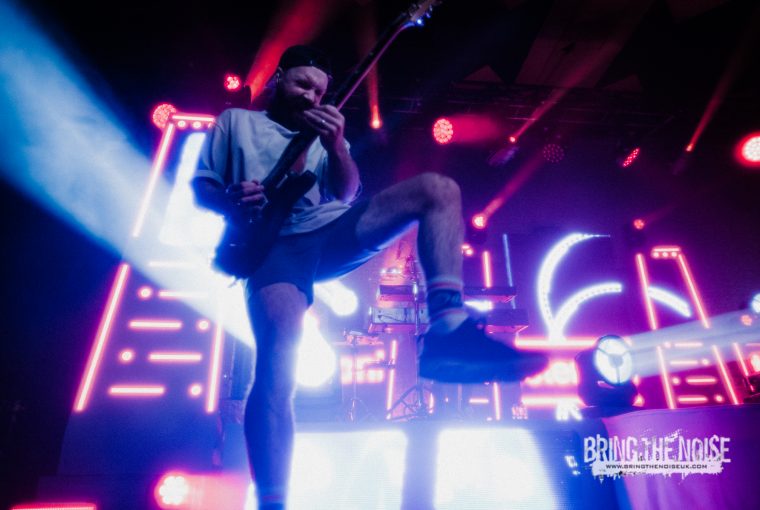 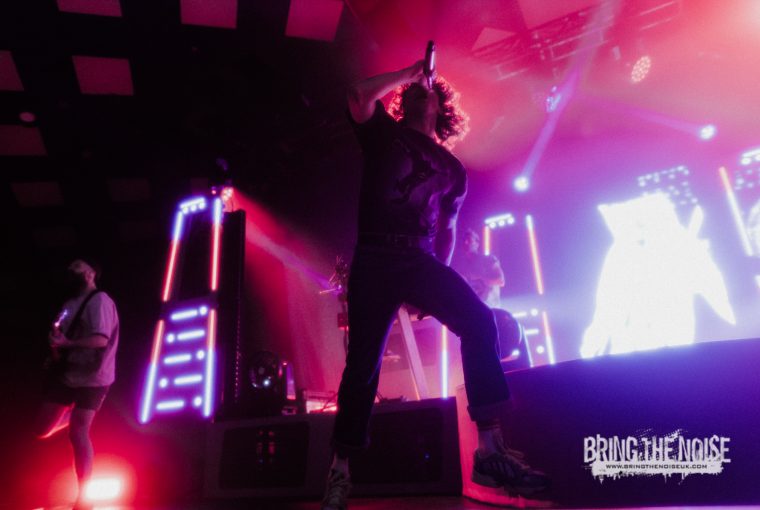 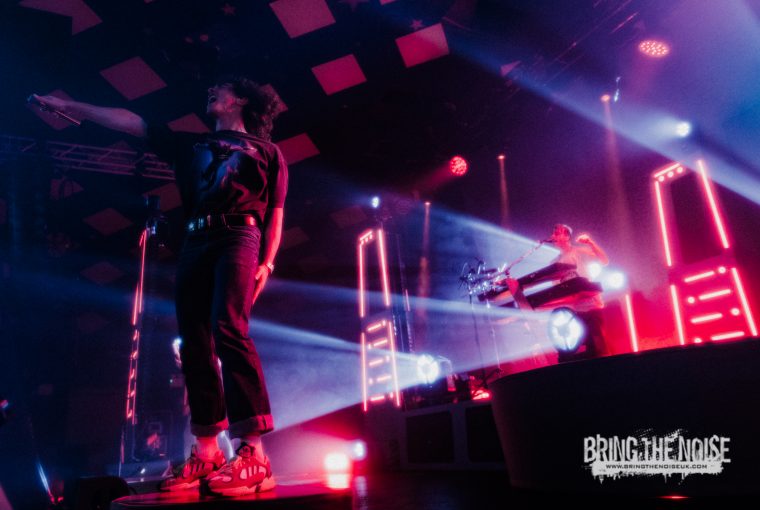 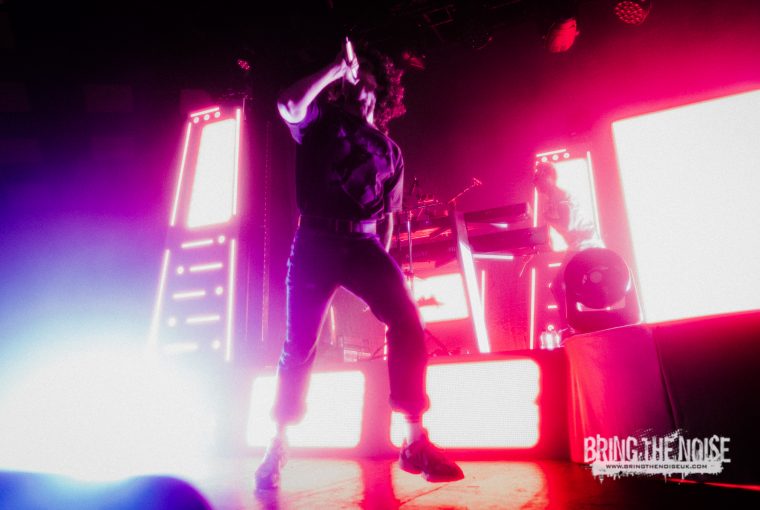 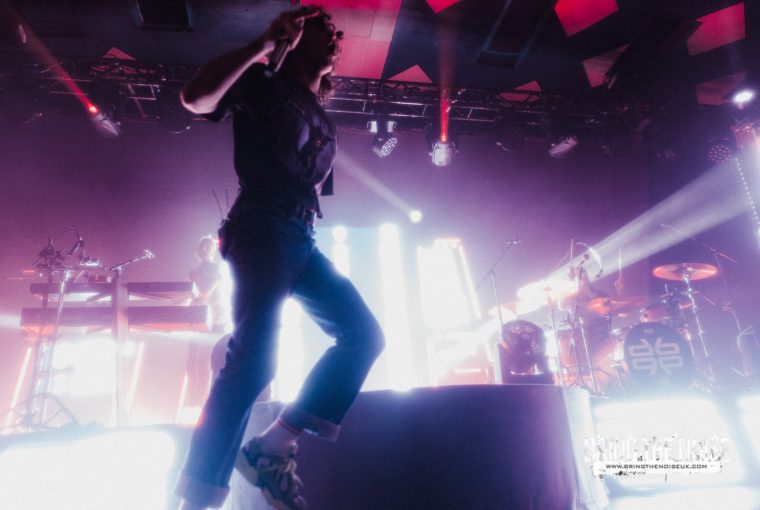 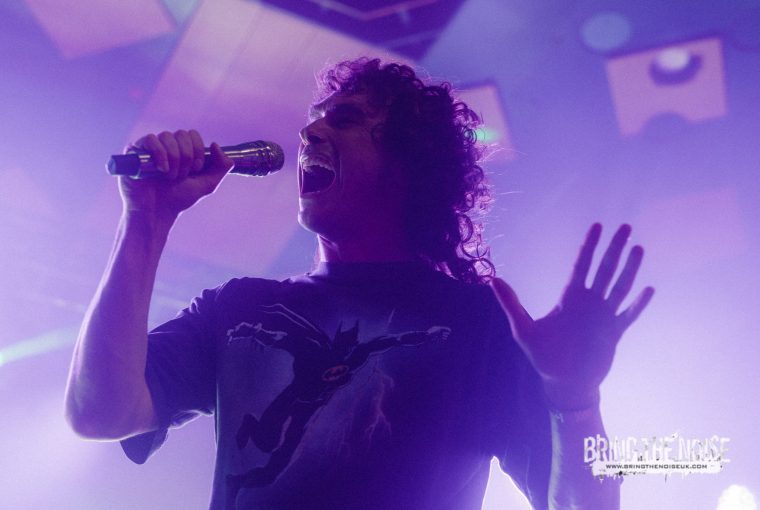 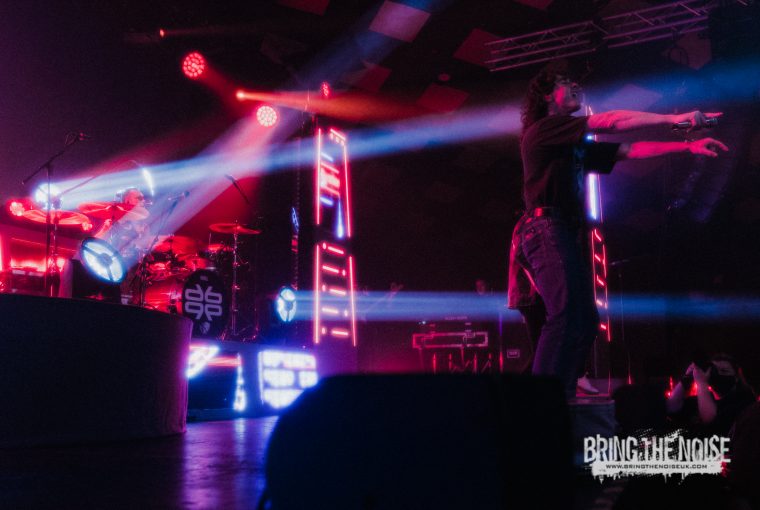 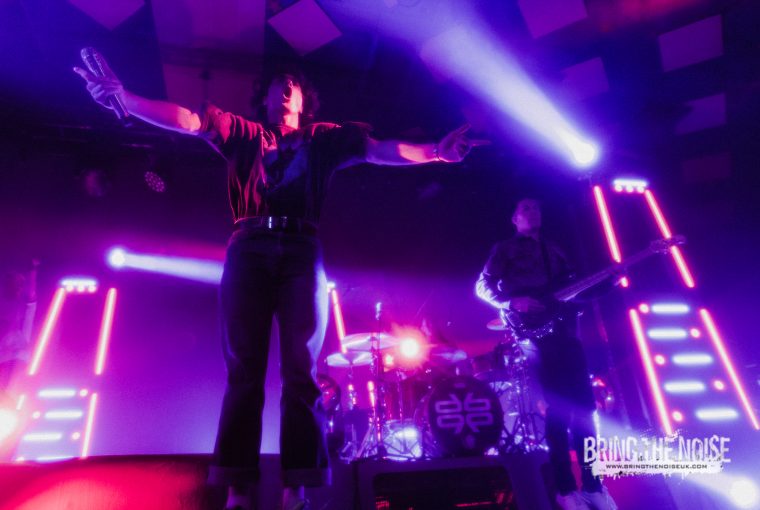 Don Broco are on unstoppable form. Somehow the band are able to blend a goofy sense of humour with modern pop aesthetics and nu-metal riffs and…make it work every single time.

Opening with a song as mental as Manchester Super Reds Number 1 Fan, a short, sharp banger that has as much to do with samples and pulsing synths as it does big riffs is a real statement of intent. This show is about having a great time and after almost 2 years of enforced absence from the stage, it’s clear both the band and audience are of one mind.

Technology and Pretty complete the opening salvo, crowd favourites that are performed with a confidence that most bands would be envious of. Don Broco are the kind of band whose sheer ability makes their songs compelling live, adding excellent sound and a dramatic and exciting light show to proceedings only ups the ante.

Live, the band sounds a little more aggro than they do on record and it suits the relentless energy of their performance and the thunderous mid-tempo stomps that make up the majority of their material. Uber and Action, featuring a class guest appearance from Kid Brunswick, in particular, brings the ruckus, the spring floor of the Barrowland Ballroom getting a real workout between a bouncing crowd and constantly erupting pits between the bellowing sing-alongs.

The set doesn’t ever really let-up, baring two deviations into slower territory with One True Prince and Nerve, and focuses mostly on the band’s latest two records. Which makes sense, they’re the albums that have propelled the band to sell out venues as prestigious as the Barrowlands, but it’s a shame that the few timeless bangers off the first releases are ignored. That said, the stand-alone single You Wanna Know, makes a welcome return to the set, raising almost everyone in the place off their feet for its duration.

There’s also an entertaining side-line into the Bad Boys Badminton Club where the band hands the audience a net, shuttlecock and a couple of bats to get a rally going between tracks. It’s unexpected, but it somehow serves to spark up the audience again, reinvigorating the evening rather than derailing it.

If Don Broco can continue to maintain this fine balance between first-class musicianship, good humour, huge hooks, and equally huge, hulking riffs they’re going to be crushing venues like this for a long time to come. 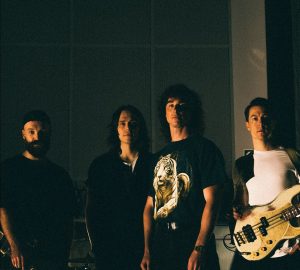