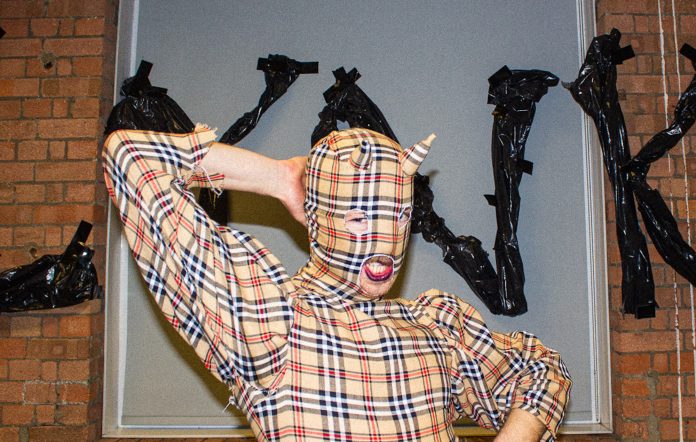 Lynks is an icon… that just isn’t recognised by the rest of world quite yet, but they will be soon. Their blend of noughties dance music, their insanely energetic live show, and their painfully relatable lyrics and ability to not take themselves seriously at all during their music just makes Lynks one of a kind. They are 100% ones to watch going into 2022. We were lucky enough to interview them after their raucous set at Leeds Key Club.

How was the show?

That was really fun, extremely sweaty, I think before we were all a bit nervous because we played Cardiff last night and we didn’t stretch before or after the show, and I think it’s the one lesson we’ll never learn no matter how many shows we do. So we all woke up this morning and were fully not able to move our bodies so we were a bit nervous for how it would all go however as soon as we got onto stage, the adrenaline kicked in and it was just like pure vibes, and it was our first time in Leeds, and the crowd were so fucking keen and nice so it was a bit of a dream really.

And you only fell over once!

Oh my god, look at my knee. It’s actually quite bad.

I couldn’t really tell because I was a bit further to the back so it looked like you dropped rather than actually fell.

Nah I fully fell like there’s blood on my knees right now.

Yeah, are you actually alright aha.

Meh, I think now the adrenaline’s dropping. Fuck me that hurts.

Moving onto my next question, how would you describe a Lynks live show to someone who has never seen you guys?

I’d say it’s a little bit like, God I should really have an answer for this shouldn’t I? It’s like a school talent show on 2cb.

Like a lot of crazy choreographed dance moves, a lot of bass, and a lot of painfully relatable lyrics. It’s a little bit like that scene in Mean Girls where they are doing that dance to like The Prodigy.

I think a lot of people would definitely go to that, as your more of an upcoming artist, how would you describe your sound to people in three words?

It was honestly just a series of fortunate events basically, it was like, I think Dean’s girlfriend had come to see me support Art School Girlfriend at Electroworks before the pandemic, and then I think they were looking for someone to feature on one of their tracks, and his girlfriend was like. “try out this person, maybe give them a go”. Dean checked me out, was into it, and was like, “fuck it, let’s see what they do, and if its good, then grand”, and then I did it and I think they really liked it. So, the first one I did was Bang Bang, and they were like you’ve got until the end of the week to do this and I was like, “oh fuck, that’s no time at all”, but then I got it done in two hours. Yeah, I literally went down to my basement, recorded it, and they were like – do another! So then that got me on Go Get a Tattoo, and that was obviously a single, so we did like a music video and stuff. I definitely didn’t expect it, and it was my first time performing on like a punk track, with guitars and shit, and I never thought I would do that really. I’ve always thought of myself as more poppy/synthy stuff, and it’s made me realise there is a big punk overlap, like my music does have a punk element to it, and my vocals are quite punk and I’ve just never realised. In the music I’m making now I’m definitely channelling up that aggression, and yeah, I’m really enjoying trying to be more aggressive with my vocals, and I’m enjoying it a lot.

I watched that interview you did with Frank Carter where it was you supposedly interviewing Frank Carter but, in the end, it was just you guys chatting shit

Oh god, I haven’t watched it yet. I find it so difficult watching myself speak. I hate it, I can’t do it.

Oh really, you’d think being a singer, you’d maybe be more used to it.

Yeah, singing is fine. It’s just speaking, you know it’s like you listen to your own speaking voice and it’s a nightmare. You think I’d be fine with it but not yet aha.

That interview was a great watch, and in the interview, you said you were getting a tattoo that day, so I was wondering how getting your first tattoo went?

I’ll just edit it out don’t worry, the world can think you got a tattoo.


So, do you have any dream collabs in mind, because you’ve collaborated with the likes of Charlie Steen, Frank Carter, and Grove, is there anyone you’d absolutely love to collab with?

Oh my god, there’s loads, where do I even begin with – Self-Esteem, who I’m obsessed with. After the Chaise Longue cover I wanna do a Wet Leg cover big time, because that song and Wet Dream are both so good. If we are going on like big scale, St Vincent is one of my big inspirations, I love her so much, there’s something so camp and glam about her music, and her production is also just the best ever. I’d be also really interested to work with some PC artists like A.G. Cook, and obviously she’s passed now but to work with SOPHIE would have been my no.1 dream collaboration. There’s so many people, like the list is endless, Shy Girl are another one.

Like I was saying to you yesterday before I started recording the interview, I was saying how I had seen you at Wide Awake and Latitude in the summer, and at both those gigs you got Shame’s lead singer Charlie Steen to come up on stage and perform the dance routine to This is The Hit. I was wondering whether it was hard to come and persuade him to do that, because I’ve seen Shame live and it definitely caught me by surprise when he came onto the stage and started dancing.

Oh he was so fucking game for it, like there wasn’t a moment where he was even thinking about saying no for it. I was like, “feel free to say no, but how would you feel about doing some choreography” and he was like “show me the moves”, and for him as well, he has been touring and gigging since he was like 17, so like in a way I think he relishes finding something completely new for him to do on stage. I feel like it might be quite exciting for him to try and do some choreography, because I can’t imagine he gets to do it much on the Shame set.

Maybe on the next tour – who knows, so when I was looking you up, I couldn’t find your name or anything really related to what you look like, so I was wondering how long you were planning on concealing your identity for? – if that’s the plan

Obviously the bigger you get, the trickier it’s going to be.

Yeah, I think my name is out there but I’m not going to tell you it aha. I looked through google and got rid of all images to do with my face, and if my name gets out then that’s okay because it’s not connected to my Facebook or anything like that so good luck motherfuckers!.

Aha, so recently you released BBB, how has the reception been?

It’s been great, when we put it out, it was very shameless but we wanted this to be a big thotty anthem, and the thottage is coming in thick and fast and it’s pretty much made for dancing in front of your phone to, and people tell me it’s my new workout anthem – big bad bitch – yeah, I absolutely love that! If I can make working out less horrific then… wonderful aha so yeah, it’s been really good, and it is a bit different and in a good way, it’s trashy vibes, which I love and I loved making it so much. Working with Grove is great, I’m obsessed with them and I think they are going to be one of the biggest stars on the planet so I’m happy to get in there early aha.

So, when, and where can fans expect to see you on tour in the next few months – have you got plans?

Yeah, so were supporting Frank Carter on tour, and playing big venues which is a bit scary.

Yeah true, but we’re actually supporting them this time rather than just going on for one song. Then probably end up going on during his set, and then in March, we’re doing our own headline tour where we’re playing some big venues which I’m a bit terrified for.

Lastly, should fans be expecting to hear more EPs from Lynks or an album anytime soon? 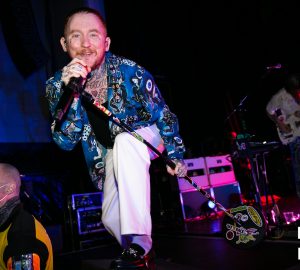