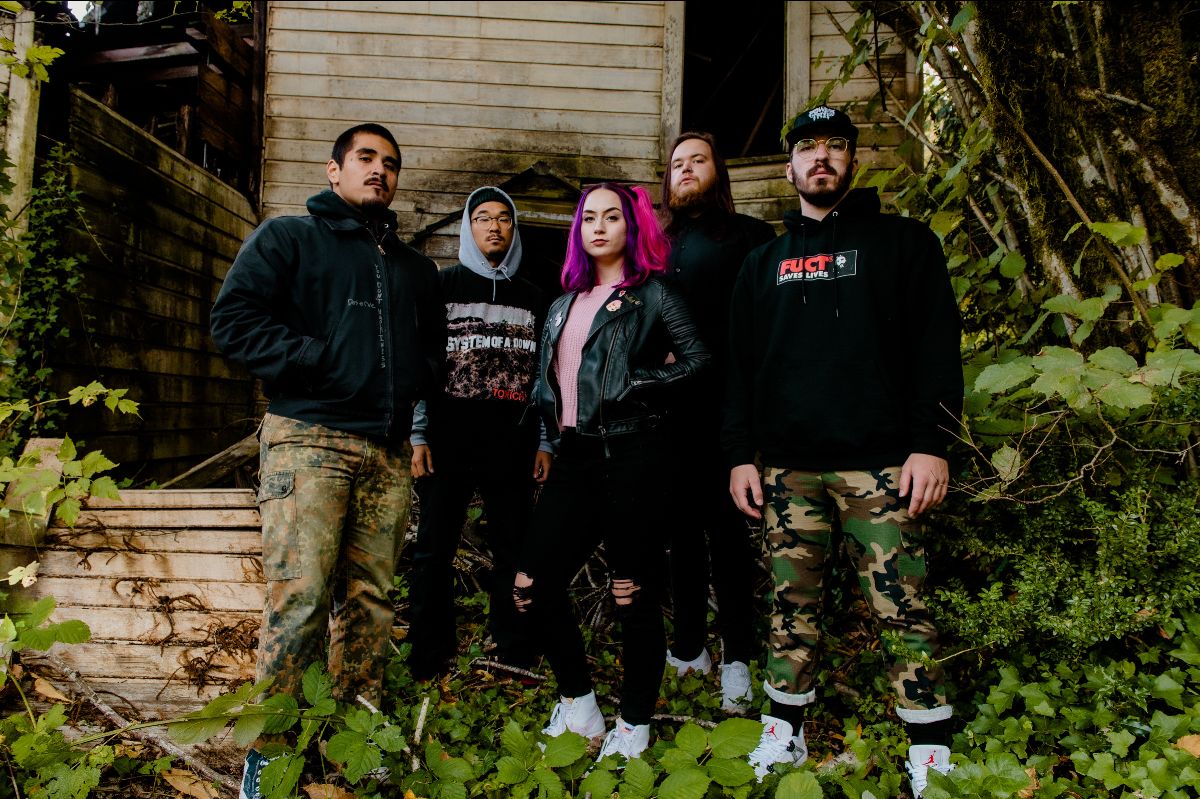 Hardcore quintet Dying Wish have released their new single Severing The Senses, taken from their forthcoming debut album Fragments of a Bitter Memory.

Speaking of their new single, lead vocalist Emma Boster explains: “I wrote the lyrics at a time when friends of mine were coming forward about their experiences with abuse after years of their stories being invalidated and suppressed. As a survivor myself, it was triggering for me to see their bravery met with even more denial and excuses from the person who caused them harm. That feeling of anger and sadness I get in those moments will forever be unparalleled. ‘I cannot escape this torment granted by the hand of a coward’ is specifically about those triggered emotions.”

She continues: “After growing up in a home where I experienced violence, I had a very distorted expectation from men. As a result, I found myself in a relationship where I experienced other forms of abuse. ‘I felt the weight of every mistake you made’ and ‘I took the blame each time you broke my heart’ refers to the gaslighting and manipulation I dealt with in my first relationship. It’s a story I no longer tell because of how many times I’ve been told that my trauma wasn’t real. The idea of the letter on the deathbed is intended for the survivor to have the last word so they never have to feel invalidated again.”


Fragments of a Bitter Memory is set for release on 1st October 2021 via SharpTone Records and is available to pre-order HERE.