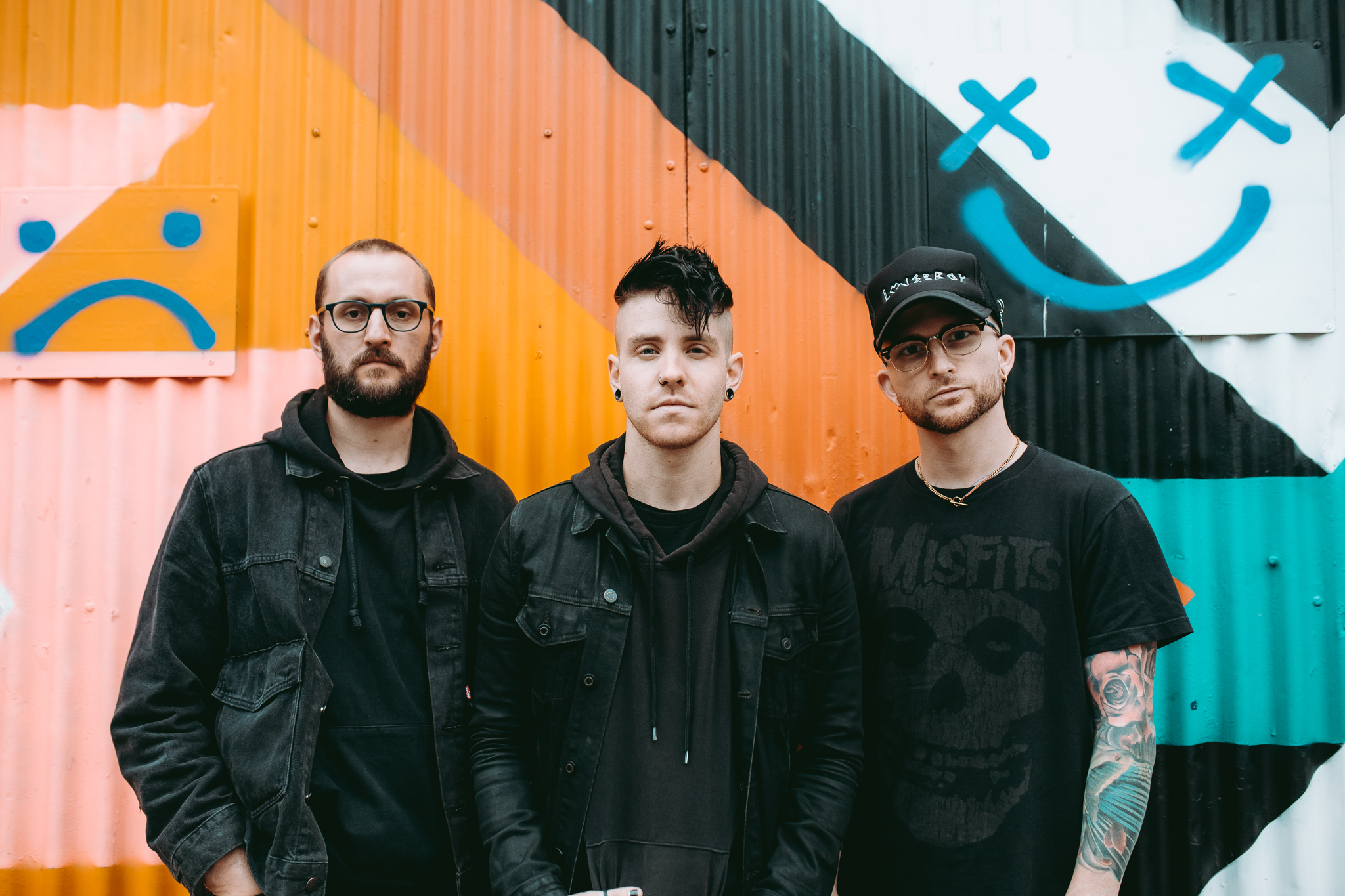 As It Is are a pop-punk band everyone should know. After three huge records, the band have been fairly quiet since the massive The Great Depression dropped in 2018. However, this brief hiatus is over now as in the last few months, the band have dropped singles IDGAF, I Lie To Me, and more recently a surprise double drop of ILY, HOW ARE YOU? and IDC, I CAN’T TAKE IT. So, we decided to catch up with lead singer Patty Walters and guitarist Ronnie Ish about these new singles, their future plans, and how good it is to be back playing live.

So, guys, how was your set today?

Nice, so with live shows kind of fully coming back now, does it feel like there’s any difference in the sets before and after covid?

P: I think I’m more appreciative, like if you didn’t live Covid, you wouldn’t know that the set is any different, but it just feels different. There is just something in my heart and my head that is just different about me and this because we’ve only just re-emerged into this industry and into touring again. So yeah, I’m just so so thankful.

Ronnie: It’s a strange feeling, like I feel as if this is the least, I’ve ever moved live. I’m all over the stage much like Patty, but today I took the opportunity to plant myself and take as many opportunities as possible to look as many people in the eyes. I’m super thankful to be here, and super thankful to be back, because at one point it didn’t feel like it would happen again, so it feels great.

In a way, does it feel like you guys have managed to become closer with the fans since this time away?

P: I think so. I think more than any fan, we, as in us in these bands, are just fans, like if you’re on this scene, it’s because you are a fan of this scene, so it’s just reminding me that we are all the same kid standing in the crowd, horns in the air, moshing, crowd surfing. It’s just really made me realise that we’re all just one kid that loves music, and it’s a huge piece of our identity. It’s not just like pop music, if you’re a participant of this scene, it’s a huge piece of who you are, and it just made me really love and admire everyone who is still supporting live rock music 100%.

R: Took the words right out of my mouth.

Great answer, that’s a hell of a speech, so you guys recently released two new singles, I was wondering why you decided to drop these two singles at the same time because band don’t often tend to do that – is there any specific reason behind this?

R: Thanks man, these two particular songs were written back-to-back, ILY, HOW ARE YOU? was written first, IDC, I CAN’T TAKE IT was written second, there was a vibe to both of them where one of them was like checking on your friends, and one was like I could care more, and one was like I could care less. So two delivered two opposite perspectives, so it felt like after three years of not releasing music, it felt like a good thing to do, plus we love to drop a surprise double drop – boom!


We love to see it aha, you also released two other singles before your recent double drop, and I know it’s still early days, but how are they going down live?

P: Oh wow, those songs got a really really great response. I was thrilled and so pleased that people had really embraced the new stuff, you hope that people like it but you never know, you write songs that please you first and foremost, and you just hope that other people feel something because of that. Yeah it was really really special to see songs we wrote during lockdown that we’ve never performed live just go off live so yeah it was very fun.

P: We wrote I lie to me over Zoom, like most of these songs.

R: ILY, HOW ARE YOU? – Zoom, IDC, I CAN’T TAKE IT – Zoom, all but probably three or four additional songs were over Zoom.

So, was there quite a bit of anxiety when you were going to be playing them live as you weren’t sure how they were going to go down because you hadn’t actually played them together?

P: Yeah, the first couple of times there’s always anxiety because you don’t want to screw them up live. You’re mostly worried about that, but the songs went off and people really embraced it, it was very cool to see.

That’s great, so with your new singles, are they part of a record or an EP, or are you just releasing singles because you want to?

P: Nah we’re cooking up an album, there will be details coming soon.

Ooo, can we get an exclusive?

Well, we’ll have to keep our eyes out for that, so similarly, what do the next 12 months look like for As It Is?

P: Looking to get back on tour as soon as possible.

R: Yeah, as soon as it’s safe for us to tour. We’re looking at doing another world tour.

P: We want to see it all, this is what I mean though. I saw a lot of my living room, I want to see a lot of the world for a change.

The UK’s a good start!