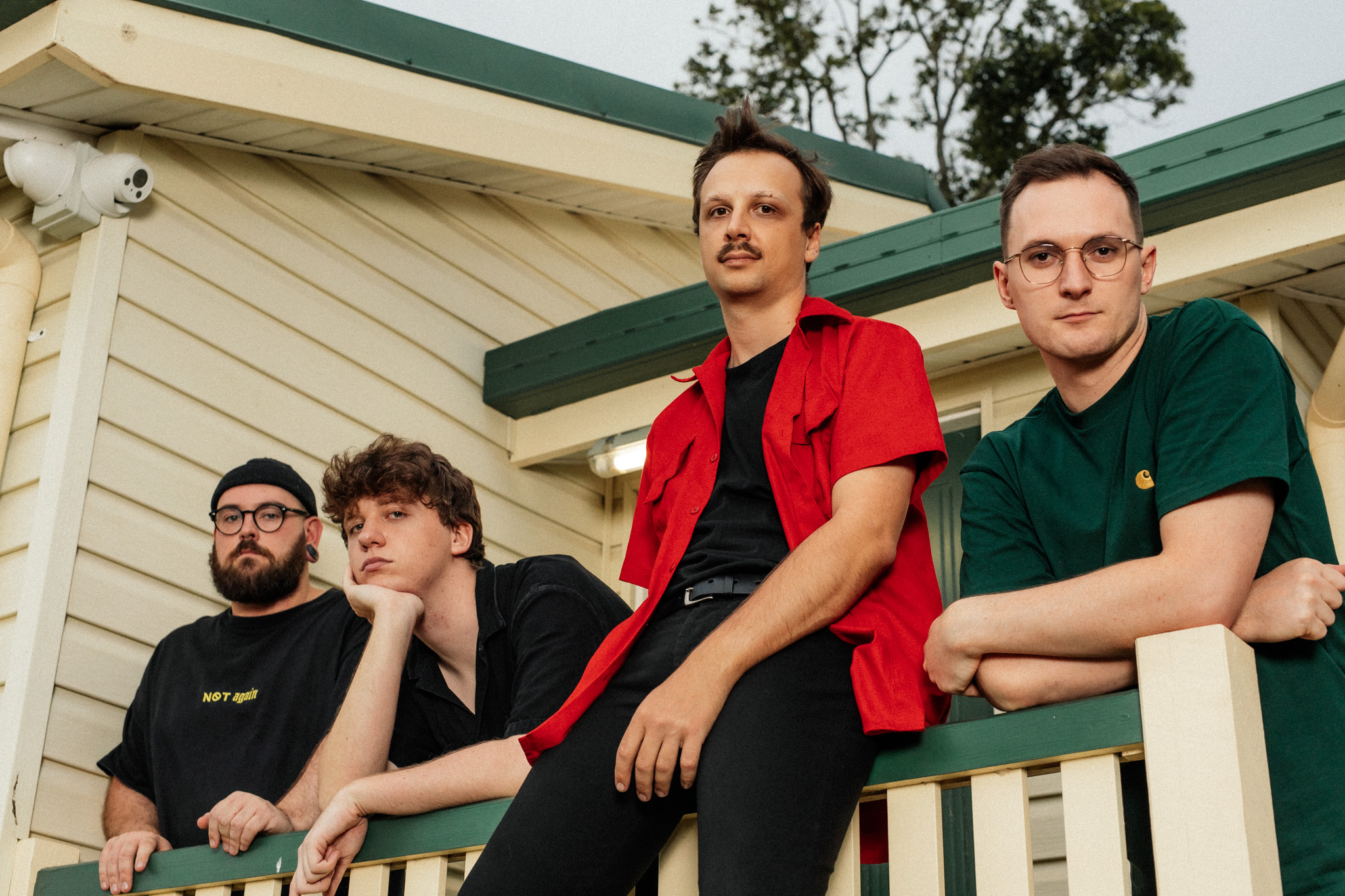 Rising Australian quartet Waxflower are on the verge of releasing their new EP We Might Be Alright, a heartfelt record that explore hopefulness, unity and finding strength within yourself. We caught up with drummer Daniel Seymour ahead of the release to discuss his first musical memory, the band’s formation, influences, ambitions and more.

My name is Daniel, I play drums in Waxflower and we’re all from Australia! We want to play honest, heartfelt emotional rock (some might even call it pop-punk), connect with as many people as possible and travel the world playing music (a little hard at the moment, but you gotta dream!).

I’ve known Tristan for a while now, maybe 10 years! He messaged me one day with a couple of demos. I think he just wanted me to drum on them, but I instantly connected with the music he was making and demanded he let me play drums and that we all start a band. Nick and Jordan were already on board, so we booked a practice room and got to work!

I was 11 years old and my friend showed me a Green Day record (I think it was Nimrod). I couldn’t believe that the angst, emotion, frustration I felt as a pre-teen could be expressed through music like that. A few months later I demanded drum lessons and it all went from there.

Speaking for myself, artists like The Dangerous Summer, Underoath, The Wonder Years and The Maine inspire the parts I compose on the drums. Tristan pulls heavily from nostalgia and bands such as Jimmy Eat World, Say Anything and Hey Monday for influence.

Connect with those who care about our band, travel the world playing music and play the biggest shows any band with four guys who like niche emo could play!

For those who are yet to see you live, what can they expect from a Waxflower show?

Passion, emotion and some great backing tracks We try to make each performance a little different from the last and add thought and detail to each one. I’d hope from start to finish, they’d be enthralled and be able to take some pleasure and entertainment from our show.

What’s next for Waxflower?

Waxflower cryptocoin in the works, then maybe some new music. We’ve got an EP out April 16th as well, spin that!

Waxflower‘s new EP We Might Be Alright is due for release on 16th April 2021 via Rude Records, available to pre-order HERE.