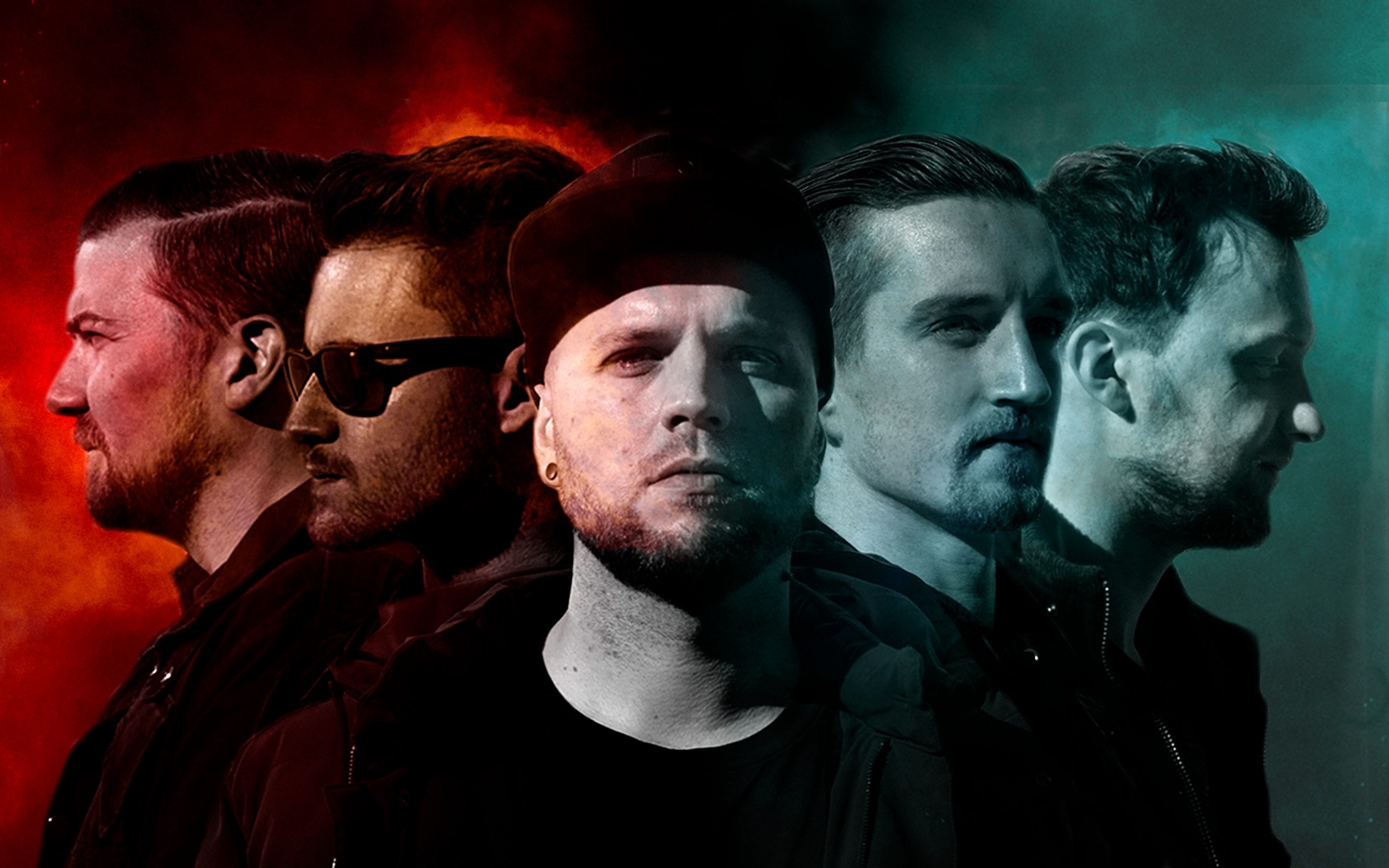 Last month Arcaeon released their debut album Cascadence, cementing themselves as ones to watch with their captivating blend of technical metal and progressive metalcore. However Arcaeon‘s talents don’t just lie in music, as the band released a self-made Gameboy game alongside their single Zenith II: Arcadia, crafted over seven months by bassist Eifion Sweet. We caught up with vocalist Stuart Sarre to discuss the band’s formation, influences and more.

My name’s Stuart, I’m the vocalist for Arcaeon, and I love smashing bags o’ wine to the sound of sweet technical riffs at a campsite with friends. I’d describe our debut album, entitled Cascadence, as progressive metal fine-tuned with perfectionist tendencies, into a hyper-charged amalgamation of spicy beef-core. We’re close as a band, if not in person during the lockdown then in spirit, and we love to make music (and 8-bit games too).

A few members used to be in a band called Clockwork, then our bassist joined from Doomed from Day One and I joined from Sentience after that. Arcaeon has been going since early 2017 so the band is about four years old now.

It wasn’t a sudden realisation as such, more of a gradual yet unrelenting drive since my early teens to make weird and wonderful sounds that come from the orifice of my cranium. Way back in the day I remember doing a live performance where I literally had no lyrics, I just screamed into the mic vaguely in time with the rest of the outfit, who we cobbled together for a show at a Yates bar in Doncaster. I remember getting a good review for that show and I thought, I wonder what would happen if I actually wrote lyrics and tried?

There’s tonnes of diversity in the music we listen to, but I reckon the following influences have the best alignment with our new album.

• Video game soundtracks, such as Final Fantasy/Zelda/PS1-era aesthetics.
• Devin Townsend – not being afraid to stray from convention, but still being wholly listenable and incredibly diverse and impressive.
• SikTh – almost cinematic in sound, a wonderful weave of ideas that standout as being very different, but at the same time technically and sonically impressive.
• Vangelis – a huge influence in the soundscapes in Cascadence.
• The Midnight – modern synthwave with everything in the right place.
• Virtual Riot – one of our biggest influences when it comes to modern wavetable synthesis and electronic music.

We set out to write a full-length album, which is done. For the next project we’re working towards the idea of a double EP, with contrasting styles of music on each. I think it’s fair to say that we have no strict rules around music creation, but this idea has been the premise of our early demos for our future release. One of the things that our guitarist Rhys has been wanting to achieve for a while now is an endorsement from Monster energy drinks.

For those who are yet to see you live, what can they expect from an Arcaeon show?

Blisteringly fast fret navigation, supersonic drum stick smashing, nerve tingling synths and a nice shiny bald cranium. I mean, everyone knows that Arcaeon shows are all about watching my nice glistening orb steaming with condensation and dripping with sweat droplets, refracting stage lights into the back of your skull so you feel like you’re entering the multiverse? I guess maybe not everyone thinks that. But if we ever get back onstage after this pandemic is over, I think that’s what’ll be in my mind onstage. Literally.

Our debut album Cascadence is out now, including exclusive merch bundles are available from HERE. Please purchase generously, so that Rhys can continue to buy cans of Monster and finally get his energy drink endorsement. <A>

The band’s Gameboy game is available to play online and downloadable for use on Gameboy Color emulators – check it out HERE.