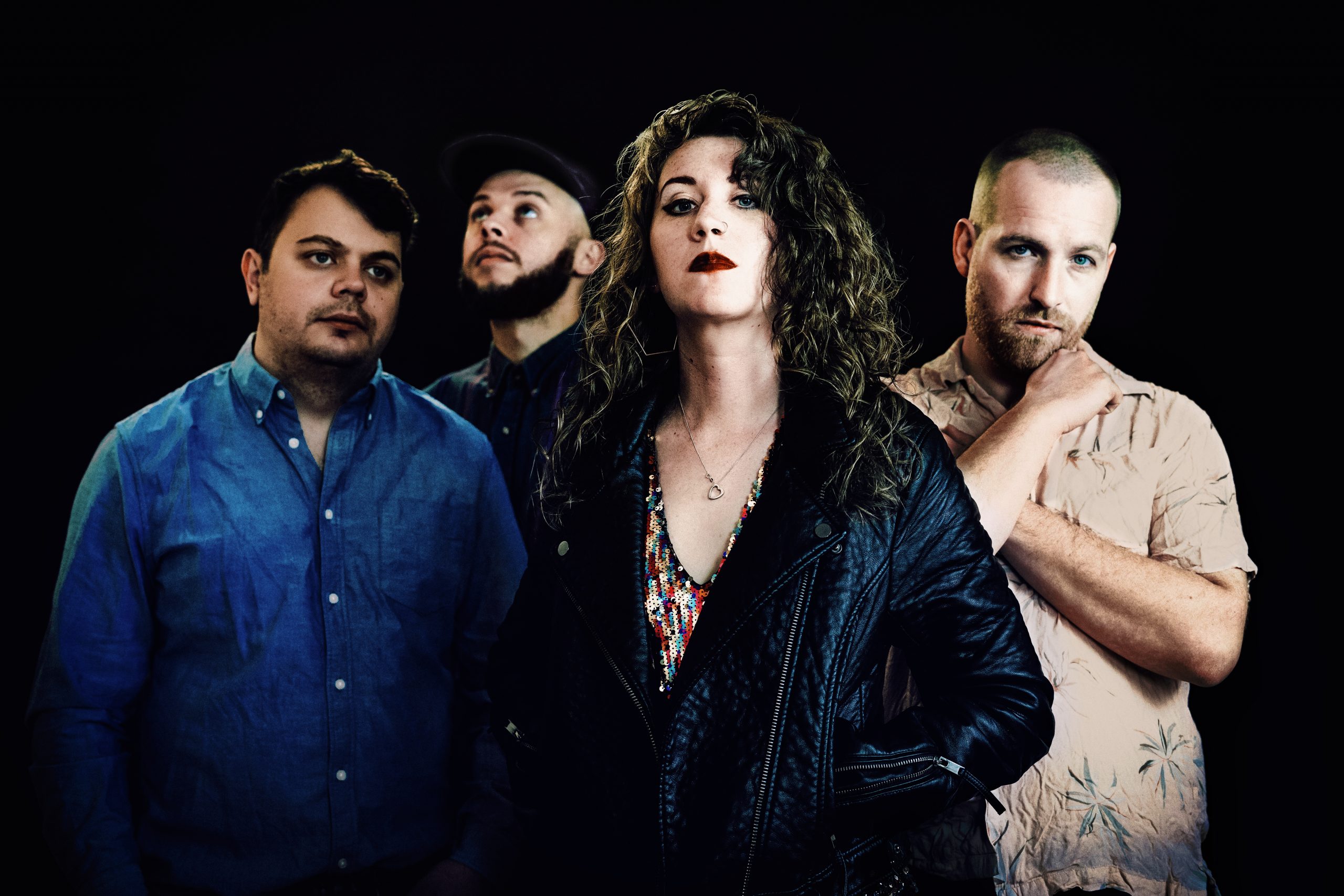 Atmospheric rockers The Hyena Kill have embarked on their next chapter, welcoming two new members, Sam Jones (guitar/synths) and Charlie Seisay (bass), for the release of their sophomore album A Disconnect. In the lead up to the release, which is out today (5th March 2021) via APF Records, the quartet revealed a series of singles, including the incredibly powerful Bleached. We caught up with the band to find out more…

Sam: In a record where I think we’ve really tried to push what this band can sound like to its breaking point, this song has been built from the ground up to be an audible punch-in-the-face. It’s ignorant, simple and incredibly loud, in a way that we felt really accentuates the other tracks that surround it. It’s also going to be a hell of a lot of fun to play live when things get back to normal.

Dobbs: This song was written in about half an hour. Lorna, Charlie and I were ironing out some stuff on a few other tunes and I threw the Bleached riff in the mix, as a possible other section for a song. We instantly started jamming on it and it took on a life of its own. It was raw power straight out the gate. No bells and whistles, just straight up punk rock.

Lorna: This track took very little time to write. It was down within a few hours of rehearsal. With songs like this you don’t need to chew over them, they spill out of you and say what they want to say in their initial manic creation. Too much fine-tuning and it loses its rawness and edge.

D: Like a lot of the stuff I write, I do it almost unconsciously in the beginning stages. It’s not until I’ve written half of it that I take a step back and figure out what the fuck I’m trying to say, even then it’s not a linear process. This song was no different. The chorus came first and really set the tone, the lyrics just spilled out. It was easily one of the easiest set of lyrics I’ve ever written. Usually it’s laborious as hell.

L: We wanted a music video that would reflect the chaos of the song. As it’s the first video with all four members in, we figured it made sense to do a performance video to introduce the new line-up. Massive thanks to Henry Shaw for helping us film this one. It got pretty up close and sweaty in that room.

L: We had a few drinks that day in a bid to “loosen” ourselves up for the shoot. I drank far too much, even after spilling an upsetting amount of JD on the floor over and over again, I could barely hold my sticks by the last few takes. Dobbs fell asleep on the couch in the corridor. Sam and Charlie did a great job of powering through.

D: I was that pissed during filming that when I watched it back, I realised I don’t remember a single second of that whole fucking thing.

S: We want to keep our hands close to our chest when it comes to what else you can find on the new record. This is a very small taste – and also kind of a misdirect. Stay tuned for the full release!

L: This album is incredibly close to my heart and I can’t wait for people to hear it.

D: Out of all of the releases we’ve had over the years this is the one I’m most proud of. I feel you can really hear and feel each members’ personality in the music. It’s a fucking beautiful piece of art and I’m glad we finally get to release it into the world.

The Hyena Kill‘s new album A Disconnect is out now via APF Records, available to purchase HERE.