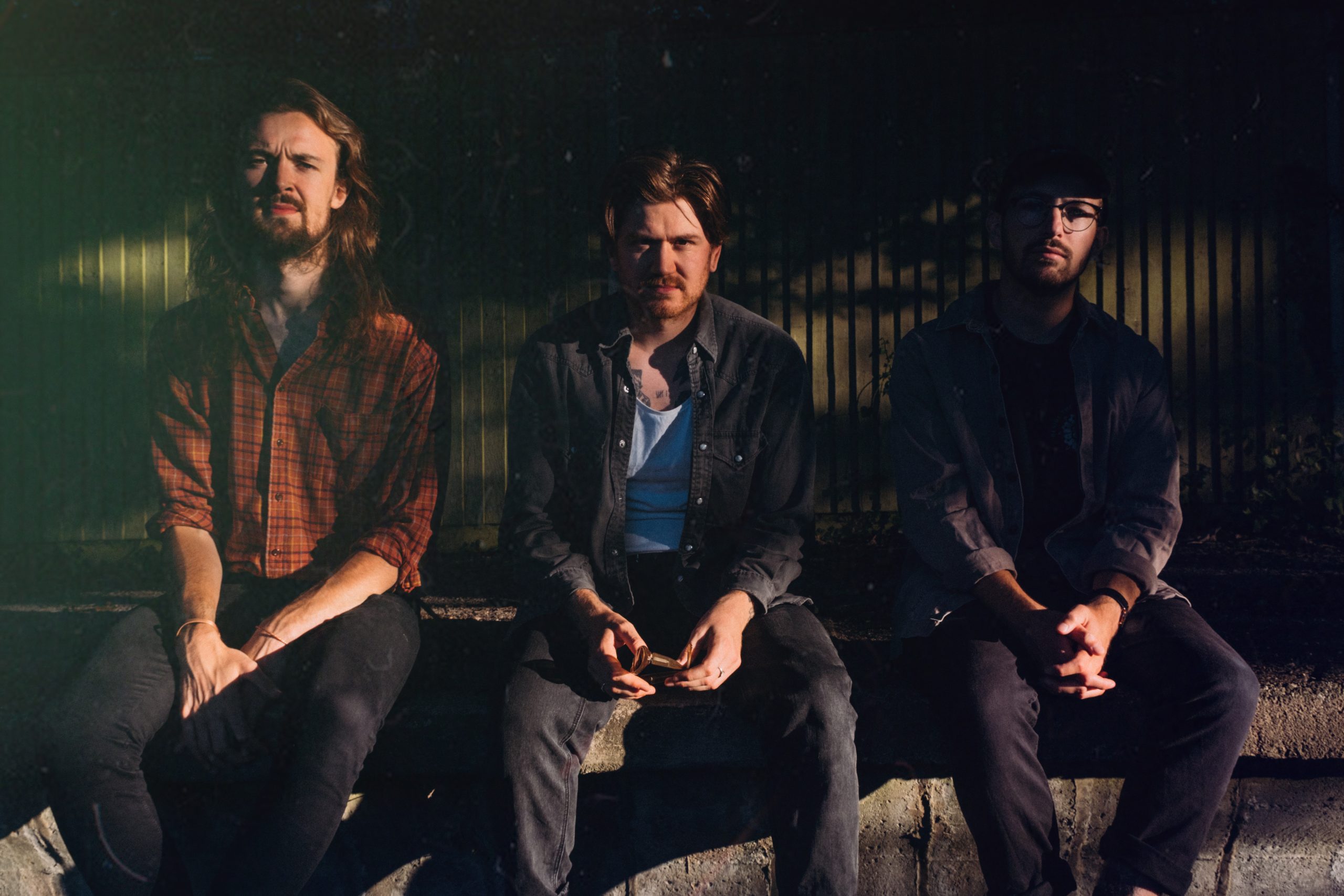 Indie rock newcomers Muttering have announced their debut EP Don’t Think About It, due for release on 9th April 2021 via Failure By Design Records.

The trio have also released a video for their new single Swim.

“I read an article that suggested the worst thing you can do for the environment is have a child. The idea that you could bring a child into a world that was destined to be catastrophically wetter was playing havoc with my commitment to procreation. These shocking possibilities weren’t only considered by Kevin Costner’s ‘Mariner’ in the 1995 bellyflop ‘Waterworld’, after all…” says vocalist Chaz Bush discussing their new single.

“I was consumed by the contradiction of stopping the spread of the human race to protect the human race. We were aware and focused on building something that was never going to last. Why? And can you swim?”

Like what you hear? You can stream or purchase Swim HERE.