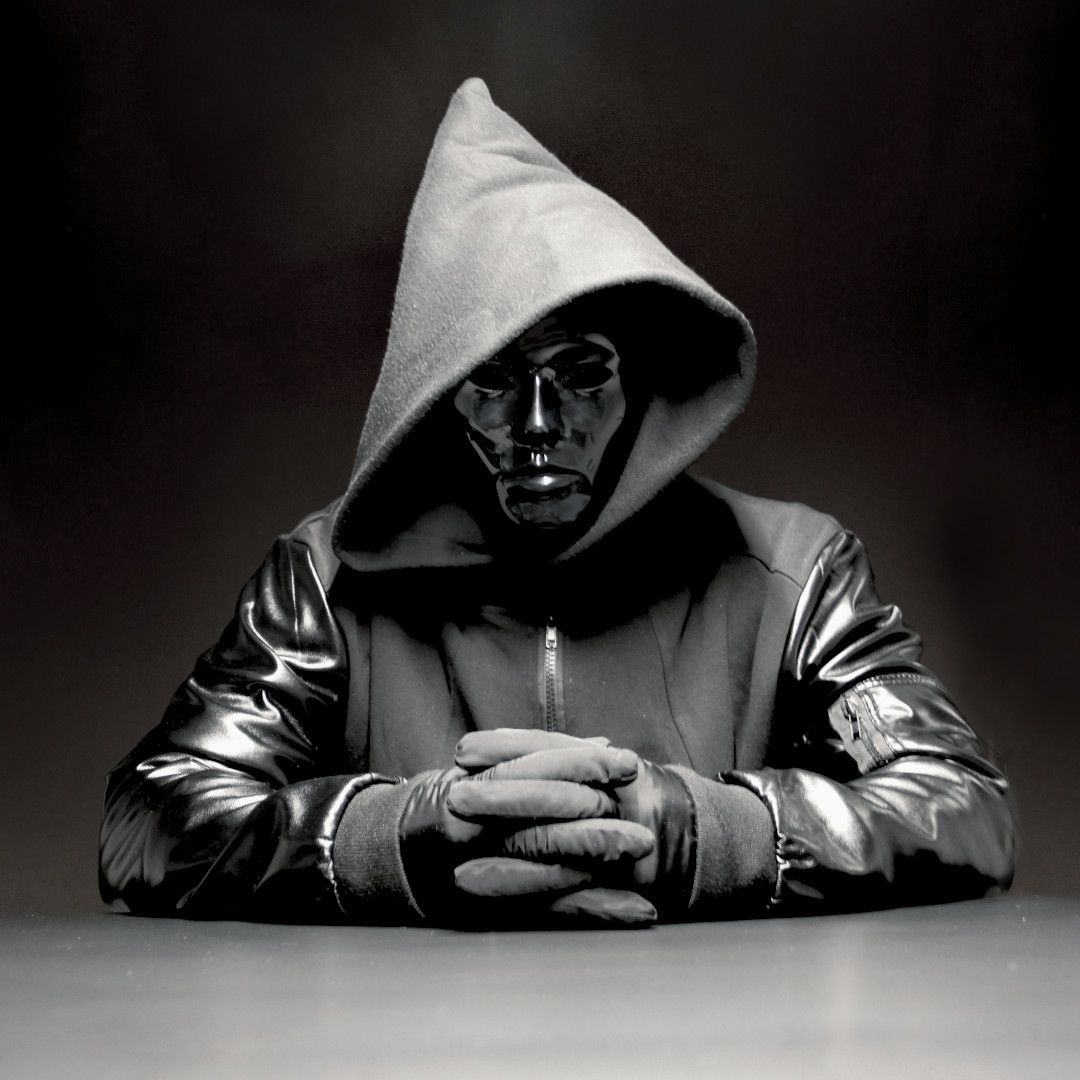 Emerging from the Belgian darksynth and metal scene, mvsic2mvrder2 is ready to be heard. This week the masked artist released his ominous debut EP, BlakGod, offering a refreshing take on black metal riffs and gabber/hardcore beats. We caught up with m2m2 following the release to find out more…

Firstly, tell us a bit about yourself.  I’m the guy behind the black mask and have been active in underground music for quite some time now. Coming from the both the metal and the electro/synthwave scene I thought it was time to do something ff-ed up. How did the band form and how long have you been together?Well, there is no band, yet! But I formed in my mother’s womb – I think my parents might have been on acid and listening to ritual Slavic chants during my conception because I came out all wrong. Or right, depends on the point of view probably. I started experimenting with this ‘style’ a couple of years ago, but released my first track Deximation mid-2020. Can you remember the first time you realised you wanted to make music?Absolutely, although this was probably like 100 years ago: the first time I heard Metallica’s Ride The Lightning. That’s when I thought: damn, this is what I’m going to do the rest of my life! Just the sonic impact of that record was something I really connected with. Furious, relentless yet musical and well thought out, man it took me to another place. My dad, who is an avant-garde musician, got me an electric guitar for my 14th birthday and I just never stopped ‘shredding’. Who and what are the band’s main influences?If you ask people “what is the most extreme music you know?”, they would probably say either ‘metal’ or ‘gabber’ (extreme hardcore techno). So I was like: ok, let’s make an abomination and mix those two up. The earliest tracks I made were literally screeching black metal riffs where the drums were replaced with gabber beats. And to my surprise, it bloody worked! At least to my ears it did, being a huge The Dillinger Escape Plan fan, I’m used to a lot ha! Then the riffs got heavier and I started using my old 8-string guitar again. The heavier riffs bring a nice counterbalance to the pounding gabber parts. So I’d say for gabber my biggest influence atm is The Satan. The metal parts are starting to sound more Korn-ish maybe. I love Phuture Doom btw.

What do you aim to achieve?The perfect fusion between electronics and metal. But not in the typical American DnB/metal way. I strive to give it a ‘cool’ edge. I want people that hear my stuff for the first time go: oh that’s actually fresh! The weird thing though, is that some people link this with cyber goth and glowsticks, which I have absolutely nothing to do with. I mean all the respect to those guys! But my visual aesthetics are much darker / surreal. For those who are yet to see you live, what can they expect from a mvsic2mvrder2 show?I’ve been giving this quite some thought lately, M2M2 started releasing music in 2020, full on lockdown so the emphasis was more on the online/visual part. Although I make this music alone, I’d like to get on stage with some extra members, exclusively for playing gigs. Maybe a drummer and a bassist. So still some plotting to do on that side. Sonically, the subs will hit you so hard you will be headlbanging against your will.  What’s next for mvsic2mvrder2?I’m already working on the first full-length album, that will come out after the BlakGod EP, which was just a little insight of the mayhem to come. I’d love to do some cool collabs with other musicians, singers, rappers, whatever makes it fresh. So hit me up!

mvsic2mvrder2‘s debut EP BlakGod is out now, available to stream or purchase HERE.