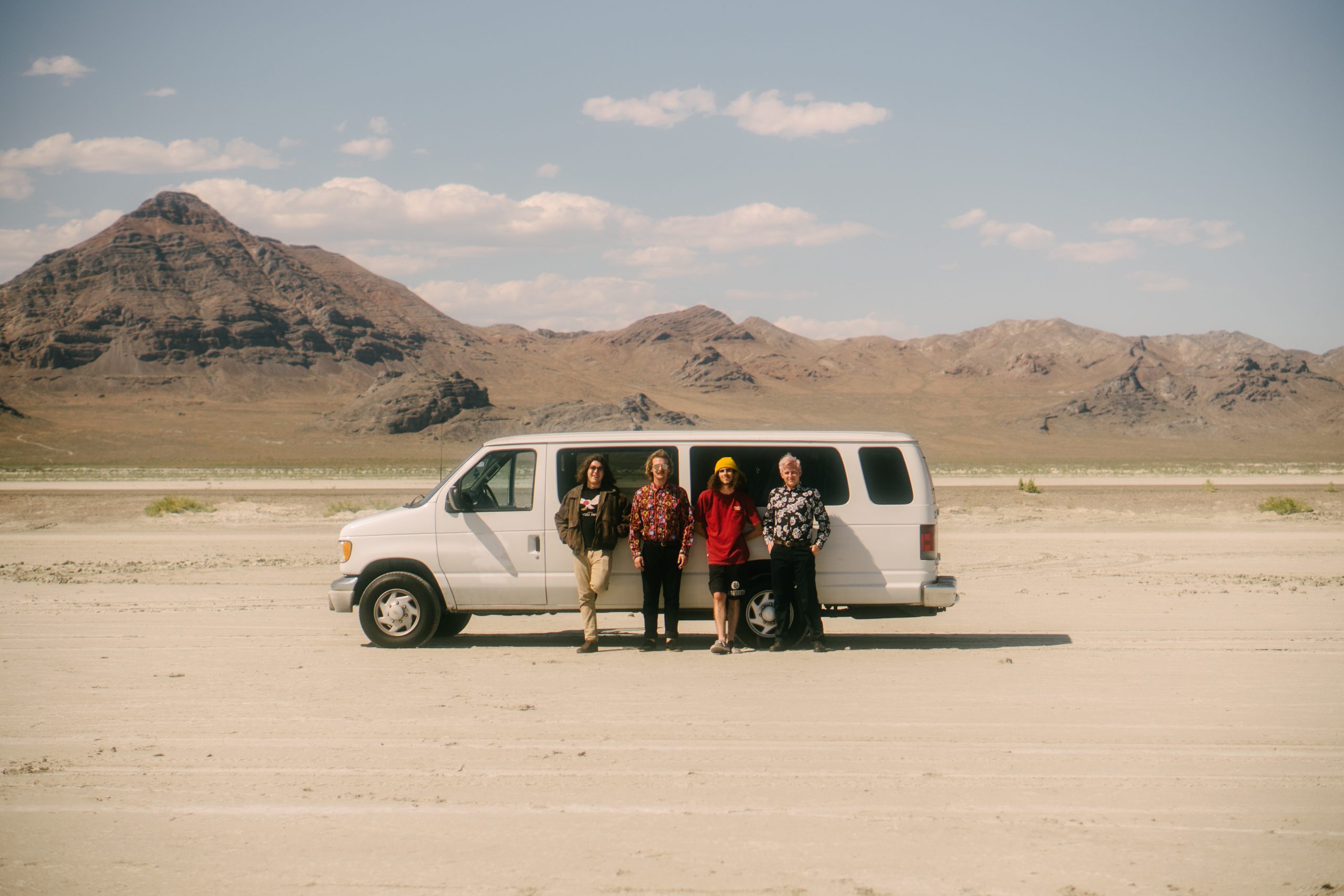 After what felt like the longest winter ever, the warmer temperatures are finally on their way and Carpool Tunnel are here to soundtrack you into the spring, with their sunny SoCal-soaked surf rock. We caught up with the band, who are set to release their debut album Bloom later this week, to discuss their formation, influences, empowering with positivity and more.

We all grew up in different parts of California. Brad and Danny are from San Jose and Spencer and Ben are from different parts of SoCal. We all grew up listening to music, learning to play instruments individually. Danny smacked the drums, playing metal and Warped Tour punk covers. Brad shredded blues and punk guitar riffs while waiting for his fractured leg to heal from BMX biking. Ben grew up in the Santa Barbara local scene serenading with his guitar in indie and reggae bands. Spencer was raised on the ABC’s of classic rock – AC/DC, The Beatles, Creedence Clearwater, and all the way to ZZ-Top, playing a little bit of everything on guitar, bass, drums, and vocals.

We all met through an app, believe it or not. It’s an app like Tinder, but for musicians, where you swipe left or right based on who you feel would vibe with you. We all downloaded the app and before we knew it we formed a band together, got a van, and started making music. After playing some shows and writing a couple of songs, we all decided to move into a house in San Francisco to work on an album together. Since the beginning, it’s been about two and a half years of working together diligently on music. We all made, and continue to make tons of sacrifices in order to be in music, and we are extremely grateful to have made it to this point.

The first time I knew I wanted to create music was when I discovered the guitar. I picked it up and it immediately clicked. I spent tons of time and energy learning and growing until I could play my favourite songs. From there I became involved in the local scene and focused my energy on growing as a musician.

The best part of Carpool’s musical dynamic is our divergent music tastes. Through playing with each other, we have learned how our voices and instruments interact best. As we were growing in the San Francisco house together, all of us brought our vinyl record collections. Among these records were artists like The Strokes, Tame Impala, Arctic Monkeys, BB King, The Beatles, and Bob Marley. All of us brought something to the table, talented in our own ways, and we all worked together to create a band that we would’ve wanted to hear when we were younger.

We aim to spread love and good energy by creating music that helps people through their life. We hope that our music gives them an experience that they can grow from. That’s always been the goal from the start: to empower with positivity.

For those who are yet to see you live, what can they expect from a Carpool Tunnel show?

It’s gonna look like an amusement park. Tons of unique people waiting in line to get tickets to get on an emotional rollercoaster. Once you’re inside, it’s gonna feel like you’re walking into a room of best friends. Everyone’s got something special about them that makes them just as cool as the last person you spoke to. Anticipation starts winding up as you feel as though something is about to happen. Then WOOSH, all of a sudden music is blasting and you’re in the middle of what feels like a whirlpool of people bouncing up and down. Through the set you’ll be confronted by all kinds of emotions, woven in and out of each other. Feelings of love, friendship, absurdity, self-love, mysticism, empowerment, and waves of nostalgia that’ll keep you coming back for more.

What’s next for Carpool Tunnel?

The years we’ve spent grinding, to carve our band into what it has become today, have led up to this moment and it’s been so worth it. We are releasing our debut record Bloom on Pure Noise Records on 26th Feb 2021. From this point forward, we will be working behind the scenes to bring you as much CPT content as we can! Live sessions, music videos, live streams, and more music projects are coming soon while we wait for stages to re-open. It’s a bitter reality to have to deal with right now, but we know there’s a light at the end of this tunnel: all your beautiful faces dancing and releasing the stresses of life in a pandemic.

Carpool Tunnel‘s debut album Bloom is due for release on 26th February 2021 via Pure Noise Records, available to pre-order HERE.