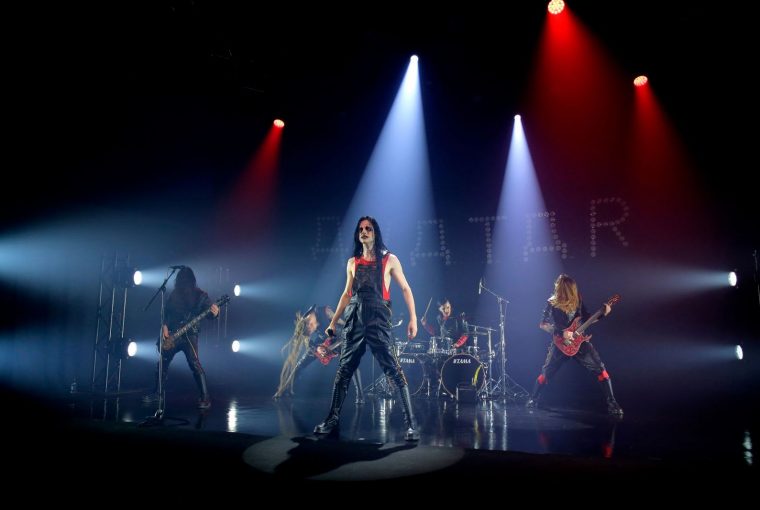 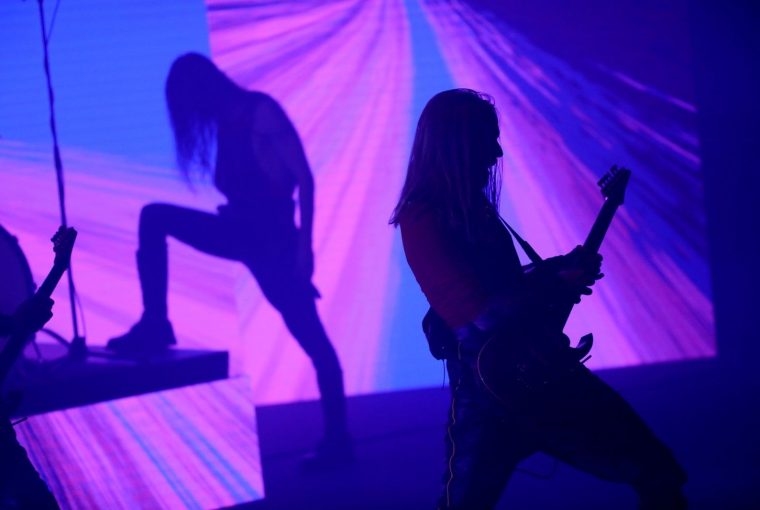 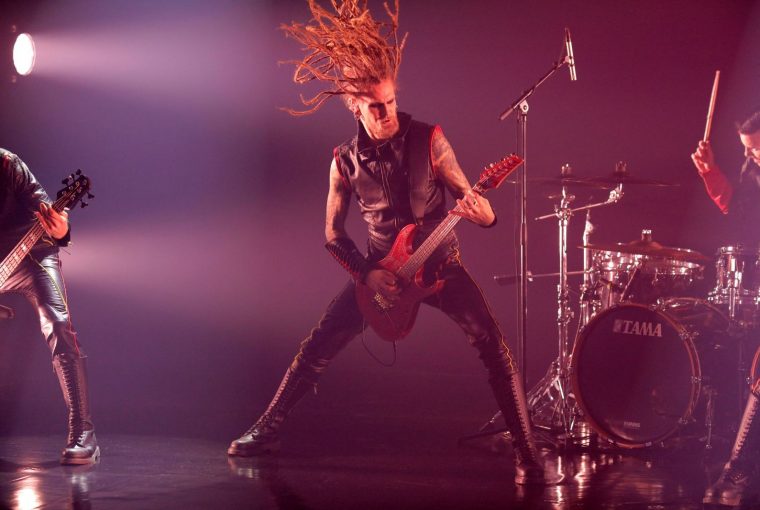 “Ladies and Gentlemen, children of all ages, misfits, outcasts, mistakes and” – oh wait, we’re not at the typical AVATAR show tonight. In fact, none of the four Avatar Ages shows will be ‘typical AVATAR shows’! Instead of the usual format of a single stream, performing on one stage for an hour or so and not changing up the formula too much, they’ve done completely the opposite. For the following weeks, AVATAR will be hosting four live streams, with each covering a distinct part of their discography up until now. In this first one, we delve into their Dreams…

Kicking off with a short introduction video featuring all five of the Swedes right into Silence in the Age of Apes, the show marks the ‘live’ debut of the band’s latest studio album, Hunter Gatherer. For the next 40-or-so minutes, AVATAR performed the full album in its running order, so the next songs were Colossus and A Secret Door, and so on. Elsewhere, tonight’s show saw one of frontman Johannes Eckerström‘s wishes come true; Gun, the song he went on record to say he looked forward to playing live the most was included on this setlist, with the man himself playing the piano whilst singing (which can only mean one thing; the piano he mentioned ordering in our interview back in August (HERE) finally arrived!).

During the one hour forty minutes runtime of this first live stream, the five-piece go on to switch stage setups every so often; from a minimalist one that only had the instruments themselves and a giant illuminated AVATAR sign behind them, to another stage themed around the music video for A Secret Door, to one featuring three giant LED panels (and some pretty cool graphics to go along the currently played song). Yes, you read that right earlier; one hour forty minutes. It doesn’t take an astute mind to figure out that that’s way more than what the Hunter Gatherer album runs for, and you’d be right for pointing it out! These guys know what they’re doing, though – they’ve got an ace up their sleeves, or in this case, eight aces up their collective sleeves (because who can keep eight cards in a single set of sleeves?).

After a two-minute intermission following the end of the Hunter Gatherer set, Eckerström’s familiar face paint peeks out from behind the curtains, in full Feathers & Flesh-era regalia, proceeding to sit down at the piano and gently ease the viewers into the Greatest Hits set, by way of Eagle Has Landed. For the remainder of the show, all five members took us on a short trip back through their classic hits, switching both stages and costumes for the song’s respective eras; from the crown and white coats of the Avatar Country arc, for The King Welcomes You to Avatar Country and Statue of the King, respectively, to the ringleader/circus outfits for Black Waltz songs Smells Like a Freakshow and Let It Burn.

Even during a show where they can’t see the audience and can’t feed off the energy of hundreds or thousands moshing along to the riffs of Tim Öhrstrom and Jonas Jarlsby, the quintet deliver in terms of musical talent and visual spectacle. All five members were musically on point for the whole concert, and Eckerström’s stage antics did not disappoint either – the man even brought a crank-turned music box on stage to mirror the music video for Hail the Apocalypse, during the last song of the show! With a cheerful “We’ll see you in a week, BYEEE!” the concert had reached its end, and they’re off.

All in all, Avatar Ages: Age of Dreams proved to be a live stream package as exciting as any band can deliver, with amazing visuals and great sound mixing courtesy of album producer Jay Ruston. If we can expect the same quality for the remaining three shows, then they’re more than worth the asking price, and any AVATAR fan should go ahead and get a ticket. Until then, “Everybody at home, have a shot for Tim!”, and see you on the 16th!