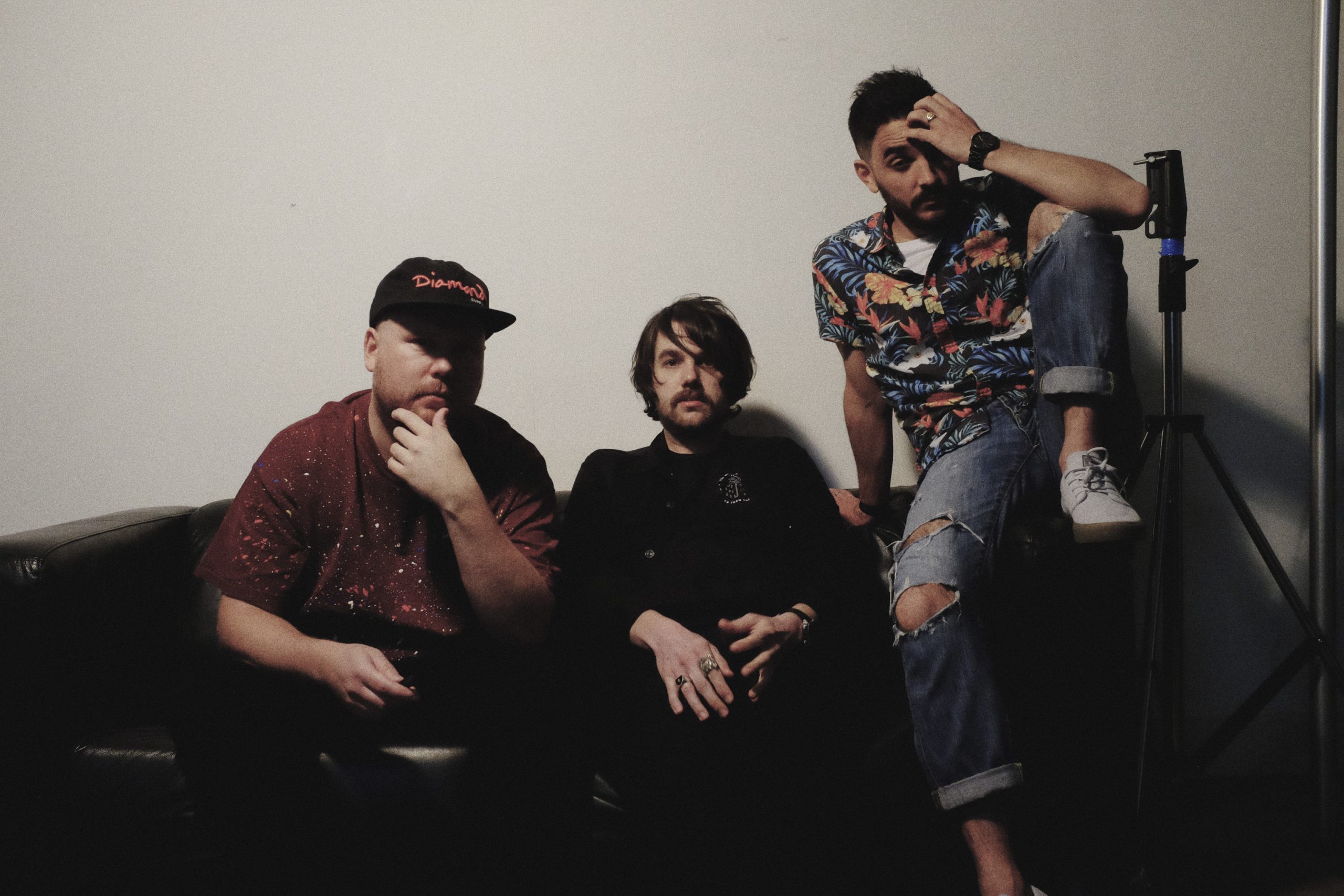 2020 marked the return of Cheap Meat, who confirmed details of their their long-awaited debut album People Are The Worst. Due for release this week via their own label Jerk Store Records, the debut full-length was the record they wanted to make, on their own terms – offering a true representation of the London trio. We caught up with vocalist/guitarist Ross Drummond to find out more…

Hello, Ross Drummond here, of the world-famous rock and roll outfit Cheap Meat. I’m chief songwriter, singer and guitarist. Cheap Meat was an attempt to become my favourite band. I wanted to write songs that I wanted to hear; big guitar solos, excellent riffs, songs that make you want to go away and start a band. Songs that make you want to go pick up an instrument. I know Matt and Pete feel the same about their parts, and we’ve always made a conscious effort to keep it that way.

When I’m not doing that, I perform stand-up comedy, and run our record label, The Jerk Store. It’s a comedy label and also a monthly comedy night. And, I have two marginally successful podcasts. One about the greatest rock band of all time Van Halen, called Ain’t Talkin’ ‘Bout Van Halen (HERE) which I do with Stephen Alan Yorke (who did the artwork for the album) and a Great British Bake Off Podcast with two excellent comics, Harry Monaghan and Sean Ford called Baking Bad (HERE).

Matt Rebeiro (Drums) and I started Cheap Meat back in 2014 as a two-piece, we met at a pub quiz run by ex-Coronation Street actor Martin Hancock, aka Spider, thrown together because to quote our friends “both had the same bad taste in music”. We recorded our first EP without a bass, then realised that we should probably get some bass and beef it up. So like you do when you want a good used fridge, we headed to Gumtree and found Finnish producer extraordinaire Peter Hakola.

The Year 9 Pop Concert. Koncerned (with a K!) played a rip-roaring cover of When I Come Around, and it felt amazing. If the lunch tables weren’t in the way, we’d have confidently stage dived into an adoring crowd (at least my memory remains that way). The feeling of being on stage and making noise was incredible, how much better would it be if the noise was one I created?!

If you can’t hear the Weezer influence, you’d probably never heard Weezer. But on top of that, all good power-pop –  The Cars, Replacements, Cheap Trick and more rock stuff like The Smashing Pumpkins, Jimmy Eat World, Oasis. We made a playlist of all songs that influenced the record here, check it out HERE.

If we can find folks that like our too pop to be rock and too rock to be pop band, who buy our merch and records so we can keep releasing music and playing the occasional shows, then we’d be delighted. Being a rock band in 2021 is a costly habit, so we tend to roll with the punches these days. Having said all that, we got *this* close to supporting Weezer once; if we could do that, we’d probably call it quits. So, hi, Rivers! Please let us support you when you’re next in the UK.

For those who are yet to see you live, what can they expect from a Cheap Meat show?

Big noise! Killer guitar tone, Having a big non-generic guitar tone is something I try and pride myself on. As unhappy as my bank balance was in pursuit of it. What else, lots of guitar solos. Lots of chit chat with the audience and ourselves. Fun! We’re a fun band. We don’t take ourselves seriously. Matt and I tend to talk to each other a lot on stage whilst Pete looks on waiting for us to get on with it. It started off as filler for when we didn’t have enough songs, and now it’s something we do to amuse ourselves. Very conscious of our audience as you can tell!

What’s next for Cheap Meat?

We are itching, itching, itching(!) to get back into a rehearsal room and make some noise. Here’s hoping we can do that this year. If we can play some festivals, we’d love to. We played 2000trees a few years ago, and we’d love to play it again if they’d have us. Record wise; I don’t know if it makes sense to release albums like people used to so we might just keep releasing singles as and when we feel like it. Who knows, we are but at the mercy of our streaming overlords.

Cheap Meat‘s debut album People Are The Worst is due for release on 29th January 2021 via Jerk Store Records, available to pre-order on Bandcamp HERE and IndieGogo HERE. 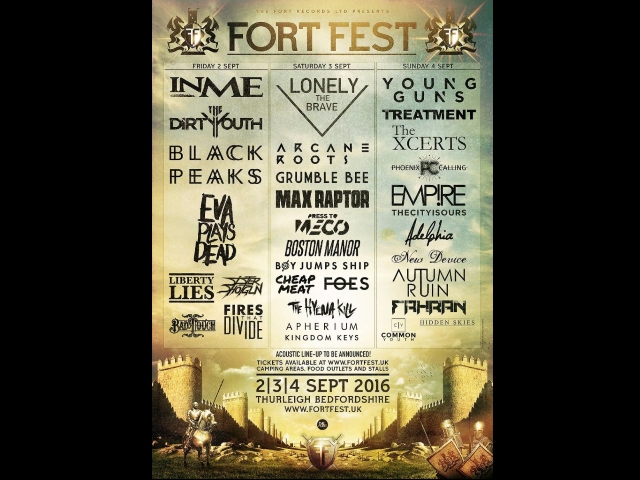 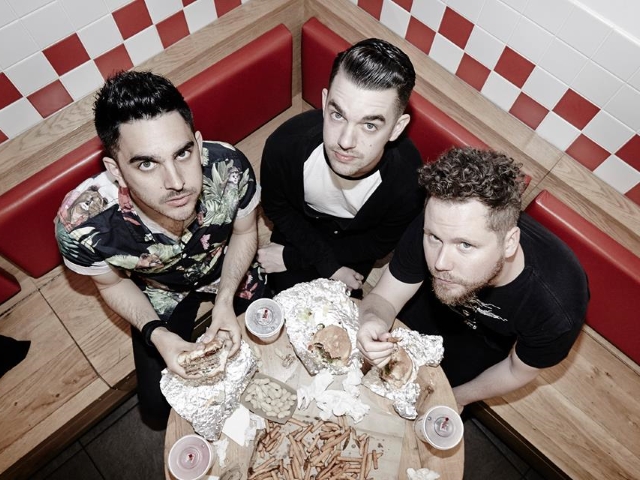 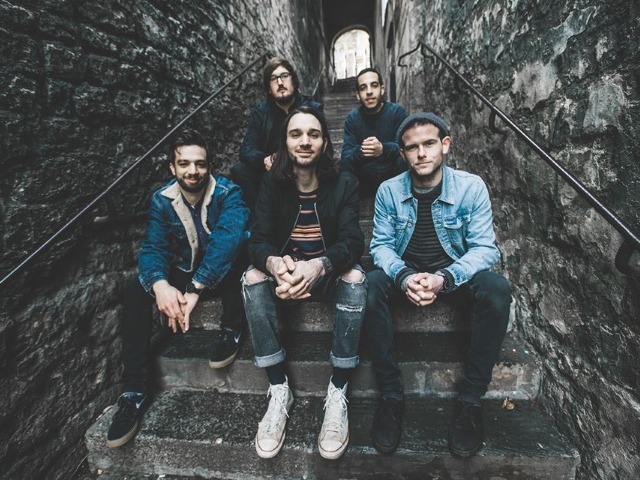