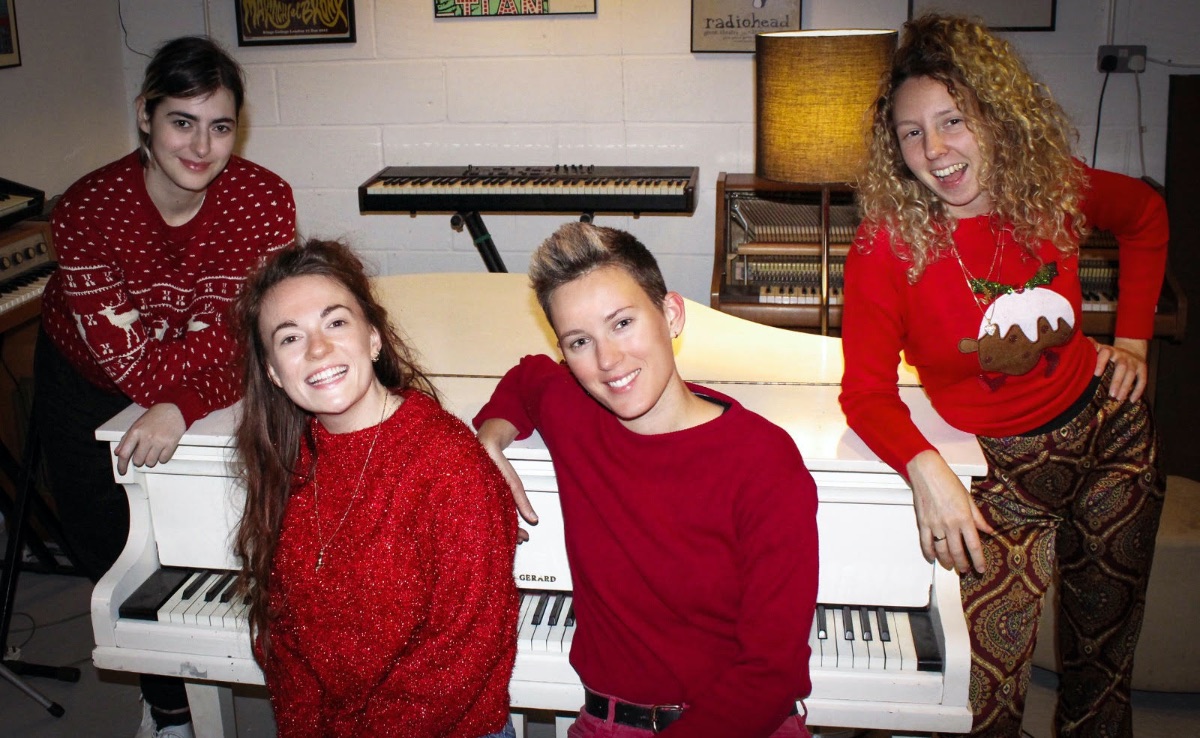 “This Christmas is going to be a bit different from the usual,” says guitarist Anya Pearson. “So we wrote a Christmas song that sends strength and love to anyone finding this time of year particularly tough – especially those who are LGBT or struggling with acceptance and support at home. We see you, we’re here for you and we love you!!!”

“With government failures to respond to the pandemic adequately, we feel strongly about raising money for The Outside Project, the UK’s first LGBTIQ+ Crisis/Homeless Shelter & Community Centre – proceeds from this release will go to them,” adds bassist Mimi Jasson.

Like what you hear? You can stream or purchase Lonely Star (Christmas Song) HERE.

Dream Nails will host their Feministmas livestream show on 6th December 2020 at 6pm GMT. Tickets for Feministmas are on sale now, available HERE.

The band’s self-titled debut album is out now via Alcopop! Records, available to stream or purchase HERE.