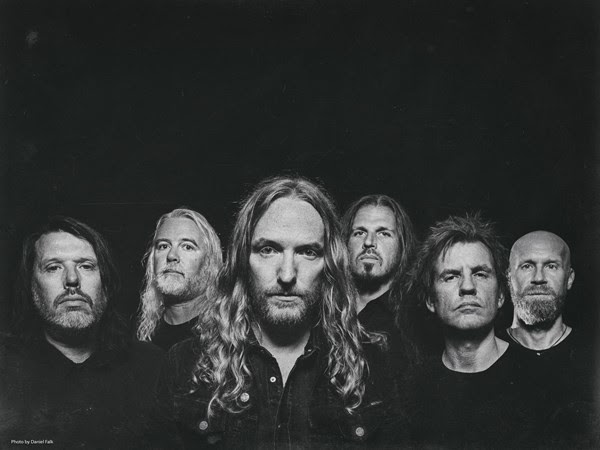 It’s been four years since melodic death metal pioneers Dark Tranquillity released their eleventh full-length Atoma. After touring across the globe and the recruitment of two new guitarists, the band are back and ready to release their boundary-pushing follow-up Moment. We caught up with vocalist Mikael Stanne to discuss the band’s new album and line-up, their upcoming livestream and more.

Hey, thanks for taking the time to chat to us today. You release your new album Moment later this month through Century Media Records. How do you usually feel in the run up to releasing a record?

There is a good mix of excitement and self doubt at play as always. Did we do a good enough job, will people respond to it and will it hold up to our previous catalogue? All those things are felt but mostly it’s excitement. Knowing that people will have their physical copies in hand while listening for the first time gives me enormous pride, and knowing that people are out walking blasting our music in their headphones still blows my mind. This, of course, being the weirdest year we have a hard time trying to figure out how to best keep the momentum going, since we cannot tour. I guess we have to treat this as a headphone album for now until touring resumes.

It’s been four years since your previous album Atoma, which saw you tour across the globe. When did the ideas for Moment begin to surface? Do you get inspired to write while you’re out on the road?

Yeah and three of those have been spent on the road. Of course a touring cycle inspires and also highlights what worked and what did not, as it pertains to the songs from the latest album and you try to learn from that. There is some downtime needed though coming home from extensive touring, before you start feeling comfortable going into writing mode. Last year we started slow, by collecting material and slowly but surely putting the pieces together.

Since Atoma you have also recruited two new full-time guitarists, Christopher Amott and Johan Reinholdz. What new perspective and ideas have they brought to the writing and recording process?

They are of course highly skilled and incredible musicians that share our background in extreme music and have similar experiences, but in terms of writing we are different for sure. We as a band have been doing it a certain way for 30 years and coming into that would be difficult for any musician. But as soon as we found our footing we had a great time figuring out how to best approach the material we had. Knowing that we could pretty much do anything guitar wise really opened up possibilities for Anders and Martin as songwriters.

You spent more than 130 days in studios to create Moment, how was the recording experience for you this time around?

Since Martin B owns his studio here in the centre of town, this is the perfect way for us to write and record and I wouldn’t trade it for the world. We have unlimited access and all the time we need with all the equipment and assets we can imagine, so it’s just as good as can be. Of course, since the pandemic we ended up staying there way more than we have done before, but I think it was needed and we got a lot of things done in different ways because of the added studio time.

Is there a particular song on the record you think your fans will relate to the most?

That I am very very curious about. I will find out once we head out on tour, but I have high hopes for Remain In The Unknown, Empires Lost To Time and In Truth Divided.

It feels weird releasing it into a void of sorts. We always start a tour on the same day as the album is in stores and this year it just kind of ends after the album is there. We did extend the release by a few months, so that did afford us some added studio time which we needed, and we have had more time in terms of planning visuals, merchandising and all those things that go with it. So I think we have learned a lot from just not focusing on a tour, but rather making sure we as a band handle most things. It will be good moving forward.

As touring isn’t possible right now, do you have plans to celebrate the release online through livestream events?

We are in fact doing that on the 21st of November. We will be playing the entire Moment album on a beautiful theatre stage here in town and we will treat it as a full production start of the tour basically. This has been in the plans for quite a while and we are incredibly excited to do this the best possible way for viewers at home to somehow get the live experience.

When you’re able to tour again, are there any songs from ‘Moment’ that you’re most excited to play live?

We are right now trying them out and we have never been ready to play an entire album before. So far during rehearsals most of them feel amazing and I cannot wait to again communicate with an audience and see what songs have captured their imagination. I’m hoping for Ego Deception. I just love singing it.

Thank you! yeah check out the album, tune in to the stream and I hope to see you all very, very soon!

Dark Tranquillity‘s new album Moment is due for release on 20th November 2020 via Century Media Records, available to pre-order in various formats HERE.

The band’s special livestream show, where they will perform their upcoming album Moment in its entirety from Gothenburg’s Stora Teatern, will be streamed online on 21st November 2020 at 7pm GMT/8pm CET. Tickets and merch are available HERE. 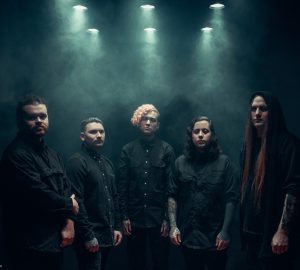 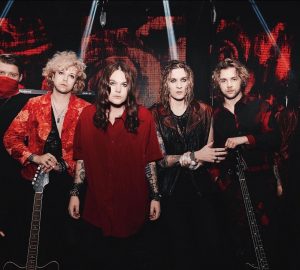