Avatar have announced Avatar Ages – An Impossible Concert Experience. The four-part concert film series will begin on 9th January 2021, with a performance of their latest album Hunter Gatherer which is out now through Century Media Records.

The three other concerts in the series will feature fan-voted setlists. These will be chosen by ticket purchasers and will include tracks spanning the band’s back catalogue. Check out the full stream details to find out when you could hear your favourite tracks live:

Each livestream will debut on the above dates at 1pm Pacific / 4pm Eastern / 10pm CET and remain on-demand for 72 hours.

Frontman Johannes Eckerström says about The Impossible Concert Experience: “Nothing can top the feeling of standing eye to eye with the roaring beast that is a metal crowd, hungry for blood. Instead, what we are setting out to do is a series of shows we could never do on a normal stage. You will see Avatar as you’ve never seen us before. More music, more madness. We enter this with a game plan like no other, but ultimately the power is yours. This is something we’ll create together. We have missed you.”

You can check out the experience trailer below.


Merchandise and meet & greet bundles are available for the shows. Ticket purchasers will be able to vote for the Age of Illusions, Age of Madness and Age of Memories setlist up until 11:59pm ET on 3rd December 2020 and will receive details after purchase. Tickets are now on sale from HERE. 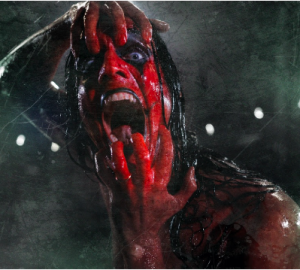