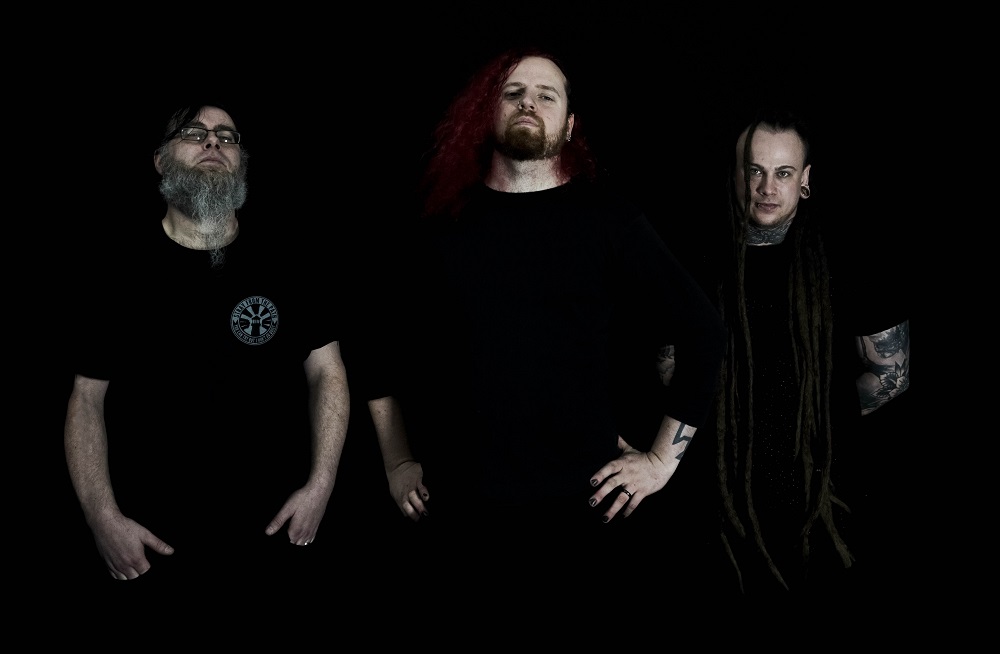 Modern metal trio Pteroglyph have been turning heads with their brand new album Solaire which, as vocalist/guitarist Jimmy MacGregor explains, “infuses elements of old school thrash/death metal with modern tech and progressive metal.” This intriguing mix has earned them shows with SikTh, Aliases, and Evil Scarecrow, as well as performances at Bloodstock, UK Tech-Fest and more. We caught up with MacGregor to find out more, including his first musical memory, the band’s influences and what we can expect next.

We are a three-piece progressive death metal band from Leeds UK, that infuses elements of old school thrash/death metal with modern tech and progressive metal. My name is Jimmy and I write the majority of the music for the band. Ansley (guitar) and Bradie (drums) bring the music to life and add the final elements to help create a devastating and expansive metal soundscape!

The band started off as a solo bedroom project by myself around 2012/2013, where I used it as an outlet to express all the musical ideas I wanted to without restrictions…sometimes that is not what is best! This current iteration of the band has been together since 2018, where we’ve been touring up and down the UK refining our sound and getting our live show as tight and together as possible.

I remember playing in a band when I was younger and we used to play covers of Deftones, Rage Against The Machine, etc. We randomly played a house party with another band who were playing their own songs and I remember being in complete awe of it. Up until that point the concept of actually playing your own songs and music wasn’t even a thing I thought you could do! I ended up becoming good friends with those guys and muscled my way into the band on guitar, playing and writing songs with them for years. Playing together and writing music with other people opened up a world of possibilities and I’ve never looked back since!

Collectively we draw a lot of influence from a lot of modern tech metal. Bands such as Meshuggah, Gojira, Architects and everything in between. Taking everything we’ve individually drawn from these bands and fusing them with a traditional songwriting, mixed with a little bit of old school death metal and thrash.

To be able to write and release music how we want to, without conforming to what any sort of current trend might be. Also to get on a tour bus and just go play sustainably. Where we really shine is getting out onto a stage, the sound of the band was written in a way to take it to a live stage and just create a huge pummeling wall of sound. The aim is to be able to do it everyday and put on a breathtaking show for the audience!

For those who are yet to see you live, what can they expect from a Pteroglyph show?

Neck snapping tightness and high energy from the first cymbal hit, relentless and unavoidable head-nodding grooves! The aim is to melt as many ears as possible and leave the audience with a memorable performance, so they keep coming back and having fun with us!

We have two new singles available online right now, both taken from our new album Solaire. We’ll be doing live streams across Facebook, YouTube and Twitch to support it, seeing as though playing shows in the UK is still off the cards! Then we’ll be finalising our follow-up album which has been written and we’re almost ready to enter the studio with! Maybe one day we’ll get to play a show again but for the time being we’re just going to keep writing and get busy!

Pteroglyph‘s new album Solaire is out now via Blood Blast, available to stream or purchase HERE.