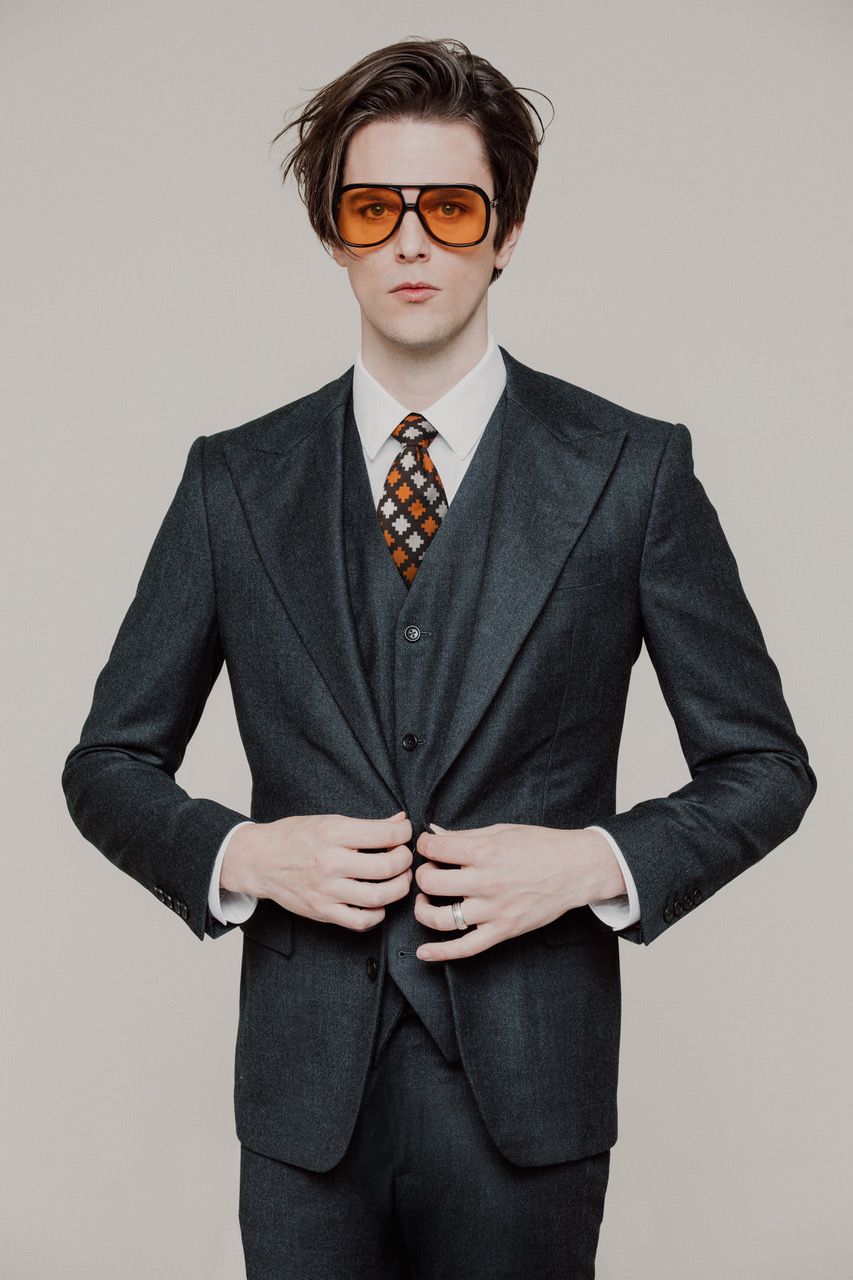 A forgotten music-based entity, who initially faded away into obscurity back in the era of early 80’s pop culture, are back having hit the big time. Alternative duo I Don’t Know How But They Found Me have made it in the 21st century modern music world, by dropping their dazzling debut album Razzmatazz. Comprised of vocalist/multi-instrumentalist Dallon Weekes and percussionist/supporter of Weekes’ musical decisions Ryan Seaman, legend has it this illusive two piece were first founded over forty years ago, embedded deep within unclear imagery of several retro VHS tapes. Recently recovered to show the duo’s musical talents on works such as Modern Day Cain and Choke, iDKHOW are following up the garage, glam and new wave of their 1981 Extended Play with a full-length that goes by the wildly glamorous name of Razzmatazz, and it is nothing short of exactly that.

“How about some razzmatazz?/Here’s some music with pizzazz” introduces us to the first taster of the Ziggy Stardust meets Sgt. Pepper’s Lonely Hearts Club Band inspired project. Lead single Leave Me Alone is synonymous to such strong influences, with Weekes’ addictively infectious and sumptuously smooth vocal delivery playing host to a whole load of old school, trendy bass lines and fashionable synths. The combination has a nostalgic ability to time travel back to the days where both The Beatles and Bowie burst onto the scene in the late 60’s, the same era explored throughout the rest of Razzmatazz.

Staying along the lines of the singles before delving deep into the magic of Razzmatazz’s deep cuts, sNew Invention and the recently released Lights Go Down offer up two resembling choices in terms of tempo. New Intervention is a slow burner of a song that chugs away almost as if in slow motion, with Weekes’ trailing bass lines and Seaman’s steady drums in the verse aiding the placid nature, which momentarily picks up with sudden spikes in the chorus’s vocals. Lights Go Down follows in a similar slower suit, yet with a more sinister atmosphere lurking in the air. The sound of creeping synths and lyrics that spookily speak of “Decaying in you costume and dance” ultimately send shivers down one’s spine upon repeated listens.

Now delving into the deep cuts on the first half of the album. First off, Mad IQs mirrors what a crazy scientific experiment would sound like in music terms, as the track takes on modernised bleeping pianos and mind boggling buzzing synths that bubble away under the songs surface. This takes place while the iDKHOW frontman declares himself as a “Voluntary victim” during a time where “An apocalypse is coming” and that humankind are “Being replaced by machines”, most definitely a reflection of the technologically driven mad world we live in.

Following on from Mad IQs comes Nobody Likes The Opening Band, one of the standouts of the record’s fourteen tracks. Often a staple in the band’s setlists for obvious reasons, the epic song is dominated by a grand piano at the forefront of its two minute fifteen second duration, excluding the hint of a shaking tambourine in the background. But it’s the lyrics that loom even larger than that of the instrumentals, acting as a conversation between the opening band on stage supporting a headline act. The audience at such a show is struck up initially with the band acknowledging their apprehension towards an unknown artist, but as the track trails towards its climax the band gently persuades the listeners to adopt an open minded mentality and give the group a chance. This is a situation that Weekes and Seaman have experienced first hand, from ex-members of headline worthy bands Panic! At The Disco and Falling In Reverse to the early breakout days of iDKHOW. Nobody Likes The Opening Band is short, sweet and straight to the point in its sad, sombre and overall serious nature, which does allow for some light relief when it comes to its singalong worthy verses.

Making it to the middle of Razzmatazz, the next cluster of tracks truly showcase iDKHOW’s array of high profile influences and diverse musical styles. From the jazz-meets-swing sound of From The Gallows and the Muse and The Killers supergroup fusion heard on Clusterhug, to the 70’s glam/80’s new wave style on Sugar Pills and lastly the melancholic and moody Kiss Goodnight, which does a decent job of recognising  The Cure‘s style.

Nearing the LP’s end is the highly personal Need You Here. The track sees Weekes hit the highest of vocal ranges found on the record, with magnificent harmonisations between the vocalist and an unknown female counterpart for a one time only appearance, as they address a very real subject matter where Weekes admits his desperation to hold loved ones near. This is reciprocated by the sound of a young person’s voice, potentially one of his children’s, that calls out for their dad to be near. This proves to be an impossibility at times due to the nature of Weekes’ job, from making records to touring the world, spent mostly away from the comfort of his Salt Lake City home and family.

Coming to its climax, closer and title-track Razzmatazz succinctly accumulates every stylistic element the album has explored this far. The track compacts the sounds of alternative rock, new wave, pop, retro and many more genres into a four minute slow groover, all about the iDKHOW masterminds’ brutal experiences of the seemingly glamorous entertainment capital of the world. The track’s unfolding narrative encapsulates the band’s disappointment with Los Angeles and Hollywood on a first-hand level, as Weekes sings “Let’s go paint the town on our way home/The blinking lights are breaking bones/And there you have that good old-fashioned razzmatazz” over some fuzzing bass lines, crescendoing pianos and yet another sax solo to send the album out.

Razzmatazz is a fantastically fun record, one that lyrically allows Weekes to further unfurl the weird and wonderful story of how this band came to be, whilst sonically spanning the 60’s, 70’s and 80’s with a distinct modern twist, showing off the duo’s inspired creativity on their outstanding debut full-length.

For Fans Of: New Order, Starset, The Killers

Tags : I Don't Know How But They Found MeiDKHOW
previous article 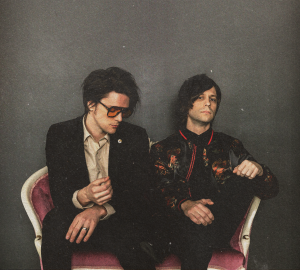 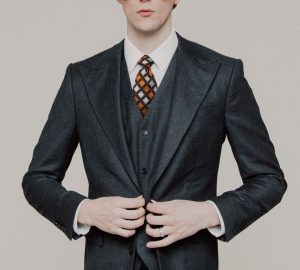