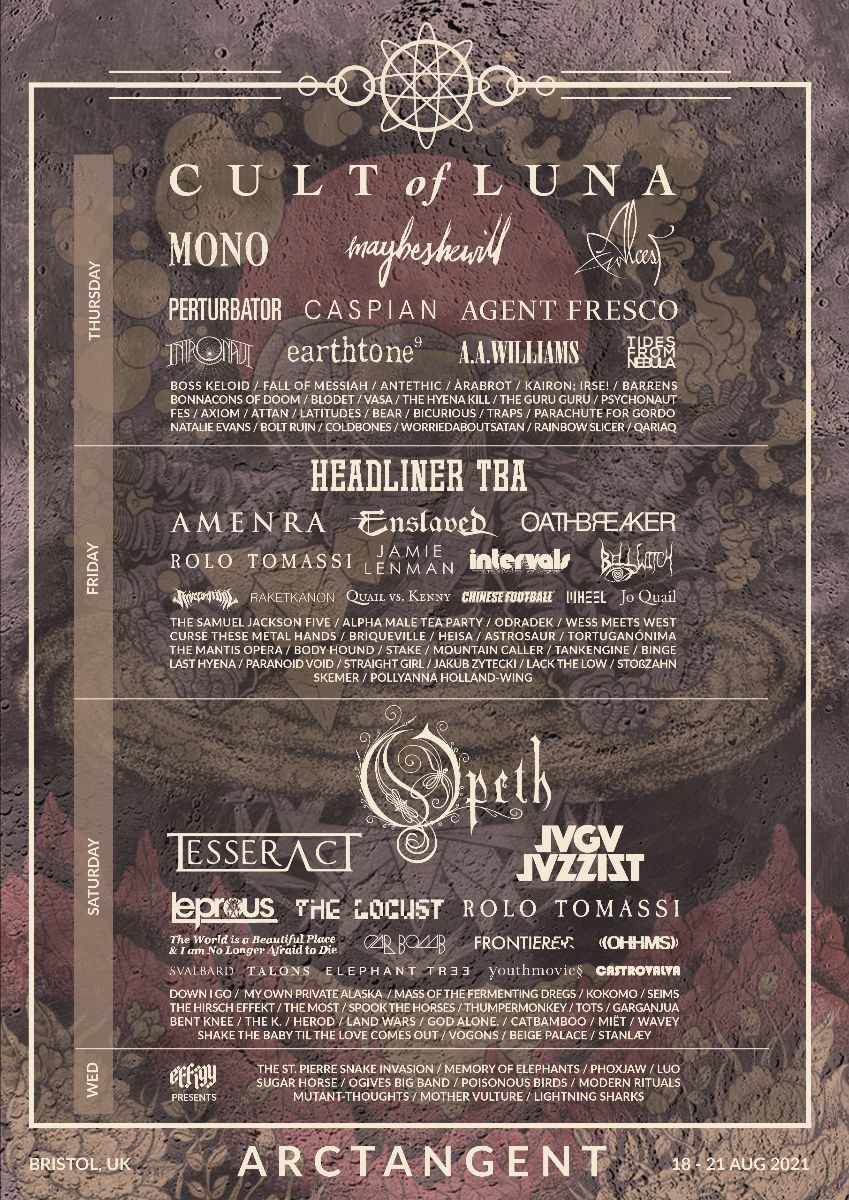 ArcTanGent has announced its return in 2021, unveiling almost the entire line-up for the event which will take place between 18th-21st August.

Opeth and Cult Of Luna have been confirmed as the festival’s headliners, with one more main stage headliner still to be revealed.

“I’m so stoked on the line-up at ATG,” comments the festival’s James Scarlett. “It’s a mix of some of my favourite live bands, from the legends in Opeth and Jaga Jazzist to the brain melting insanity of returning heroes The Locust to some of the best underground heavy bands on the planet as well as Amenra, Rolo Tomassi and Jamie Lenman plus the return of the mighty Oathbreaker for what is likely to be their only show of 2021. Excited isn’t the word! To say the least, 2020 has obviously been a bit of a nightmare for everyone so we really wanted to bring some joy and some guitars to people’s lives. I’m so proud of the line up we’ve put together and can’t wait to see everyone at Fernhill farm in August 2021. See you all then!”

ArcTanGent is set to take place between 18th-21st August 2020 at Fernhill Farm, Compton Martin. For further information and tickets, head to the ArcTanGent website HERE.