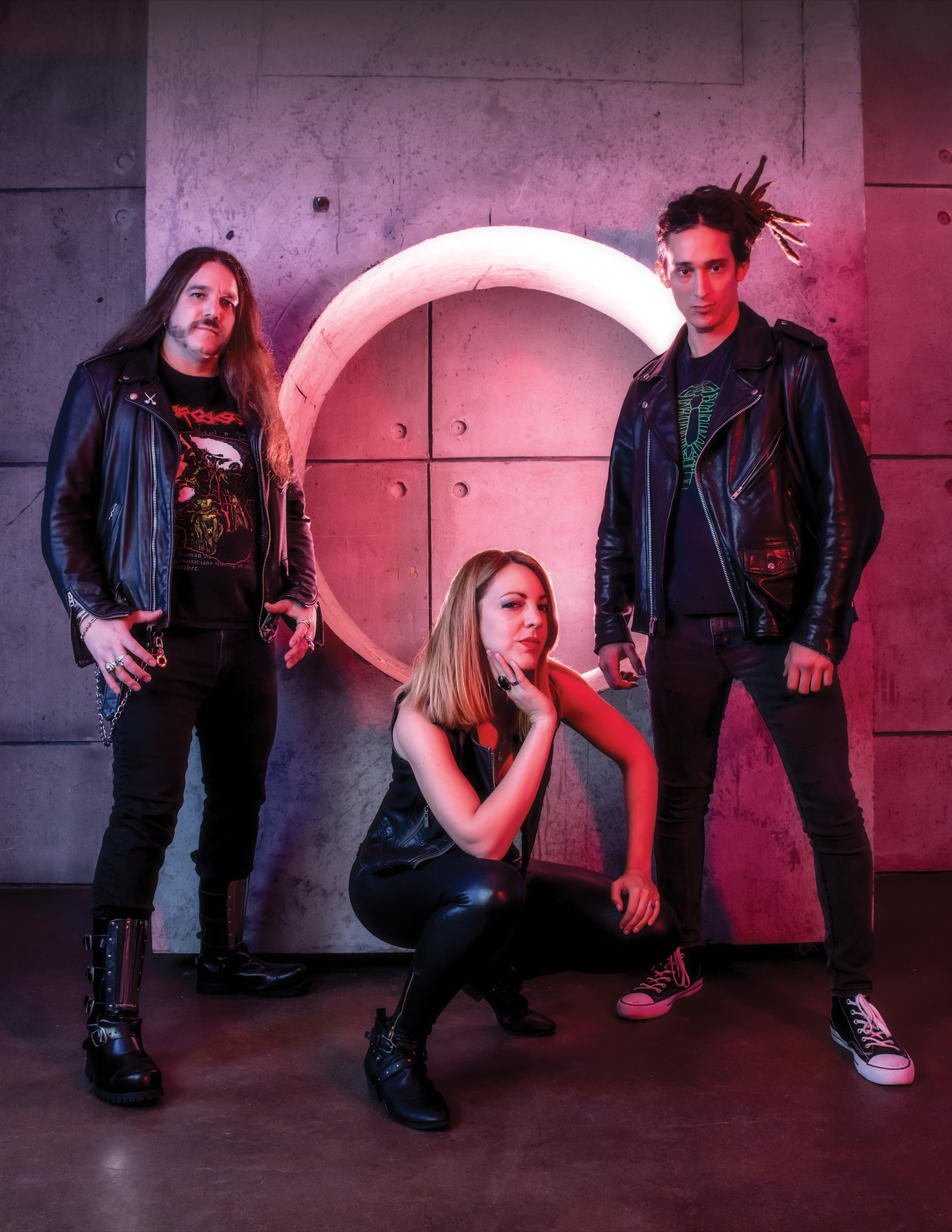 With collective influences of Iron Maiden, The Misfits and Motörhead, traditional metal trio Rusty Eye are defying expectations and boundaries by putting their own spin on the genre, evident on their brand new album Dissecting Shadows. We caught up with co-vocalist/bassist Mr. Rust to find out more, including the band’s formation, influences and ambitions.

I’m Mr. Rust, I play bass and sing. I founded Rusty Eye when I was 17. Rusty Eye is a three-piece with two vocalists, myself and drummer Miss Randall. Our sound is a blend of a lot of styles and elements within the metal and rock spectrum.

I founded Rusty Eye when I was 17. The whole idea was to create a band that was different and went against everything that was popular at the time. We’ve evolved into the original band we are today after many line-up changes, Miss Randall became the drummer/singer in 2003 and then Baron Murtland joining in 2005.

When I first heard Steve Harris, that made me want to learn bass and I got into playing in bands right away as I was learning to play.

Collectively: Iron Maiden, The Misfits and Motörhead, and then everyone brings in a wide variety of influences.

To be original and unique.

For those who are yet to see you live, what can they expect from a Rusty Eye show?

Our live show is a wild rollercoaster, we are making some big live production improvements this time round. We can’t wait to perform again!

What’s next for Rusty Eye?

Hopefully our new record Dissecting Shadows broadens our audience and we take it to the next level. We are on a make it or break it type of mission.