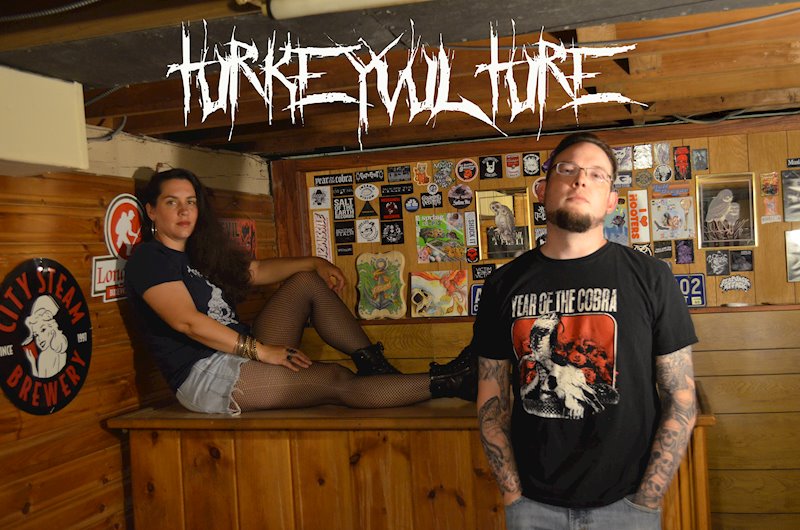 Time to Pay is the second EP from Turkey Vulture, the gritty, bluesy duo from Connecticut who bring together punk, metal, Americana and… sea shanties? This is a bizarre and engaging musical project which you’ll certainly want to be keeping an eye on.

Lost at Sea will already have heads turning with the mournful cello introduction, which makes use of traditional sea shanties before exploding into a bluesy groove and a vocal which sits somewhere between the most brutal of death screams and a witchy whisper, courtesy of frontwoman Jessie May.

There are a lot of good textures all over this release, with the blues-rock element underpinning it all. Old Nick pays tribute to Mr. Johnson himself, a man to whom we owe music as we know it today. The elements all work well together, and it will be interesting to see how this band’s sound develops further over the years.

Lost at Sea is a brilliant amalgamation of everything this band is capable of, and whilst the rest of the EP doesn’t quite live up to this explosive opener, it’s a good promise of what’s to come from the ever-evolving sound of this duo.

For Fans Of: Killer Be Killed, Alien Weaponry, Dead Sara