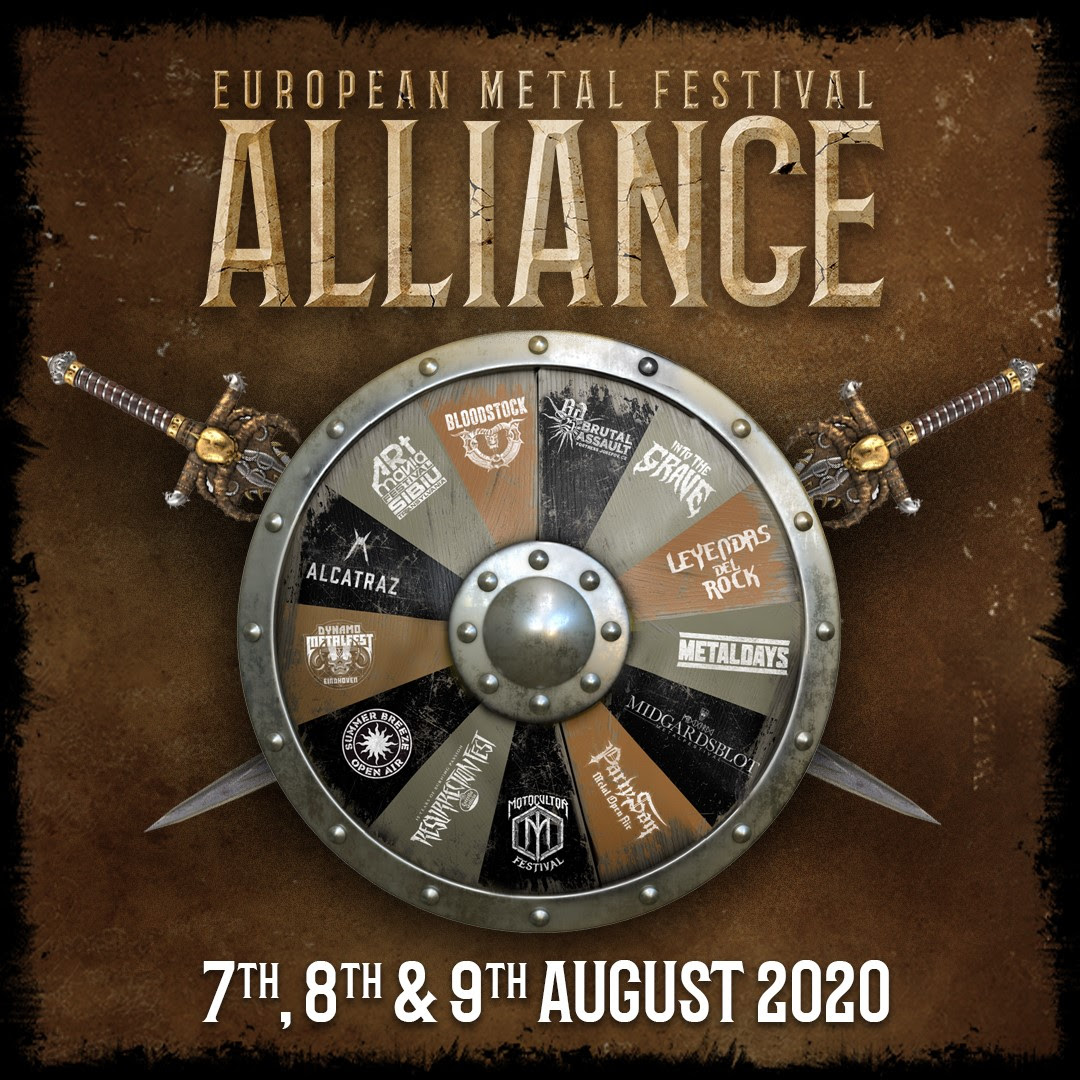 Bloodstock has teamed up with twelve independent metal festivals in Europe, to create a unique online event for bands and fans.

A special streaming event will take place between 7th – 9th August 2020, offering exclusive live performances from artists chosen by each festival, as well as exclusive interviews and more.

European Metal Festival Alliance has now confirmed its final line-up with ‘never broadcast before’ sets across the weekend from Sabaton (2019 Bloodstock headline show), Avatar (2019 Alcatraz Festival headline show), TesseracT (Bloodstock 2019), Thy Art Is Murder, Napalm Death and Battlebeast (all from Summer Breeze 2019), plus Harakiri For The Sky (Party San 2015), Dee Snider (two previously unreleased live tracks from Bloodstock 2019) and Heilung, who have recorded a video especially for the event.

All sets will be available for 48 hours after their ‘stage time’.

Tickets for a full festival pass will be priced at €6.66, to fundraise for the independent festival sector. The full festival pass will allow access for all three days, with live performances from over 35 metal bands at various locations across the world. Those who purchase tickets will also receive a discount on a European Metal Festival Alliance t-shirt. Tickets for the event are available HERE.

Ahead of the event, the Metal Festival Alliance website will feature previous footage from the festivals involved, including many sets not previously broadcast. Head over to the website HERE.