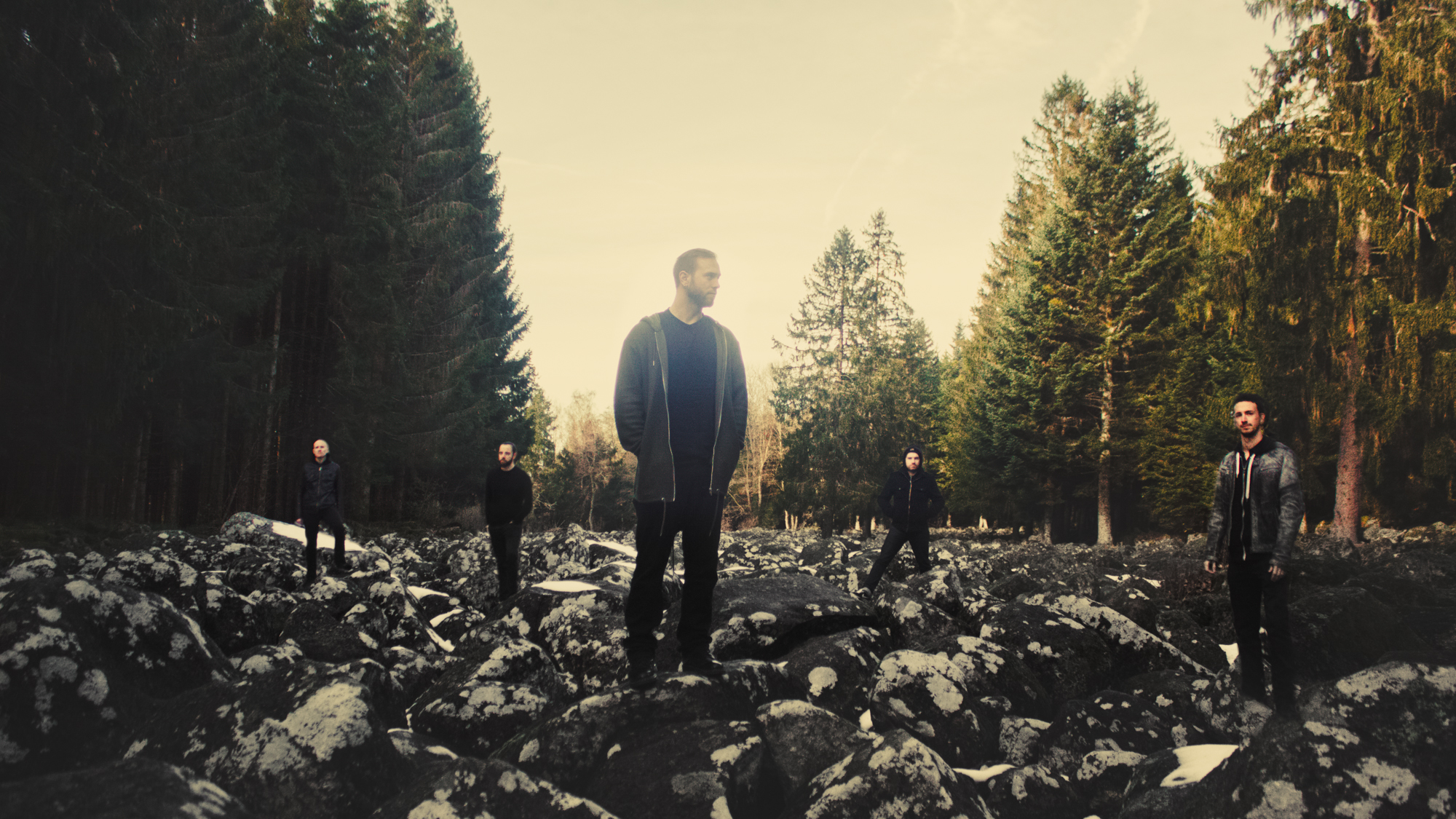 France has become a hotbed for superb metal acts in recent years and as a result has been gaining much deserved notoriety around the world. One band that has sprung forth in recent years is Temnein, who have been quietly honing their craft in the underground for some time now, releasing two previous albums – 404 B.C and White Stained Inferno – which showed a level of creativity and forward thinking that far surpassed their years. Now, in 2020, the band may have just penned the defining release of their blossoming career. The album is entitled Tales: Of Humanity And Greed and shows the band pushing their particular brand of melodic death metal into brave new territory.

The first full-length track on the album, The Blind And The Greedy, kicks off with some impressive technical drumming from Valentin Treuillier and the thick, heavy guitar tones of Florian Frandidier and Morgan Rappe, to create a sound that harks back to the Gothenburg metal scene that became so popular in 90s. The lead guitar lines in the chorus play off very well against the deep growl of vocalist Jocelyn Fidry, to ensure that there is plenty of melody to counteract the aggression that flows through the songs. When this is coupled with the subtle usage of the synths that float in the background of the track, it feels massive in scale.

Things take a turn for the morbid with the following track The Knotted Bag, with the slightly slower pace, booming drums and powerful, low-end guitar riffs. The bass from the Julien De Giorgio is the unsung hero of Temnein and that couldn’t be clearer than on this track, with the bass pulling everything in together and creating a watertight foundation with the drums for the band’s massive sound to build on.

I Am Davy Jones was one of the tracks that was used to promote the album and it’s clear to see why. The song presents all of the key features that the band have made their signature throughout their career thus far. The melodic introduction quickly gives way to a heavier, yet melodic guitar and synth combination in the verse and a chorus, that ranks up there with some of the very best in the melodic death metal scene today. If you were to show a friend a song to give them a real introduction to what Temnein are capable of, then this is it.

A Few Drops Of Blood is a real treat for the guitar enthusiasts in the audience, with some of the best lead guitar work that the band have ever penned. The guitar solo in the mid-section, that soars over the top of the singing of a choir, makes this song song feel gargantuan in scale, then leading through into an Amon Amarth style tapping section that is sure to be one of the highlights of the release.

The closing song on the album, Scums Of Hamelin, clocks in at just over ten minutes. There is no doubt that the idea of including a ten minute opus to close out an already bulky feeling release is pretty risky, as there is a certain level of songwriting flair that is required to maintain the attention of listeners at this late stage of an album. The band take this opportunity to explore the more progressive elements to their ever expanding sound, with the seamless shifting in dynamics and intricate musicianship used to keep things feeling fresh throughout. However, it could also be argued that this song could have been split down the middle and used as two separate songs, in order to make this easier to digest.

The overall production and mixing is squeaky clean and polished. Although this is something that tends to rub metal fans up the wrong way, it should be known that this takes nothing away from the ferocity of the band’s sound and in fact makes everything stand out that little bit more, adding to the grandiose scale of sound that the band are aiming for. This album is a superb effort and needs to be heard by as many fans as possible. It goes without saying that Temnein are a band that refuse to stand creatively still, and Tales: Of Humanity And Greed is the perfect stepping stone in the band’s sound. They deserve all of the plaudits that are sure to come their way.

Standout Tracks: I Am Davy Jones, A Few Drops Of Blood

For Fans Of: In Flames, At The Gates, Opeth