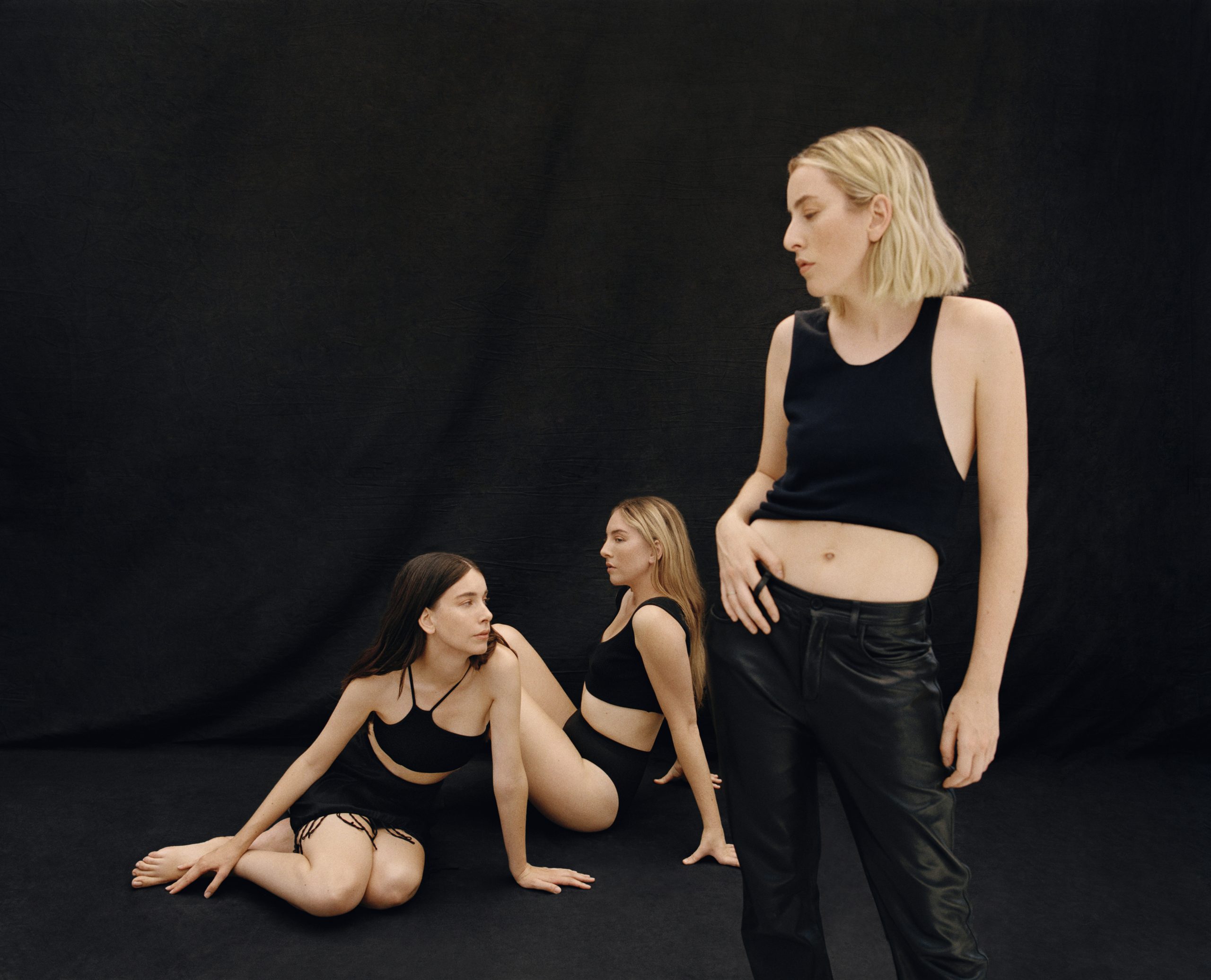 Wind your clocks back to 2013. HAIM had just exploded onto the indie-pop scene with the phenomenal debut, Days are Gone – an album which paved the way for an onslaught of incredible female talent which came in their wake. The album held up throughout the years, making it onto many best-of lists at the end of the decade. 2017’s follow-up, the breakup album Something to Tell You, missed a little of the confidence and knowing spark which their debut had, perhaps in favour of some more emotion and sprawling energy. Now back with their hotly-anticipated (and COVID-delayed) third full-length release, how will Women in Music Part III hold up?

Firstly, there’s that name. Comedy in indie music is beginning to seep its way into the mainstream, as female acts turn to tongue-in-cheek tones to make light of the trials they must face in a male-dominated world (see also: anything by Phoebe Bridgers). HAIM have come out against the “girl band” label in the past, saying that “being a girl in a band shouldn’t be a thing” – something which is clearly being addressed again here.

But album opener Los Angeles is played more or less straight (other than a well-placed “nope” in response to discussing a New York winter). Beginning with the sound of a muted saxophone, Los Angeles is a love letter to the city in which the girls all live. The song has a laid back, reggae vibe, just to add to the amalgamation of styles that HAIM make their own.

The Steps is just a perfect pop song, driven by a looping guitar riff and some truly gorgeous harmonies, in a way that first drew this band comparisons to the almighty Fleetwood Mac. Lyrics are at a high point here, calling back to that feminine power found in the album title – “everyday I wake up and make money for myself/and though we share a bedroom know I don’t need your help… do you understand?”

Women in Music part III feels like the album where HAIM’s vision as a band is the most fully realised. That sweet spot between soft rock, indie and R&B is hit consistently throughout this record, perhaps most successfully on a song like 3am, where the spoken introduction harkens back to pretty much any record released between 1995 and 2004. The guitar tone on this song is another throwback moment, and the falsetto vocals complete the picture perfectly.

Songs like the appropriately feverish Up From a Dream illustrate exactly how far this band have come since the Days Are Gone era. The song builds upon the overflowing lyrical style and R&B drum tracks from the debut and builds it into a song about insomnia and night terrors, which still manages to maintain their summery sound perfectly. Add in a freak-out guitar part and a soundscape to bookend the song and you have the perfect example of the maturation of HAIM’s sound.

Even the weaker spots on this album are only weaker by comparison – Another Try, despite an excellent bassline by Este, falls a little flat in the album’s running order, which does seem to run out of steam a little in the second half. Missing that injection of energy their debut gets from title track Days Are Gone and dubstep-tinged My Song 5, the album suffers from a dip in the middle where there are just a few too many ballads in a row.

This is picked back up again with a triumphant track exploring Danielle’s experience of depression, I’ve Been Down, and the brilliant Man From the Magazine, a glorious indictment of male music critics constantly telling the band they will never get anywhere and that “it is what it is”. The vocal tone is not bored so much as just DONE. A very satisfying listen, and justifies the album title perfectly.

An absolutely brilliant third album, by all accounts, which picks up any of the slack which may (or may not) have been left by Something to Tell You. It doesn’t quite pip the perfection of Days Are Gone, though.

Standout Tracks: The Steps, 3am, I’ve Been Down.