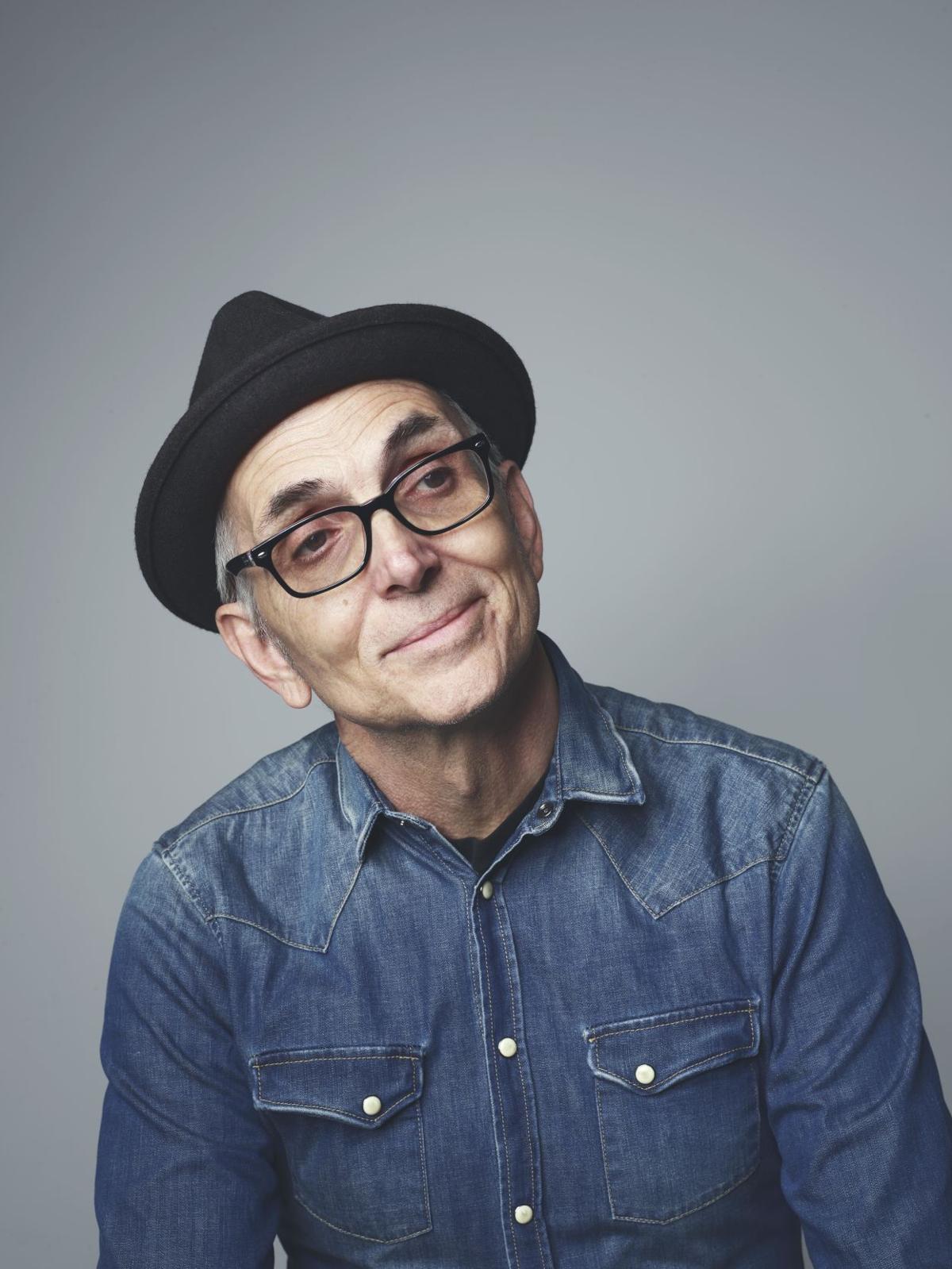 We were strolling through Glasgow when we spotted a poster in a club venue advertising an acoustic set by Art Alexakis. We had no idea Art, who is the frontman of Everclear – the kind of band, with the kind of songs, back catalogue and melodies which leave you scratching your head and wondering aloud “Why the f**k were these guys not massive?” – was touring a brand new solo record.

Naturally we sourced tickets and we were all over this show like a doberman on fresh meat.

After all, Everclear were one of the gateway bands which took our hand and led us skipping merrily through rock, punk and into metal.

Music is an odd business and of all the bands who are flung against the wall, it can be perplexing to see those who stick and those who simply slide back down and don’t leave the mark you feel they could, and probably should, have.

Everclear are firmly in this camp.

“Things are wonderful,” smiled Art, when he spoke to Bring the Noise UK in the bowels of the Broadcast club in Glasgow.

“We did a few shows in the States to warm up before the record came out then we came over here and we have done a run of shows in old school punk rock clubs like this. Even though it is acoustic it has a very rock n’ roll heart to it because I’m a rock n’ roll guy. You can’t get away from that.”

Formed in the early 90’s in Portland, Oregon, just three hours from Seattle, Everclear took the catchy parts of Nirvana and meshed them with the songwriting and storytelling best of Bob Dylan, while maintaining the untamed spirit of the Pixies.

Frontman Art Alexakis has the brilliant ability to take the bleakest and worst moments of his real life and morph and develop them into catchy pop-rock tunes with no lack of melody and soul stirring joy.

This is a man who lost his brother to a heroin overdose while a girlfriend committed suicide after struggling with the same addiction, yet his Heroin Girl song is one brimming with hope and ear-infusing hooks.

A bad experience with racism, when he became involved in an inter-racial relationship as a teenager, is the foundation stone to Heartspark Dollarsign – a song which Art has described as being about your heart, your passion and your love.

So many of his songs are penned in the first person but not all are autobiographical as he admits himself.

“Thanks for picking up on that as everyone assumes every song is really about my life and they aren’t,” he says. “I like storytelling. The solo record does have some love songs, one for my daughter, one for my wife and another, which, I don’t know if it is love song actually or more of a song of compassion and a love song to myself.

“I have, like most artists, I’ve suffered from low self esteem my whole life. So the song California Blood is a song to tell myself its OK, be who you are and you have California blood man, fuck it, wear it every day.”

We listen to an intimate acoustic set, where Art dips his toe in a handful of tracks of his brand new solo record, Sun Songs, with a generous crowd pleasing smattering of Everclear classics.

But does an entirely solo record with his name across the front bring any fresh fears for Art?

“I do a lot of solo tours anyway, I always have. I used to busk on the streets so I’ve done stuff like this for years,” he went on.

“Every album I try to do this but what’s different about this, and it is a little scarier and a little more exciting, that I have my own album. I’ve never had that before with just my name across the top. It doesn’t seem after ten or eleven records with bands that this would be such a big deal, but it is for some reason.

“It kinda is scary when you release new songs. You have to be really secure and I am. I don’t put something out until it is ready. Originally I was supposed to deliver this record in January but it wasn’t ready so I gave it to them in late April. I told them they would get it when it was done and it would be the best I could do. I can live with it being the best I can do, I didn’t want to rush it, it wasn’t done.”

Nowadays album sales mean less than they ever have, but Art says it isn’t something which worries him too much.

“Album sales mean nothing now. I’m not really worried about that. When I made this new solo record my label knew that I was going to sell enough records for them not to make a loss and lose money and I think if we sell 4,000 records we would be OK, and I think by the Thursday of the first week we passed 2,000 so I think this record will do fine and make a little money. I just wanted to make a solo record.”

Art’s songwriting staple is quite glorious slices of ear candy, a healthy blend of rock, guitars with serrated metallic riffs, poppy hooks, foot stomping folk and songs catchier than crabs on the Motley Crue tour bus in the 80s.

Sparkle and Fade did reach platinum, as did another pair of Everclear albums, So Much For The Afterglow and Songs From An American Movie, but they should have been so much more.

In fact, Art himself confirms the band raked in more cash and royalties from a song on a movie soundtrack in the 90s than on all their album sales from Sparkle and Fade, which exposed them to the masses.

“Oh yeah with Sparkle and Fade we had a baby deal going on,” he explained.

“I loaded up the back end as they never expected us to do as well as we did. The label didn’t expect us to have a hit. When we had a minor hit then a big hit on Sparkle and Fade we were negotiating our deal, but they didn’t want to to totally renegotiate until the next record.

“But the next one was even bigger, but in-between they wanted to put us on the soundtrack to the Romeo and Juliet movie. I made sure we would be paid if there was a back end to that, and it sold something like ten million records and it was huge and we took in three times as much money as Sparkle and Fade.

“The song Local God from the soundtrack wasn’t even a single in the States, but it became a huge No.1 single in Australia and New Zealand and in other countries. By the time we went into Afterglow we had a target to sell in the first week which if we hit our percentage went up, and we did very well on that record.”

Fast forward twenty years and Everclear are a band who don’t tour in Europe due to the significant cost of crossing the Atlantic, so the current generation of rock loving gig goers are denied the chance to see a master singer-songwriter belt out songs which were an anthem of ours, and so many others’, youth.

So much music is now consumed via streaming and the Spotify generation can now access Everclear‘s best bits with just a click of their mouse or a scroll of their smartphone, sending the likes of Wonderful or Santa Monica through their earphones.

But there is so much to explore and enjoy through Everclear‘s journey, even if we are left ruing them as the ‘ones that got away.’

By now, Everclear should be touring the world – perhaps not as stadium fillers but certainly in smaller arenas – and festival regulars.

We’ve been to every single Download Festival since 2006 and every year we cross my fingers, toes and eyes that Everclear and Poison will make the bill.

They are two of the last bands on our gig-going musical bucket list and we haven’t given up hope yet of scratching our Everclear itch one day, nor should we as Art himself confirms plans for a 20th anniversary tour for their Songs From An American Movie record are in full flow.

“We have rarely played here in the UK but we have tried. We had to cancel a tour back in 2000 as the label president changed and he didn’t like us so he pulled all our tour funds and we had planned a big tour,” Art revealed.

“As a result we had to cancel sold out shows all over the UK and Europe. Then we never came back for thirteen years until we came back with a Swedish promoter who ran out of money and we played here in Glasgow then. It wasn’t promoted very well, but with this tour we found a promoter keen to bring Everclear over for the 20th anniversary of Songs From an American Movie.”

Not every band can be Metallica or Guns N’ Roses size mega money monsters. Circling the planet, selling out giant sports stadiums and flying in their own branded aeroplane.

For many, like Everclear, the reality of the game means they have to carefully plan any tours or studio time.

But not once has Art’s light or love for music or Everclear dimmed.

The band have had something of a revolving door policy, where Art remains the sole remaining original member. But he is Everclear. The band has been his life and an extension of his soul for almost thirty years now.

Music is beautiful. Everclear are wonderful, melodic noise bringers of ear nectar and Art is a storytelling genius, who combines stories with infectious hooks and songs which will define a generation.

Art Alexakis‘ solo album Sun Songs is out now via The End Records/BMG, available to stream or purchase HERE. 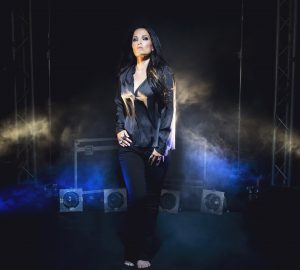 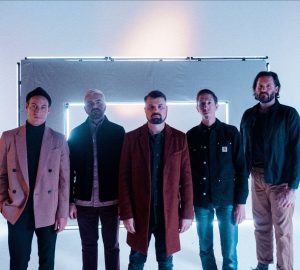 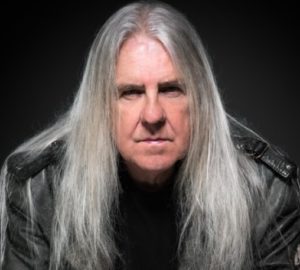