ALBUM REVIEW: Enter Shikari – Nothing Is True & Everything Is Possible 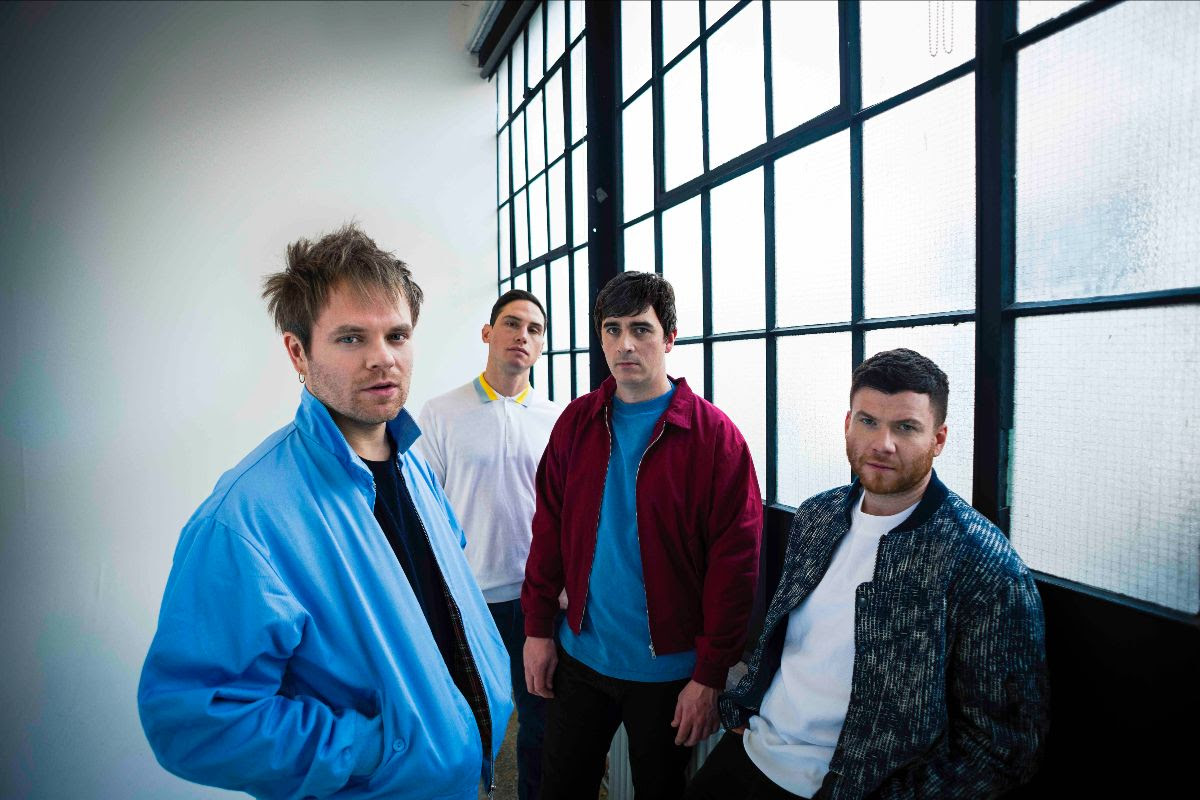 Since releasing their debut album, Take To The Skies, back in 2007, Enter Shikari have proven time and time again that they are a band that is never afraid of evolving and changing their sound. Now, thirteen years and five studio albums later, they have released what is supposed to be the definitive Enter Shikari album: Nothing Is True & Everything Is Possible.

The band’s sixth record is an amalgamation of everything their fans have come to know and love, but taken one step further, quite possibly highlighting what could become their future in terms of sounds. There are songs on here that wouldn’t sound out of place on, say, The Mindsweep (2015), or sounds that are taken straight out of their debut album. What’s sure about this new one, though, is that it certainly wouldn’t have been possible without its five predecessors, and the change each one of those records brought to the table. With all of that being said, let us dive headfirst into this one, and see if Nothing Is True & Everything Is Possible.

THE GREAT UNKNOWN’s Take To The Skies-sounding piano and synthesisers are what greets the listener upon hitting the play button, before being joined by Rou Reynolds, with his anxious lyrics and vocals that range from a whisper to a loud belter. Following up is Crossing The Rubicon and its upbeat pop-rock soundscapes, reminiscent of songs off of The Spark (2017), or the standalone single Stop The Clocks. Then it’s time for the first single: { The Dreamer’s Hotel }, kicked off by Rob Rolfe’s steady, pounding drum beats. It’s got quite an urgency to it.

Waltzing off the Face of the Earth (I. Crescendo) is where some of the aforementioned evolution starts to become noticeable: from lyrics that talk about the uncertainty of living in 2020 and how “Nothing is true, and everything is possible” (i.e. fake news, et cetera), to the appropriate “one-two-three” waltz rhythm, orchestral elements and almost jazz-inspired, yet still Shikari-sounding, brass closing section. They enlisted the help of the City Of Prague Symphony Orchestra for this one, and the moments where they show up help to take the already-great songs one step further.

Modern living…. and its reprise/continuation apøcaholics anonymøus (main theme in B minor) speak about how some people are “apocaholics, drinking gin and tonics, lying in the flowers, counting down the hours,” with the motif being carried from one song into the next over some heavily modulated electronic beats. The sensible the pressure’s on is next, sounding extremely similar to one of their previous singles, Redshift, but slightly more alt-pop. Despite its lyrics about feelings of anxiety and/or panic attacks (“You told me everything will be fine / I appreciate your belief, but I’m not sure you’re right”), the song is surprisingly euphoric in a way, even featuring bassist Chris Batten backing up Reynolds’ emotive vocals during the song’s bridge section. Reprise 3 brings back the older “And still we will be here” motif from Common Dreads-era song Solidarity, before heading into the most recent single T.I.N.A. – short for “there is no alternative”. The electronics and synths are colossal on this one, which, alongside its great rhythms, is sure to get the crowds jumping when the band get back on tour towards the end of the year (here’s hoping).

Here’s something else that’s new: an instrumental, orchestral track! Elegy of Extinction starts off sounding as if it was a majestic overture lifted straight from a Disney movie, or perhaps even an Alan Silvestri score, slowly becoming more and more menacing, and heading into Hans Zimmer territory. The two-part Marionettes suite proves to be a musical journey in and of itself. Part one, (I. The Discovery of Strings), starts with a glitchy, modulated electronic intro, then joined by a trumpet (Shinrin-yoku / Torn Apart, anyone?), and even some modulated vocals down the line, for what is the chorus, before heading straight into its counterpart. (II. The Ascent) sees the return of gang vocals: “Climb, climb, search and seek, we will test this truth you speak”. Guitarist Rory Clewlow provides a guitar lead that ends up becoming the musical theme of the second part, picked up by the electronics and Reynolds’ faint vocals, which end this two-part journey.

As we head into the last three songs of the record we are met by another sensitive song, satellites**, which yet again sounds as if it was the child of Redshift, but while also being different from the pressure’s on, thanks to some distinctive elements such as the “la-la-la”s during the pre-chorus – don’t worry, it doesn’t ruin the track. One last fanfare before the finale: it’s time for the kiñg, packed full of distorted guitars and electronics, brass elements during the chorus (which, to some, might even sound ska-inspired), and even some growlier vocals and “RAH!”s on Rou Reynolds’ part. It’ll surely be fun to hear the crowds scream along to this one. Finally, Waltzing off the Face of the Earth (II. Piangevole) ends this new Enter Shikari 15-song chapter with motifs and continuations from Waltzing I (the “Nothing Is True” motto), as well as the orchestral Elegy we were met by earlier, replete with the orchestra joining in once again for a final crescendo.

So, all of these words and fifteen tracks later, Nothing Is True & Everything Is Possible proves that a band can continue to grow, evolve, and explore new sounds, while also maintaining their identity and the elements that make them who they are. By revisiting sounds from their back catalogue and fusing them together with novel motifs and soundscapes, Enter Shikari have managed to piece together an album that is ambitious, eclectic, and quintessential Shikari. Well done guys, we’ll see you in November.

Standout Tracks: THE GREAT UNKNOWN, T.I.N.A, { The Dreamer’s Hotel }, satellites**, the pressure’s on, Marionettes (I. The Discovery of Strings), Marionettes (II. The Ascent)

For Fans Of: Crossfaith, Bring Me The Horizon, Linkin Park, Hacktivist