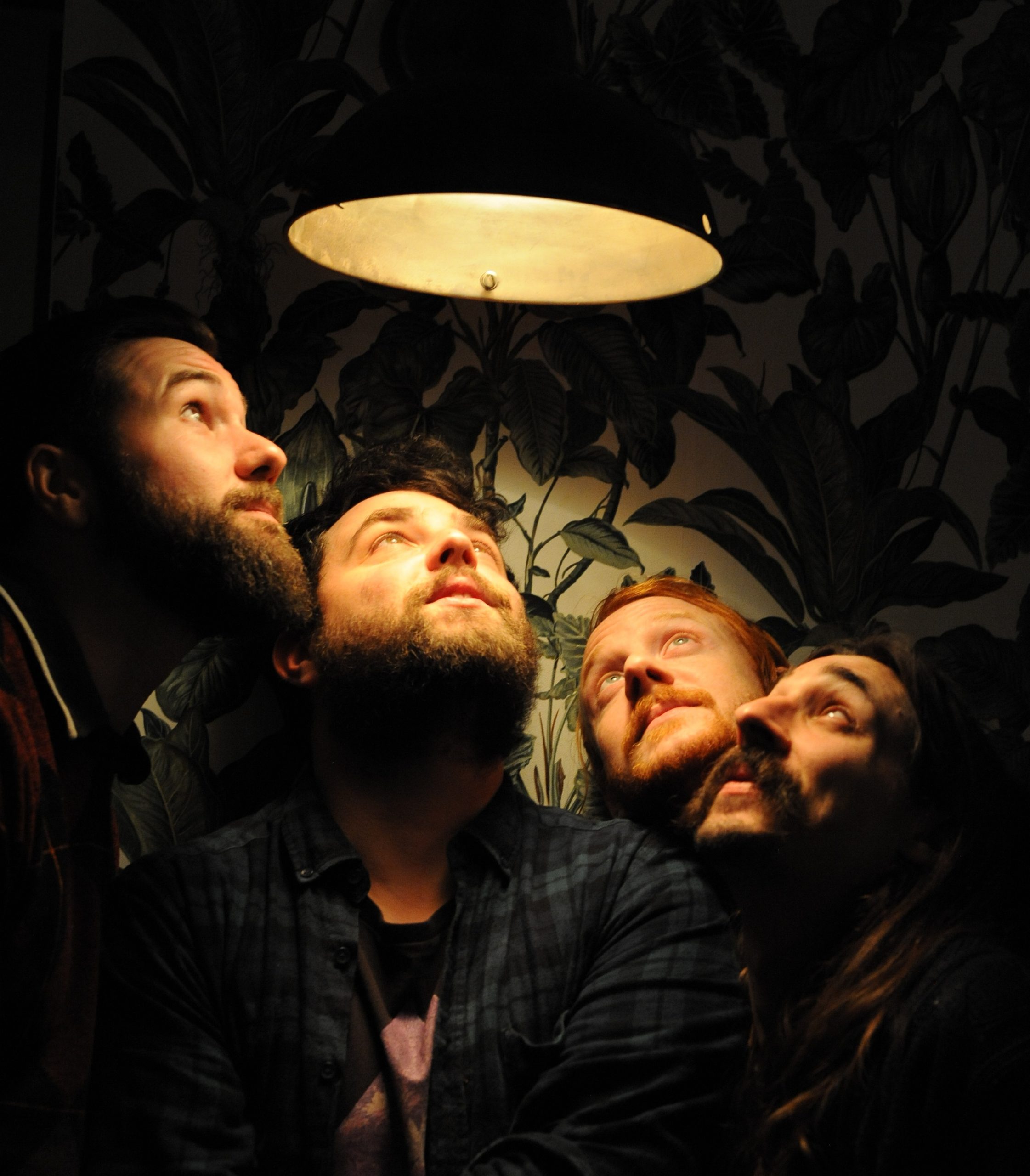 This week sees the release of Wild Cat Strike‘s new EP Mustard Coloured Years. A direct follow-up to the band’s debut full-length Rhubarb Nostalgia, featuring similar themes and intriguing analogies, there is plenty to discover on the Brighton quartet’s upcoming release. We caught up with frontman Danny Byrom to dig deeper and find out more about the tracks that make up Mustard Coloured Years…

Our new EP Mustard Coloured Years carries on where our album Rhubarb Nostalgia finished, the closing line of Rhubarb (on the song Another Round) “I can’t complain” being the opening line of Mustard (the first track on MCY). For me this works as a p.s at the end of a letter, the story’s not yet fully told. Lyrically it has similar themes – the grand narratives in life I think it’s hard to avoid.
I like to find unique analogies that haven’t been found, but once heard it seems as though they have always existed; the loud wallpaper in a quiet room, traffic jams bringing in a red break light coloured sunset, the night disguising the roads as strips of liquorice, who tamed the carousel horses?, a cherry branch at random signifying good luck, the easiest thing to do is to learn the hard way, trying not to worry where you are going to sleep at the end of the day knowing that heavens always got a spare room, just in case…
Mustard
Mustard can be quite a divisive colour – whether it’s on some wallpaper or a suit shirt – and our thoughts can be both tasteless and inspired, depending on context. Just like a pair of mustard coloured corduroy trousers.
Swamp
I wanted to make a song where parts were almost an onomatopoeia, the slow, slugging distorted guitars encapsulating that stuck, sinking feeling. The song is kind of about inevitability and mortality, and – like a swamp – the harder you fight something you cannot control the more you’ll struggle to keep your head above water. It sounds very bleak but after the passing of someone I was once very close too, the only thing you can do is hope that the sun is shining. Hell l don’t know, then maybe there’d be no swamps in the first place.
Toothcutter pt. II
This song brings in a lot more of my folk/country influences, it’s a thigh slapping rodeo song. The song starts as a heart-to-heart, then the drums come rolling in, everyone gets up, starts dancing, doing the dosey-doe and it ends in a bar fight – the perfect night.
Beekeeper Song
I’ve always liked small ditties on records, as a slowing of the passage of time, and adding some lethargy. I wanted this song to sound like it came from a radio playing in the background of the protagonist’s story. The idea is based on “when we die our bodies turn into bees, and are released into the wild,” so whilst we are alive we are keeping the bees inside us – a beekeeper. It has the sort of mad narrative of fairy tales and nursery rhymes that sound fun, but there’s a dark undertone.