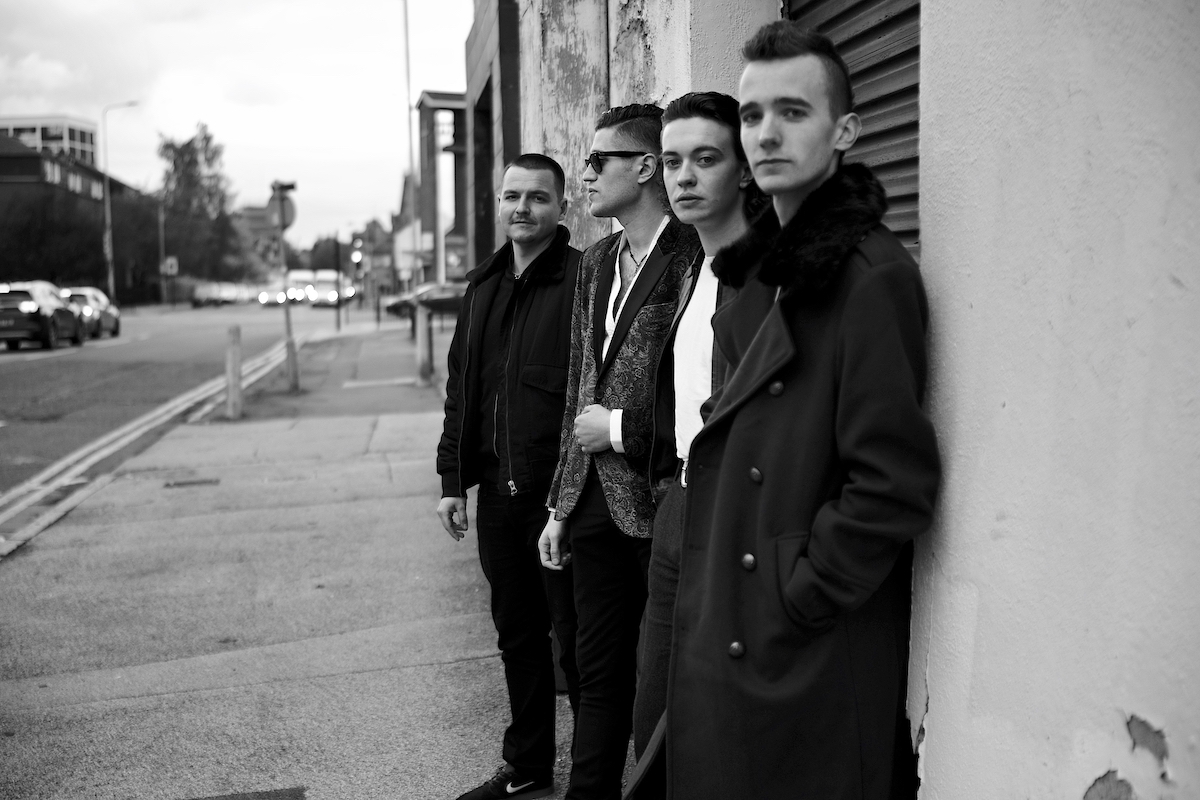 Indie electronic newcomers MiG 15 are setting their sights on big things, bringing their different styles and backgrounds together to create a sound with their own unique edge. We caught up with vocalist Adam Bray to find out about MiG 15, including their formation, what the band want to achieve, his first musical memory and more.

I am Adam, I’m the frontman for MiG 15. We are a four-piece synth/guitar, pop/rock band from Liverpool. We all come from different styles and backgrounds, I feel this helps the sound of our music have its own unique edge.

It all started when I received a phone call from Ann Heston, the head of Deltasonic Records which is a label I used to be a part of, who told me she knew someone who was looking for a songwriter to work with (Jimmy Mc). Me and Jimmy hit it off straight away and began writing songs together. When the time came to expand the line-up, we got some help from a good friend of mine Nathaniel Cummings (The Peach Fuzz), who pointed us in the direction of Jmo to fill our vacant lead guitar position. His ideas lined up perfectly with our own and what we wanted to achieve. I found Martin on one of those sites that kind of feels like Tinder for musicians. Joinmyband.com or something like that. We met up and discussed where we wanted things to go and then that was it. We’d found our drummer and we had formed the full line-up of MiG15. This was maybe June/July of 2019.

For me it was when I was fifteen. A couple of friends and I had decided to get guitars and learn how to play. They turned out to be much better then I was at it so I turned my attention to songwriting instead. I became hooked with writing narratives and melodies, and after playing our first gig at The Picket on 28th November 2008 I had well and truly caught the bug. After that music became all I wanted to do with my life.

For me, I love things like The Killers, Springsteen and Johnny Cash, Jimmy Mc is very much a Clash and Joy Division fan, Jmo I know loves the likes of Alex Turner and Tame Impala and Martin being the rhythmical monster he is loves his hip-hop, the likes of Kendrick Lamar and Anderson Paak.

As a band the sky is the limit for us. Our mentality is to strive for being as big as possible. I don’t understand when a band wants to be underground. I want to play stadiums and for our music to reach people the world over.

For those who are yet to see you live, what can they expect from a MiG 15 show?

Our shows are filled with energy. I believe if people have paid to come and see you then they deserve a show. That should reflect in the way you interact with the crowd, the band, the way you move and what you wear to perform.

After the current apocalypse has subsided, we have lots of shows we have had to reschedule plus lots of new music we are looking forward to releasing. So hopefully we have all that to look forward to in the not so distant future.