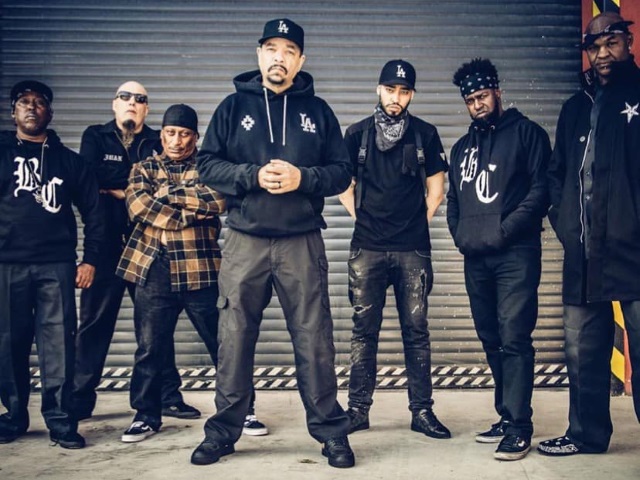 You don’t last in the music business for nearly three decades without having that special something, and despite great tunes and an unrelenting DIY attitude the most valuable weapon in Body Count‘s arsenal is their ability to be a chameleon of a band, who grow to suit their musical surroundings without losing sight of what they really are. Their latest album Carnivore is their third since their return from hiatus and shows the band looming hungrier than ever.

Carnivore opens with the album’s namesake and in that respect it fits the bill perfectly. The track is a mission statement and sets the tone for what this Body Count release is all about. The jagged, aggressive guitars and pounding rhythmic sections give off a sense of danger and the attitude and swagger that is on display is dialled up to eleven. The delivery from Ice-T is exactly what we have come to expect from the veteran, he exudes confidence and spits venom in his verses whilst remaining articulate and relatable. The guitar solo is a revelation in this song as it shifts to a classic rock vibe before shifting back in to the metalcore/hardcore style that has always served the band so well.

The second track, Point The Finger, keeps the aggression going and features the first of the album’s guest vocalists in Riley Gale from the band Power Trip. His harsh, rasping vocal tones counteract with Ice-T wonderfully and shows just how up to speed Body Count are with the current state of affairs in the world of heavy music. It is a testament to the band’s adaptability that they can keep moving with the current climate of heavy music without selling their soul. They then shift gears for the next track, the lead single from the album Bum-Rush. The heavy bass line from Vincent Price links up with the booming drum work of Ill Will to lay the foundation for the track to build on, and it does so in a very thrash metal way with high speed riffing and a solo that would make most Bay Area bands pay attention.

The next track is a cover of Motörhead’s classic Ace Of Spades. The sentiment is nice as the band explains that they are paying homage to the late, great Lemmy, but the fact that they seem to have wedged it in to the middle of an album that was firing on all cylinders and flowing in the way it was makes it feel like a misstep.

Fortunately they get things back on track with one of the main highlights of the album Another Level, featuring the renowned nice guy and everyone’s pal Jamey Jasta. The song itself slows the pace to half of what the rest of the album has been so far. The guitars sound huge, with the tone sounding full and impossibly heavy. The message is positive, saying how people have doubted them in the past and now they have to look at how well they are doing in spite of that. The inclusion of Jasta adds a great dynamic to the chorus of the track and creates a low-key ear worm that will stick with the listener for a fair while.

Later on in the album, When I’m Gone is a homage to a fallen friend. The guitars once again sound massive, creating a stomping groove for Ice-T to spit his message over and he does in a way that is both heartfelt and eye opening in spades. He has always been a man with a lot to say and at the ripe age of 62 years there is very little that the man has yet to see, now playing the role of a wise veteran that plenty of people will benefit from listening to. The addition of Evanescence’s Amy Lee adds a haunting texture to the chorus of the song, once again adding another dynamic to an album that refuses to stand still.

It goes without saying that Body Count are a band of great importance. Both musically and socially, with their subject matter often being something that will teach younger people about the trials and tribulations of everyday life. But it is how the band constantly adapts and grows with the ever changing musical landscape that has ultimately been the thing that has kept them relevant for all of these years. Carnivore is an album that shows the band trying on many different musical hats and trying out many different voices without it feeling jumbled and messy.

Despite the inclusion of Ace Of Spades and the reworked versions of Ice-T‘s solo tracks Colors and 6 In Tha Morning, this album is awash with fresh ideas and vigour that you would expect from a band half their age. Body Count haven’t slowed up at all and show no signs of doing so in the near future. 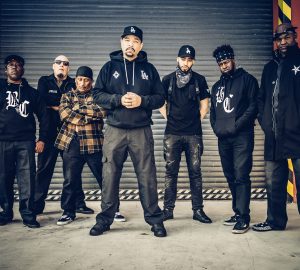 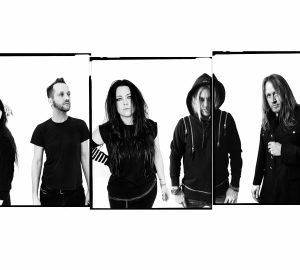