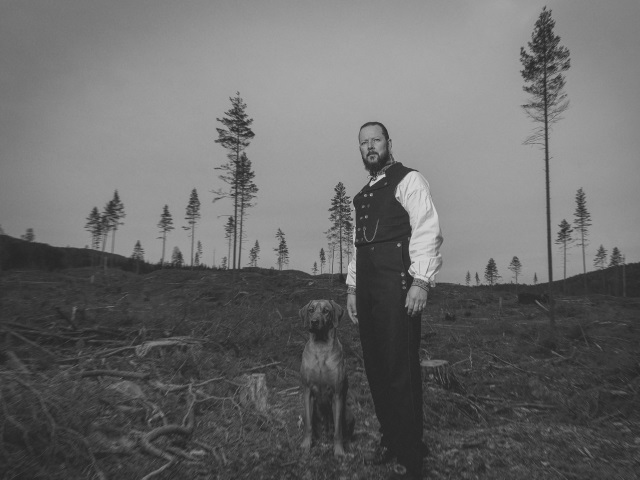 There are few things that are guaranteed; life, death, taxes and the fact that Ihsahn will continue to put out a high quality of music. With Emperor only reuniting for one-off shows since their dissolution in the early 2000s the man has kept himself incredibly busy, releasing a plethora of albums and extended plays in a number of different styles and creative directions. In the latter stages of 2019, Ihsahn announced that he would be releasing two new EP’s this year, with the first being released in February. He’s certainly kept his promise with the release of Telemark.

The EP is named after the Norwegian county in the south east of the country. Renowned for its lakes and mountains and also as being the hometown of the Ihsahn himself, it’s the perfect setting for the musician to reflect on his creative roots in black metal. This is very much the theme for the release and that is apparent from the very beginning with Stridig. The ambient introduction from the guitars and heavy handed snare swells and builds the tension before setting off into black metal territory, complete with awkward time signatures, tremolo guitar picking and Ihsahn’s instantly recognisable shrill vocals. The power behind his voice and the use of his native Norwegian language gives this track a harsh and unforgiving sound, and when this is coupled with the dissonant and unsettling leads from the guitar, it makes for a bleak soundscape that flows in such a way that that the five minute run time feels like it passes you by in an instant.

The following track Nord follows on in the same way. It is a real treat to see Ihsahn return to his roots in such a way. Ever since the early days of Emperor he has always had a way of writing black metal that pushed beyond the restrictive boundaries of the genre without upsetting the militant fanbase, and it’s refreshing to hear him exploring these sounds without the hindrance of the famously terrible production that goes hand-in-hand with traditional Norwegian black metal.

The title-track of the album clocks in at just under eight minutes in total and very much keeps to the bleak and abrasive theme of this release. The use of an array of different instruments in the introduction feels as though it’s about to send the track off on an entirely different tangent, before shifting gears into an almost psychedelic, progressive rhythmic section that wouldn’t be too out of place on an Opeth release. The drums kick into gear at around three and a half minutes and throw the listener into disarray, with it’s pulverizing blasts and tremolo guitar parts. This is as savage and intense as any of Ihsahn’s previous work, from both his Emperor days and his solo efforts to date. The veteran is clearly revelling in his creative freedom, by taking the tried and true formula for black metal and expanding in whichever way he seems fit and it’s working with a devastating effect.

The additions of two cover songs at the back end of the EP are an interesting decision, but prove once more that Ihsahn will never be predictable when it comes to his output. The inclusion of Iron Maiden classic Wrathchild is one that isn’t too far out of left field (even with the choice of throwing in a lot of brass instruments), with plenty of heavy bands having taken a stab at it in the past. However, the inclusion of the Lenny Kravitz hit Rock And Roll Is Dead is a far less predictable choice, with the bouncy, classic rock vibe seeming like the furthest thing musically from what you would expect out of this particular Norwegian purveyor of darkness. However, somehow it works and is a great addition to the release, even if it appears a little unnecessary.

This release is a wonderful addition to the Ihsahn back catalogue and will hopefully serve as nourishment to his loyal followers, who still cling to his former self as the frontman of one of the most formidable black metal acts to grace the earth. With another release chalked in for later in the year, it could be a very promising year for Ihsahn.

For Fans Of: Emperor, Satyricon, Darkthrone

VIDEO NEWS: Asking Alexandria Release Lyric Video For ‘They Don’t Want What We Want (And They Don’t Care)’