ALBUM REVIEW: Polaris – The Death Of Me 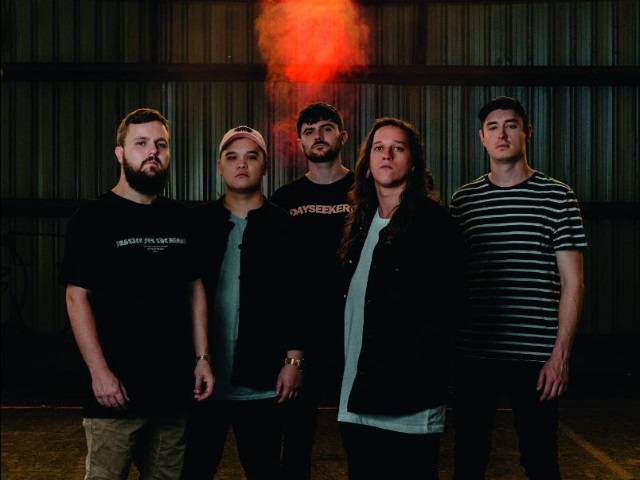 It’s no secret that the rest of the world has been looking enviously at Australia for some time when it comes to exporting stellar metalcore acts. With the way that Parkway Drive are selling out arenas seemingly for fun and bands such as Northlane, In Hearts Wake and Alpha Wolf continue to make waves for themselves across the world. Even The Amity Affliction seem to be back on the ascension following their 2018 misstep Misery.

One band that are looking to make a name for themselves in 2020 are Polaris. Since their formation in south Sydney back in 2012 the band set about honing their craft with a couple of well received extended plays. Following the release of their 2017 debut full length The Mortal Coil the metalcore world have begun to pay attention and eagerly awaited their follow-up and now, three years down the line, the band are back with their sophomore effort The Death Of Me.

Album opener Pray For Rain grows gradually, the echoed instrumentals and vocals work to create a tense atmosphere. The vocals from Jamie Hails are drenched in anguish and are delivered with raw emotion. When the track kicks in we’re introduced to the first of many of the album’s almighty breakdowns, which then leads into the frantic, busy riffs from guitarists Rick Schneider and Ryan Siew, which are heavier than hell and set the tone for the rest of the album.

Hypermania couldn’t have a more apt title. The song strips everything back in comparison to it’s predecessor and dives straight into an out and out rager of a song, not too dissimilar to what you might find on any of the later Every Time I Die releases. The song manages to squeeze a number of different riffs and intense rhythmic patterns, dictated by drummer Daniel Funari, into a two and a half minute song that grabs you by the throat and forces you to pay attention.

Masochist then shifts the gears backwards into more of a progressive territory, akin to the likes of Periphery or TesseracT, with the beautiful clean singing from Hails produced and mixed perfectly to float above the intricate, clean guitar parts. When the song kicks in the band deliver a hook big enough to knock out Mike Tyson. The distorted guitar tone gives the song a really barbed edge and plays off wonderfully against the infectious vocal melody, once again showing the many faces of the Polaris way of constructing songs. The lyrics are as poignant as ever, with Halls discussing issues close to his heart such as mental illness and the struggles that so many of us go through on a day-to-day basis, which is even more relevant given current events in the press in this country.

One of the highlights of the album is Landmine. The band clearly saw this song as a major selling point for the album and rightly chose it as one of the lead singles with which to promote the release. The heavy, down-tuned guitar riffs and high impact drum work, coupled with the harsh vocal performance from Hails, will make this hectic track a standout song when the band bring it to the stage. This song was created for the pit. Every bar of it is high velocity and bounces along at a wonderful pace that sweeps away the listener. The breakdown in the later stages sounds bigger than anything else the band have created to this point. The awkward time signatures and impressive solo shows that the group are not done technically pushing themselves as musicians, and makes for some of their most intriguing moments to date. The inclusion of a blast beat towards the end from Funari cements this song as the heaviest on the album and makes sure things finish at 100mph.

In the back half of the album is another high point, Above My Head. The song shows the band opting for a more metallic hardcore approach, with a stomping two-step rhythm with melodic guitar parts sounding not too dissimilar to bands such as The Ghost Inside. It is a testament to the high quality of songwriting that the band can turn their hands to this many musical avenues without losing their own personal flavour. Moreover, the fact that they also manage to draw influence from their peers and heroes without losing their identity and sounding like a carbon copy is something to be admired.

By the time you get to the point of Martyr (Waves) at the back end of the album you would be forgiven for thinking that Polaris have emptied their bag of tricks. However, this is simply not the case. The track opens almost like a ballad before picking up the pace at the halfway mark, with one of the finest sounding distorted guitars you are likely to hear this year (this is clearly something that Schnieder and Siew take great pride in).

This album is more than just progression. This is a band finding their creative voice, their muse and hitting their stride. If The Death Of Me is a sign of things to come for metalcore in 2020 then it is going to be a great year for the genre, and for these Aussies in particular. Parkway Drive may want to look over their shoulder soon, because there’s another band from their homeland that are coming for their crown. 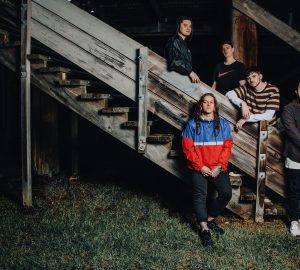 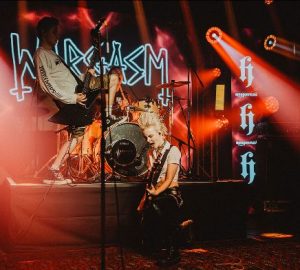