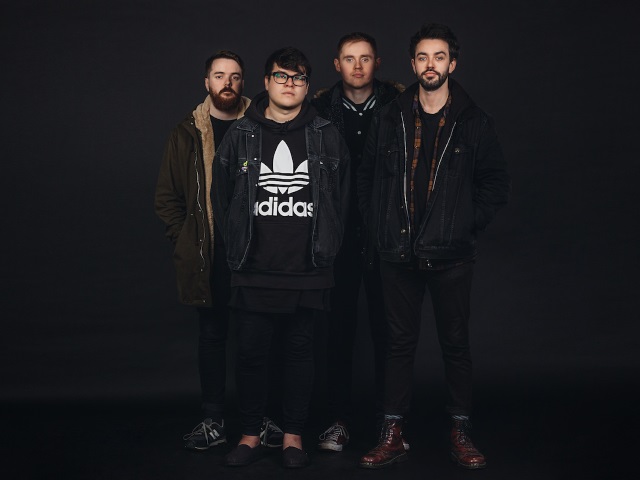 VASA have once again unleashed their chaotic, feel-good post-rock energy in the form of their second release, Heroics. With their debut considered a modern classic of the post-rock genre, the pressure was on! We caught up with guitarist Scott Coupar to get his thoughts…

Congratulations on such a good follow-up album! Are you happy with how Heroics turned out?

Yes, thank you. Compared to our previous output, we were much happier with the songs before heading into the studio and are super happy with how they turned out. Working with Tom Peters in the studio played a big part in this, as Tom knows our sound very well by this point and was able to get the best out of the songs and our performances.

How do you think you have evolved since Colours?

Colours was a fairly standard debut album in that it was more of a collection of songs as opposed to a fully formed album that was written with intent. Some of the songs on Colours we had released previously, as standalone songs or on an EP, so as a result it ended up being fairly disjointed as a piece of work. While we have really taken our time in putting Heroics together, the songs were still written over a shorter time period than Colours and is a more cohesive album.

Colours was universally applauded from all walks of the music industry as a landmark of “fun” post rock. Clash described you as “one of the best instrumental bands anywhere in the British Isles.” How did you cope with the pressure and how did it inform how you began tackling album number two?

We don’t tend to feel too much external pressure, we are still very proud of Colours and where it’s taken us as a band, but the real pressure we felt when writing this new album was from ourselves. We actually had almost an album’s worth of material written about two years ago, but we scrapped almost all of it as we felt it wasn’t enough of a departure from what we’d done before. We can confirm that “the difficult second album” is not a myth.

How does your Celtic background influence your songwriting?

It literally didn’t inform our songwriting until we had other people pointing it out to us! I guess all those years of Ceilidh dancing at school has seeped into our collective subconscious!

Most people are surprised to hear you guys described as “post-rock”. What influenced your decision to make post-rock which isn’t so…how do we put this…? Depressing?!

I guess the more traditional “post-rock” sound is the foundation of our sound, and we definitely are influenced by that side of the genre, however we take a lot of influences from elsewhere which creates less of those depressing vibes and adds a little more energy and positivity to the mix. I think “post-rock” can be a good umbrella term that helps to describe our sound, but it certainly isn’t the full picture. Chuck in some post-hardcore, pop and shoegaze elements and you’ll come closer to our sound.

We loved Heroics. It feels like it had more introspective and mediated vibes compared to your debut, because of its themes of childhood, adulthood, and all the life that comes in between. Would that be an accurate statement?

I dread to use the word “maturity” when describing our second album, but sometimes the clichés are clichés for a reason. We were in our early to mid twenties when putting Colours together, but we’re now all turning thirty and I guess you start to take things a bit more seriously as you get older, and that’s certainly the case when it comes to this record.

And finally – if you were trapped in a “groundhog day” and had to relive one gig every day, which gig would you pick and why? Or which one would you specifically want to avoid and why?

We played at the first Colossal Weekend festival in Copenhagen in 2016 alongside Russian Circles, This Will Destroy You and Cult of Luna. It still stands out as one of our favourite shows, both for how the show went (a packed room a few hundred miles from home will never not be amazing) and for the general experience surrounding the show. If we could never play Stoke on a Monday night to practically nobody ever again, that would be lovely.

VASA‘s new album Heroics is out now via Dome A Records, available to stream or purchase HERE.

See VASA live at one of the following dates: