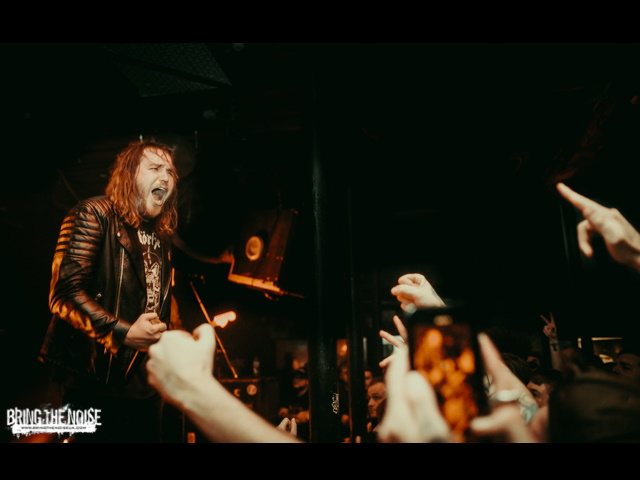 On cold Thursday evening in January, there’s only one thing to blow away the blues and warm your cockles… that’s right, it’s a metal gig! Florida’s own Wage War came to Birmingham’s O2 Insitute 2 as part of their UK tour, bringing old favourites and new tracks from their latest album Pressure.

First of all, a big shout out to Thornhill and Ded for supporting, and loosening up a room full of metalheads, absolutely chomping at the bit for a pit. The former for opening & coming all the way from Australia, the latter for ripping several chunks of plaster off the walls with their domineering sound.

Any band where any member is wearing a Motörhead t-shirt is an instant winner, so full marks were awarded to frontman Briton Bond for his choice of attire on Thursday evening. He doesn’t have a bad set of pipes either, as he effortlessly growled his way through an hour of choice cuts. You can also tell the effectiveness of a front-person on how they direct traffic, and Briton could’ve parted the Red Sea. When he called for a pit, the room would separate & spin on his command.

Opening with Who I Am, the room burst into life, with a sea of horns, hands and bodies bouncing around the room. The sound was mixed fantastically as a wave of chugging guitars, throbbing bass and angry growls enveloped the room. It was a delight to see the room full as well, with folk even stacked up the stairs to get a primo view.

Their set spanned the last five years of their career, with Hollow and Twenty One sending the crowd into raptures, and a big ol’ singalong for the latter. A crowd can make or break a gig; you know when you go to a gig, but it ends up being a bust because you’re stuck next to some goons who won’t stop talking through the set? Fortunately, there were no such issues, with a vibrant & energetic Wage War faithful ensuring that the band knew the trip from Florida was worth it.

Clocking in at just over an hour-long, it was the perfect length for a rowdy metalcore gig, because after an hour of sweaty pits, your pits are sweaty and all you really want is to go home and soak your tortured bones in a lovely bath. Wage War knew the score, sapping the crowd of their energy in a short, sharp burst and leaving them incredibly satisfied.

As the final notes of Stitch rang out, the room continued to thunder, with an appreciative crowd showing their love for what was a fantastic hour of big, dirty metal. 9/10