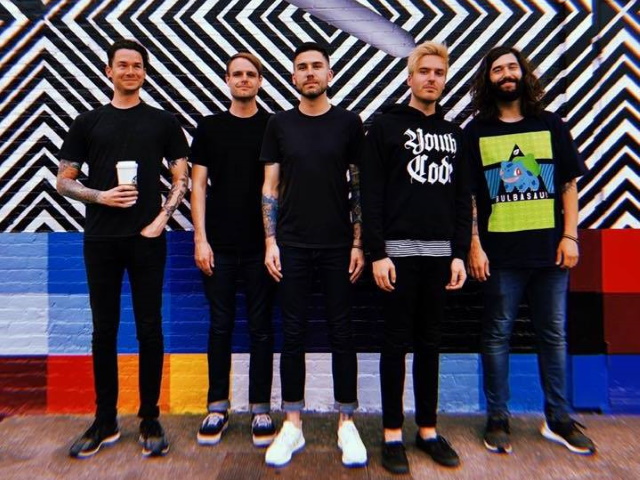 If we consider the last decade to be the time period when pop-punk gradually makes a resurgence, then Real Friends should definitely be a part of that conversation. Over the last few years, the modern pop-punk scene has involved landmark releases from Neck Deep, State Champs and The Story So Far, each presenting signature blends of acute storytelling, impactful choruses and catchy melodies. We all have our favourite pop-punk releases, and we all miss Warped Tour, let’s not kid ourselves.

In the wake of Blink-182’s long-anticipated new album NINE, along with the news that Sum 41 are co-headlining Slam Dunk Festival 2020, Green Day’s headline arena tour with Weezer and Fall Out Boy as well as The Offspring playing Download Festival next year, pop-punk might just be on its way to dominating the heavy music spectrum. 2019 saw a blessing with several new quality metal albums, but 2020 might truly be the year of the snapback-skateboard combo.

Hailing from a suburban village in downtown Illinois, Real Friends have truly had the humblest of beginnings. With six EPs and three studio albums to their name, and with the latest album Composure sporting a punchier, more upbeat and intricately layered sound, Real Friends now sport a live sound that seamlessly blends this aura perfectly alongside their raw, and signature ‘sad’ songs. Since 2010, the band have toured relentlessly alongside fellow pop-punkers The Wonder Years, New Found Glory, All Time Low and so much more, firmly cementing their place among the pop-punk elite.

Real Friends have had a busy 2019, involving appearances at Slam Dunk 2019 and a seemingly never-ending tour schedule. But their recent UK-European run in support of Composure is, in their words, their “last tour for a while”. Whether a new album is on the cards or whether they’re taking a rest period is anybody’s guess, so it only makes sense to get in a few finger points and singalongs in for good measure before they’re inevitably sorely missed.

Support on this Euro-continental tour came from Philadelphia alt-rockers Grayscale, who have made significant waves with new album Nella Vita. Grayscale have big shoes to fill, as it’s evident from the semi-packed Electric Ballroom, the majority are here for the headliners. But they knock it out of the park straight away with the belter In Violet and the crowd begin to eat it up wholeheartedly. Frontman Collin Walsh nails the high notes flawlessly, which are not easy to hit by any stretch, and powerfully complements the rhythmic punchiness from the instruments. Songs that followed included Mum, Painkiller Weather and Fever Dream before closing on Atlantic.

Having not extensively listened to Grayscale up to this point, immediately after their set finished, we bookmarked their albums on Spotify to check out on our return journey. We have a feeling others in the room have also done the same after such a strong set in London.
8/10

Clocking in at just shy of 9pm on this chilly Friday night, Real Friends storm the stage and waste no time in turning the heat up. Opening with Composure fan favourite Get By, while the Ballroom wasn’t packed to the brim by any means, the crowd were firmly in the bands’ proverbial hands, bellowing out the words to just about every single song that followed. Needless to say, songs like Summer, Mess and I Don’t Love You Anymore drew in an excessive amount of gang vocals. Not that frontman Dan Lambton needed it, as he was notoriously on point with just about everything. From his usual eloquent emotional soliloquies (they played Sixteen, so you get it) to his stage banter and repeated call-backs to their last London headline show, and by extension, his love for the scene here. Dan was the star of the night, by a long way.

The biggest cheers of the night went to a shout-out for some old material, spearheaded by the madness that ensued with old favourite Late Nights In My Car. Dan’s bony knees remained intact, thankfully. What followed was the sombre part of the evening with the aforementioned tearjerker Sixteen immediately preceding I’ve Given Up On You, which collectively extruded all the feelings from everybody in the room into the atmosphere.

Naturally, the closers of Me First and From the Outside draw another round of energy from the London crowd after they just had their emotional heartstrings pulled. With a surprisingly early finish time of roughly 10pm, the night ended on such a high note regardless. Real Friends smashed this set, and we’re already excited for what the band has in store after this tour, and their inevitable return to this side of the Atlantic.