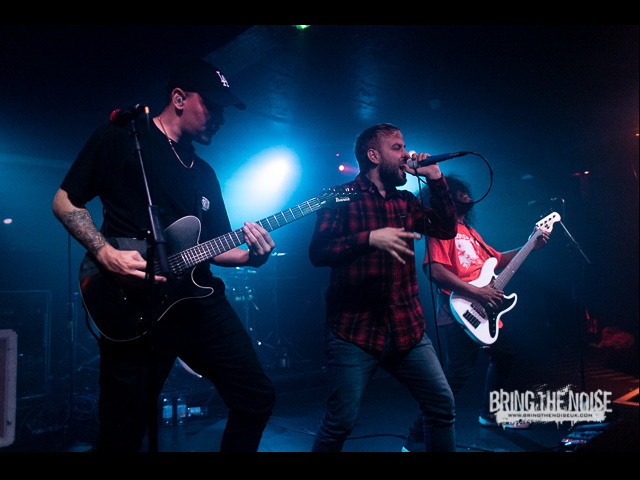 Following on from the release of their latest album Beautiful Oblivion via Rise Records, Issues headed out on tour across the UK and Europe earlier this month in support of the release. Read what we thought of their Glasgow show and check out our photos from the set here.

It’s been a long road for Issues to end up with this line-up. They swapped out a drummer as well as shedding a DJ and a superfluous screaming vocalist to land on stage as a four-piece. Leaner and better? Without a doubt.

Tyler Carter thrives more as a solo frontman. He’s not exactly chatty with the crowd, but he croons his way through 14 songs with confident authority, encouraging the crowd to sing-along to the band’s avalanche sized anthemic hooks.

The surprising element of his performance is how aggressive some of his vocals are. As some vocalist, he’s picking up some of the slack adding his own higher, scratchy screams to old and new tracks alike. The push and pull of Second Best being a prime example of how well this new approach works. It’s hard to not be totally carried away on the infectious tech-infused wave that makes up the band’s instrumentals. From the breakneck punk beats to savage breakdowns, the progressive flourishes to the funk-inspired grooves and jittering electronics everything tonight is played perfectly with a sense of joy that few po-faced heavy bands can command.

It would be an act of defiance of epic proportions to not stand through this set with a broad smile on your face. The band bounce their way through every one of these tracks with an enthusiasm reciprocated by the crowd, often almost sending themselves through the Cathouse’s low ceiling as they jump along to big riffs of Never Lose Your Flames and the disco flavoured stomp of Flexin.

If there is a criticism to be made, it’s that the band could have leaned a little bit more on some of the more interesting creative moves on their new record, such as the choir and sax infused Find Forever and the pure pop of Rain. It does feel like they might have played it a little safe.

Issues were once considered a hype band, in danger of cutting themselves they were so on the edge of the zeitgeist. To be honest, that time has probably been and gone. But in place of that buzz band is a confident, dexterous and endlessly fun cult band who continue to flex their creative wings in front of an adoring crowd. Most bands would kill to be in this position.