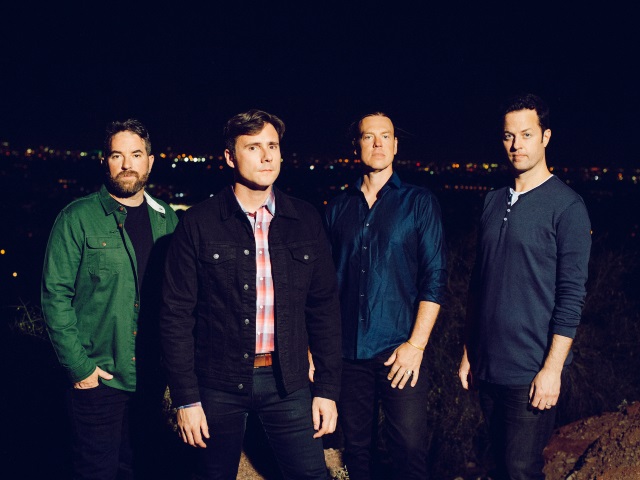 Some things in life are like clockwork: like paying tax, the Great British Bake Off and every three years, Jimmy Eat World bless us with a new album. On Integrity Blues, their excellent ninth release, the band used a lot of electronic elements and the mood was considerably mellower but no less warm and heartfelt. It’s potentially an indictment of nostalgia culture that it has become really easy to take them for granted at this point, they have never gone away, no long hiatus followed by a reunion to reignite interest and boost their popularity to previously unreached heights. They’ve just always been there, surviving, if you will.

Surviving opens with its title track and you are immediately re-introduced to a slice of the more anthemic Jimmy Eat World, with an incredibly uplifting message about not letting things define you. Jim Adkins hits some notes right at the top of his range, and you immediately feel this warm glow within, like him and the rest of the band are going to hi-5 you on the way. It’s like he wants to put his arm around your shoulders and buy you between 1 and 5 beers and give you a wonderful pep talk. The album transitions to Criminal Energy, a pacier take on their style, and once again, a straight up banger aiming its sights at the chap currently occupying the White House, perhaps?.

Delivery is the first standout track, carried by a genuinely gorgeous chorus makes you reflect on your relationships and what you learnt from them. It’s also the song that most closely resembles something from Integrity Blues. 555 could prove to be a divisive track in the canon, as its ’80s movie closing credits meets slightly modern pop style chorus features phrasing you’d expect from the likes of Imagine Dragons or Maroon 5. It’s easy to see how this could put off longtime fans, with its almost total lack of guitars and vocal phrasing that just doesn’t quite suit Adkins’ voice. Further to the topic of ’80s inspired tracks, lead single All The Way (Stay) feels like John Hughes came back from the dead, drove a truck full of cash to Arizona and demanded a closing credits song for his new movie. The absolutely wonderful backing vocals from returning collaborator Rachel Haden help to put this in the top tier of Jimmy Eat World songs, and then the goddamn saxophone just smashes through and makes it even more glorious. Clarence Clemons would be proud.

Diamond is one of the most joyous songs the band have ever recorded. The lyrics are surely going to resonate with many, especially during these rather anxious times filled by self-doubt. The chorus hook is absolutely massive, about how self improvement takes time and not to trust anyone trying to tell you it’s easy, bringing that little bit of honesty that just makes it more believable. It’s a complete stone cold knockout banger of a song that needs to be in the live set far beyond this touring cycle.

A re-recorded version of Love/Never, a song originally from a 2018 EP follows, its lyrics about the expectations and reality of relationships sounding better than the original. Congratulations is a fascinating way to close this album, partly because it’s the longest track by a distance, but more because it sounds far less optimistic about the world and resembles, particularly in Rick Burch’s bass work, a little band called Tool. It’s very Justin Chancellor–esque. The song slowly works its way around pointed, almost sarcastic lyrics, before ending with one of the hardest segments, possibly the hardest this band have ever produced. It sounds like such a release of pressure. Pass the Baby from the previous album pulled a similar hard riff out of nowhere moment, so if this is now a staple of the band, we are all in on that.

Surviving is the sound of a band that feels truly at ease with itself. It feels incredibly tight, focused and clear in a way that they haven’t since 2007’s Chase This Light. The quartet prove they still have the ability to rock out that some may have started to question in recent years. This album doesn’t just see them in the continued act of merely surviving, but positively thriving as a veteran band. An album full of honesty, self-reflection and flecks of hope for a time considerably more troubled. You don’t come to a Jimmy Eat World album for insane technicality, you come along to hear some heartfelt, emotionally resonant songs from four non-showy people from Arizona, and once again, that’s exactly what you get. 2022’s almost inevitable 11th album has a lot to live up to.

Standout tracks: Delivery, Diamond, All the Way (Stay)
For fans of: The Get Up Kids, Sunny Day Real Estate, Taking Back Sunday
Written by Louis Tsangarides 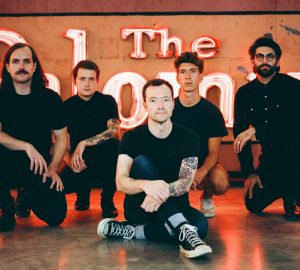