Craig Finn (The Hold Steady, Lifter Puller and The Brokerdealer) is in the UK right now playing his first run of shows with the four-piece Uptown Controllers sharing the stage. 2019 saw him release the third part in his trilogy of solo releases I Need a New War which follows similar themes to Faith in the Future and We All Want the Same Things these releases have been critically acclaimed for the honest songwriting and narrative style. We headed to Exchange in Bristol to witness the live show in all its glory.

As Craig Finn joins his band The Uptown Controllers on the stage, he announces that this is the first show they have played outside of North America. What follows is one of tightest most accomplished live sets we have seen in a long time. The combination of great songwriting, accomplished musicianship and that special little something that makes a front person great, creates a flawless set that seems to absolutely fly by.

Within the first chorus, the room and the audience have been warmed up and before the end of the set opener, the singalongs have already started. Despite this being the first time Craig Finn has graced these shores with the Uptown Controllers he has spent the last couple of years releasing three connected albums which are far from the concept pieces they sound like. Instead, these releases saw Finn using different viewpoints to create rounded arguments on modern life. These arguments perfectly fit within a setlist which unlike most solo projects does not rely on past glories, there are no Hold Steady songs within this set which is a credit to the songwriting within CF’s body of solo work.

As the set takes in songs from various solo releases there are moments that require a moment of explanation and this is where this set goes from good to great. As detail is added there is a musical interlude and instead of the traditional stage patter, this backing adds a spoken-word feel to what can often be an obstacle that disrupts the flow of the set. If these words were not well considered this section would not work so this is a credit to the obvious planning and organisation of the whole band.

Within this perfectly balanced set, emotions are expertly delivered to give the slower moments more gravitas, often following on from upbeat numbers the emotional difference is obvious and powerful. There is a wonderful moment at the midway point where a tale of heartbreak and struggle hides between two numbers which borrow heavily from classic big bands. Within these influences which you’d assume make for a dated sound hides the real genius behind this songwriting, when combined with lyrics and contemporary influences these songs sound fresh and exciting. This surprising set of combinations perfectly accompanies sharp lyrics and a performance which combines theatre with a punk rock snarl effortlessly.

The ever-present saxophone and woodwind pushes the hazy musicianship full of distortion in a surprising and individual direction as post-punk, blue-collar rock and roll and country collide head-on. With every moment the set develops Craig Finn seems to become more confident and to draw the attention of the audience. His relaxed style is an almost polar opposite of the awkward steps that lead him into the opening song. His best moments of performance involve looking from the stage with the microphone stand held tightly in one hand as the other gesticulates wildly whilst raw lyrics are sung with emotive cracks. Saying this every moment he picks up the guitar adds another dimension to an already delightfully complex sound and just when it seems like this couldn’t get any broader Laura Stevenson comes out to add a whole new dimension. With harmonies that perfectly compliment Finn’s gnarled emotion this combination is solid gold.

With the obvious focus taken by the vocals it would be easy to assume the musicianship was that of a backing band, this could not be further from the truth with keys and distortion creating background warmth, basslines that roll throughout, drumming that subtly drives the entire performance, the ever uplifting saxophone and guitars that shred in all the right places there is a balance created which stuns with musical proficiency.

As the final song arrives the assumption that this would be an uplifting finale is shared throughout the room, the room is wrong instead high emotive drama is chosen. As the final notes ring out we are left with the isolated vocal of Craig Finn and the sad end to a story of lost love. Rather than leaving the room dejected, there is a noticeable pause as the final word echoes throughout the Exchange, once this sets in the audience’s applause is rapturous but for a moment everyone is simply blown away by what they have just seen. 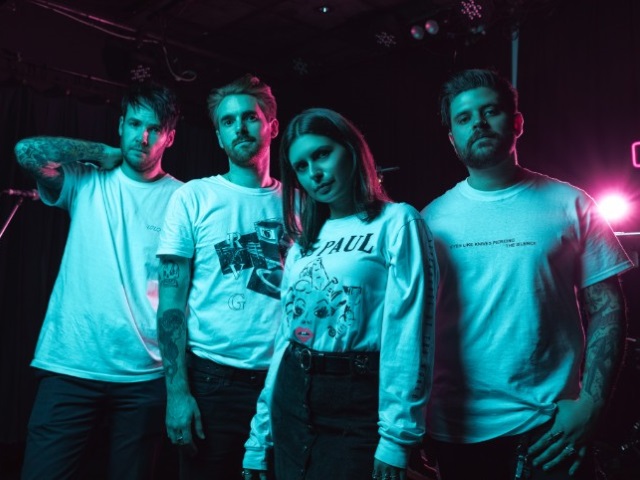