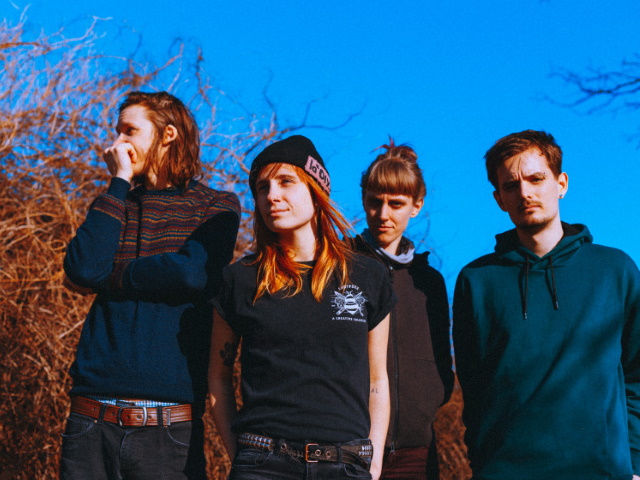 The Exchange is one of Bristol’s most loved and friendliest music venues. A record store humbly sits at the top, a modest bar and café at the ground and lurking beneath in the basement is a dark, and rather tiny, music venue which is guaranteed to provide an intimate gig experience. Tonight it’s home to one of the friendliest bands in punk, Petrol Girls, who have packed out the place with fans and their impressive merch, selling good-doing goodies which raise money for an amazing cause; Solidarity Not Silence.

Whilst perusing, the inviting roar of rock ushers the ramped up crowd down to the blaring basement. Petrol Girls are stage ready, to Cut & Stitch us all a gig to remember. It’s no lie that the band’s sound packs a punch, but right from the opener Ren Alridge takes control of the crowd and ensures there’s no actual violence, guaranteeing the LGBTQ community a rightful, safe, spot at the front. The announcement safely stamps the potential out of control gig-goers, ensuring everyone has respect on the brain and hard-hitting punk in their ears only. Alridge has an unapologetic stance on all social matters that allow human beings, no matter which gender or sexual orientation, to live and gig freely without harm and judgment, and this is the vibe tonight.

From this alone and at the end of the opening song, we know this gig is going to be different. This band and every member is a breath of fresh air in this polluted world and self-indulgent industry. Each song delivers a message, reminding people to just be kind and fair – and just a decent human! Weather Warning, is just that, a warning to all of us to check up on your friends with mental health issues. Zock ensures it’s drummed into us and takes limelight of the stage, keeping up a tempo that allows the song to change into different structures, mirroring the moods of a sufferer. Liepa Kuraite (bass) and Joe York (guitar) string the sporadic vocals together flawlessly and as the song comes crashing to a halt, the crowd are soaked from the pit.

No Love For A Nation is the soundtrack to a fuck Brexit generation, a DM for the PM, a “racist liar, who’s actions will result in less medical supplies, food and affect the innocent.” This song is a slow starter with a fast-paced, tempered chorus. York’s supporting vocals are gritty but welcomed and soon the whole band are screaming so loudly, we hope Boris himself can hear the ‘up yours’ from London.

Each song of the set has opener energy and closer perfection. Mid-set Petrol Girls still haven’t lulled and nor have the crowd, as everyone goes mental to The Sound. A little too mental, as mid-song Aldrige reminds the crowd of the band’s zero-tolerance of “macho bullshit”, encouraging LGBTQ and females to feel safe at the front. One asshole gets put to the back, and rightly in his place for heckling this, which leads perfectly into feminist track and best of the night, Touch Me Again and I Will Fucking Kill You. The tune generates a pit full of women throwing their fists in unison with Aldrige, all bellowing out the chorus in support of victims or directly to their attackers, or just shouting out at any time they’ve felt uncomfortable or sexualised without invitation. By the end, one woman is in tears and comforted (with invitation) by many members of the crowd, male included; this just shows the safe space this band create through heavy music and the cathartic and positive affect it has on many.

Energiser Big Mouth’s message makes sense of the flag backdrop that hangs proudly behind them all set, a visual reminder that you’re not alone in speaking up against sexual violence. The song is an urge to support women who have #Solidaritynotsilence and the crowd erupts and ignites electric execution from the whole band. The chaos knocks down the flag “but not the message” and the passion and power this band have in the punk scene is apparent.

Petrol Girls are the soundtrack this generation needs, that society and politics need; they pave a way to make punk an anarchist art form, in a genuine way again. Their message is to better society and address issues that should never be issues. Their gigs and album make wanting to become kinder to the planet and each other a no-brainer. If you like punk/rock love noise and aren’t afraid to hear some home truths, go and see these wonderful humans soon – we certainly will again! 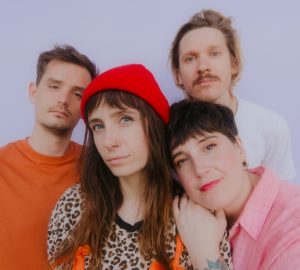 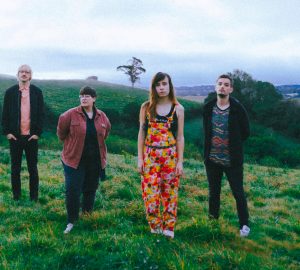 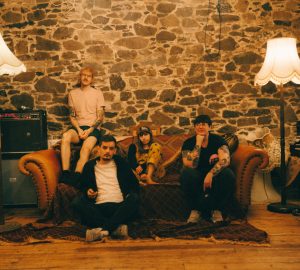