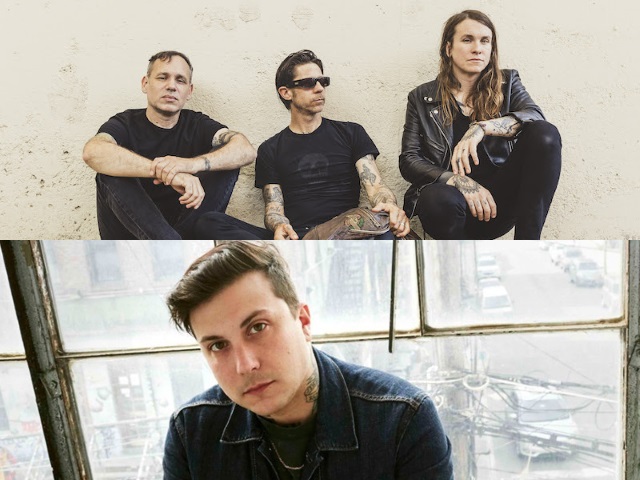 Here’s the thing about punk shows; they’re fast, they’re loud, they’re sweaty and if the phrase “this song’s about…” doesn’t come up at least once, then a bear doesn’t shit in the woods. Here’s the other thing about punk shows; they attract weirdos. Don’t get offended, there’s beauty in being a misfit. God knows the world needs neon green hair, old skool tattoos and DIY jackets to save it from the otherwise dull state it’s in – almost as much as it needs punk rock. One, two… one, two, three, four!

That’s why we’re all gathered in the main room of London’s Scala. Several guests, including BBC Radio 1’s Daniel P Carter, watch from the balcony but most are bobbing along to Mobina Galore from the sunken dancefloor. With the low stage and minimal space between it and the crowd, there’s a feeling of camaraderie as the Canadian punk duo blast through their set, which includes songs from their forthcoming album, Don’t Worry. If you’re a big fan of dirty bass lines, you might notice the absence of it, but the fuzzy guitar riffs and punk rock drum grooves more than make up for it as Jenna Priestner powers on with aggressive vocals.

When Frank Iero and the Future Violents step out on stage, it becomes clear who the majority of the crowd came to see. Outfitted in matching jumpsuits, they launch into the ultra punk beat of Moto Pop. When the rest of the instruments come crashing in, it’s like jumping off a cliff…you know the feeling. First comes the thrill of flying through the air, replaced briefly by the overwhelming sensation of hitting the water below, but that’s quickly exchanged for this incredible high you wish would last forever. That’s a Frank Iero show epitomised.

The crowd responds to the energy of the set – which also includes Young and Doomed, Basement Eyes and Great Party – by jumping along or forming little pits. As the venue shakes in reverence to Iero and his Future Violents, they continue on, building more and more momentum and energy with every song. Multi-instrumentalist, Kayleigh Goldsworthy, does a phenomenal job at conveying a sense of menace as she hits her keys on Barriers’ frenzied third track, Fever Dream.

Older numbers like I’m a Mess and Joyriding aren’t missed off either. The surprise addition is B.F.F., a song written and featuring Iero’s two girls, and like everything else tonight, the crowd laps it up.

Laura Jane Grace is in the headline slot and she’s beaming as she takes to the stage with The Devouring Mothers. They play Apocalypse Now (and Later), China Beach, Amsterdam Hotel Room alongside solo material like 2008’s Conceptual Paths. She’s always been a force. In music, she’s made great strides as the vocalist for Against Me! and now as the frontwoman for Laura Jane Grace and the Devouring Mothers, but tonight it becomes clear what an inspiration she is on a personal level. Her happiness on stage is a true reminder of staying true to yourself, being who you want to be and telling everyone who’s not on board to go to hell.

Seeing two titans of punk would’ve been enough tonight, but also witnessing the magic of a bunch of misfits together, celebrating the one thing that makes us all feel like we belong, made it a pretty special evening of music.