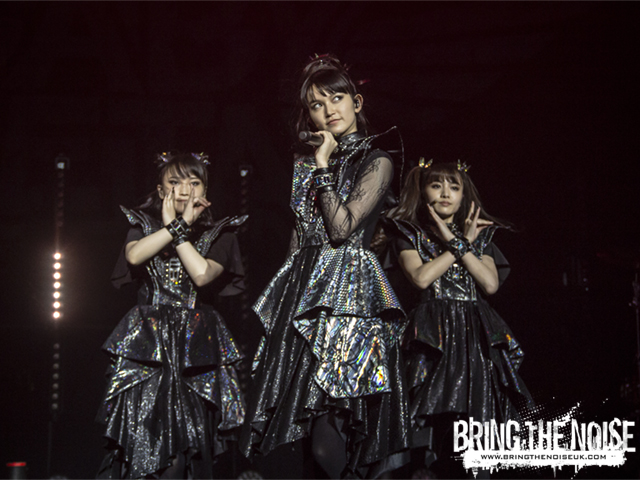 When you think about how far BABYMETAL have progressed as a band since their inception it boggles the mind a little. Here we have a group bringing worldwide audiences something previously considered a niche music taste and making it mainstream. Tonight BABYMETAL play their first headline show in Britain in 3 years. Fresh from appearing at Glastonbury, an iconic festival which attracts only the ‘Crème de la crème’ of music acts from around the world, they are set to perform a one-off special show at London’s famous O2 Academy Brixton. Even more exciting is that the rumour mills are going crazy, apparently, there’s a new face in the band.

Now don’t get us wrong, London is hot tonight, very hot and the venue is like a walk in oven. So you have to be a bit forgiving if the crowds are a little lethargic as the opening act takes to the stage. Sleep Token appear onstage under a dull orange glow, both masked and caped. The band describe themselves as a cult that worships the Deity of Sleep. It’s not the most energetic of openings and doesn’t really fit what we expected at a rock show. Their opener The Night Does Not Belong to God features a synthesised voice which works well with the soulful voice of the vocalist referred to as Vessel. There is no denying that this band take music writing and utilise it as an art form, there’s a certain intricacy in everything that they do with one problem. Their dedication to creating their own notable and memorable sound means that in the live environment it’s difficult to tell where one track ends and the next begins. Many seemed to merge into one long and drawn out effort which is unfortunate as these are a very competent and compelling group of artists. A support act is supposed to get you pumped, not sedate you and these guys wouldn’t be out of place performing in a cathedral. Great act just a misplaced support choice for this evening. 6/10

The second band on the line-up tonight are Amaranthe, hailing all the way from Gothenburg, Sweden this heavy metal outfit has us fixated as they take to the stage. If it’s not the overly Eurovision undertones in their sound that grabs our attention, its the appearance of their vocalist, then their second vocalist… and then their third vocalist. During their opener maximise it’s as if there are band members just appearing from here there and everywhere. For people new to the band its a genuine three minutes of amazement and cabaret. Brixton Academy is truly the tiny comedy clown car of rock tonight. The best thing about Amaranthe is just the excessive amount of energy in their performance, you can’t resist throwing your arms up in the air and fist bumping along. Their sound is so perfectly refined that tracks performed live such as Amaranthine and The Nexus wouldn’t be out of place in forming the foundation of a major blockbuster movie soundtrack. It’s beyond perplexing watching the vocals of Elize Ryd, Henrik Wilhelmsson and Nils Molin completely harmonise during closer Drop Dead Cynical despite in effect being completely different vocal styles. 9/10

Spirits are understandably very high as the lights go down for BABYMETAL’s stage entrance, the venue is bursting at the seams. The KamiBand take their place onstage first in their mysterious new masks and play the opening riffs to fan favourite Megitsune. As the girls slowly pace onto the stage with their faces concealed behind masks of the Fox God, it’s noticeable for the first time in a while that the Chosen Seven are a complete unit. As the masks are lowered we are surprised to see the face of Riho Sayashi in full BABYMETAL regalia. The set is full of classics as well as new tracks. Recent single Elevator Girl is received very well and showcases a new peak in the vocal talents of lead Su-Metal. Tonight almost feels like a coming of age show for the girls, since their last UK shows they have flourished and become adults, not only that in their time away they have also become masters of their craft. The choreography is a step beyond compared to past outings and their ability and stamina in showmanship is flawless, despite their exhaustive set they don’t lag in energy at a single point of the evening. Fans are treated to the first-ever performances of Starlight and Syncopation outside of Japan as well as a new track currently known within fan circles as Ind-Metal. This track is a little more different to usual BABYMETAL tracks and has a very ethnic and traditional sound to it. It’s a packed set list with the usual fan favourites. The band climax the show with Road to Resistance appearing with flags emblazoned with the group’s imagery before giving us one last surprise. As the show closes giant banner drops from the rafters along with a projection and a voice announcing the official release date of the band’s new album Metal Galaxy for the first time. 9/10

There’s no doubt that Brixton 2019 will go down in the BABYMETAL history books as one of the iconic shows in the band’s personal story. Babymetal release their latest album Metal Galaxy on 11th October 2019.

FESTIVAL FEATURE: Your Guide To Hardcore At 2000trees Festival 2019 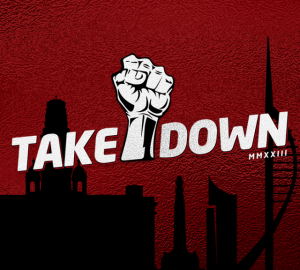