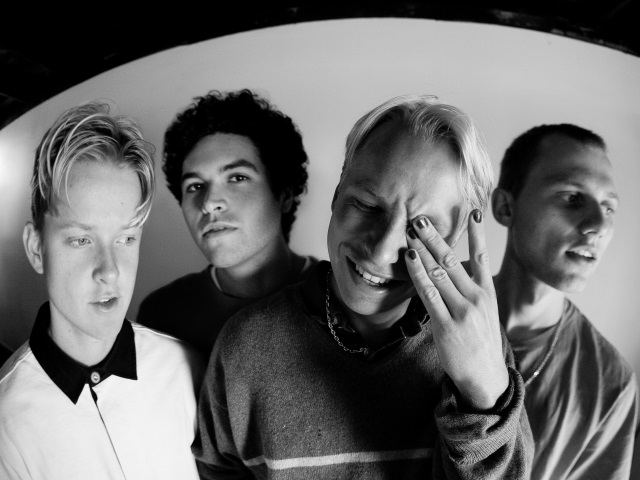 SWMRS have released a video for their new single Lose Lose Lose, taken from their latest album Berkeley’s On Fire.

“I always wanted to know what it would feel like to crowd surf if the average age of the crowd was 71 instead of 17,” shared SWMRS co-frontman Cole Becker. “Ambar [Navarro, director] and I talked a lot about this video as a way of inverting the formula of ‘Smells Like Teen Spirit’. Being a young person in 2019 feels a lot more like being in an inhospitable bingo club than being in the hyper idealized vision of a punk show. You have all this energy and vision and passion to contribute to the world, and you’re constantly met with this sludgy rejection as if you’re intruding on someone else’s party.”

Berkeley’s On Fire is out now via Fuelled By Ramen, available to purchase HERE.

See SWMRS live at one of the following dates: