ALBUM REVIEW: Dude Trips – Through Love & Death, You’re All I Have Left 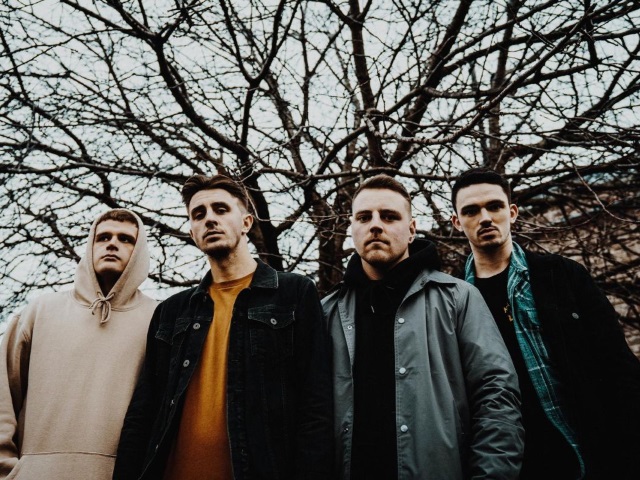 With the release of their debut full length record Through Love & Death, You’re All I Have Left, Scottish sad rockers Dude Trips have placed themselves in a great position to become your new favourite band.

Despite hailing from seaside town Fraserburgh, Dude Trips have taken great influence from all over. Opener Blank Canvas is reminiscent in parts of Spanish Love Songs’ Nuevo. In Between Days is your standard emo/rock song with quiet verses and a big chorus, and while it isn’t particularly distinguishable from any other track like this, it’s by no means bad. TL&D… really steps up with the previously released Documentaries, a track the band have said is about “…telling yourself you’re over someone, but at the same time it’s still eating away at the back of your mind. You want to let go, but a part of you doesn’t…” , as well as the excellent pop rocker Sunday Club and obligatory acoustic, but clear future crowd favourite, Tampa Bay.

There’s a quick interlude to break the album up and then we’re straight back into things with the rollicking, album highlight Subbuteo. Dude Trips manage to capture the feeling of nostalgia, regret at growing up and keep an element of hope all within a catchy three minute track.

TL&D’s 36 minutes fly by thanks to the great hooks and massive choruses, full of singalongs that will be great in a live setting. Like with any song written about love and relationships by a group of young lads there are some awkward lyrics, but this feels like part of a growing exercise rather than an issue, especially in a genre that has been given a bad name in recent years.

Musically, Dude Trips have written tight, catchy songs and the production is the right mix of raw and crisp. Through Love & Death, You’re All I Have Left is a really promising debut from a band who are set to blow up!