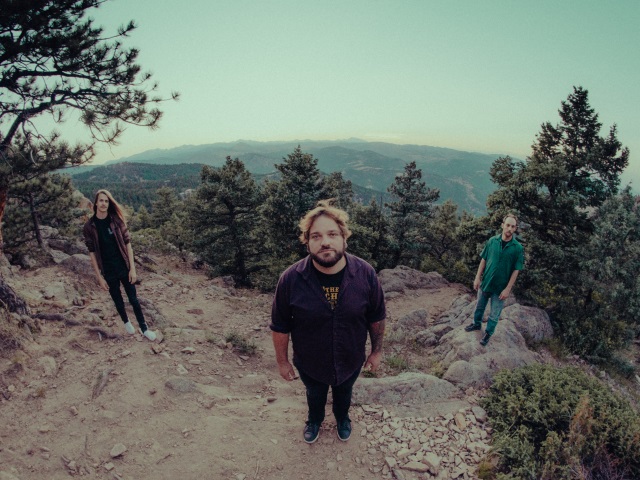 Progressive rock trio Source released their new album Totality earlier this year, so we caught up with the band to talk about the record, their journey so far and flotation tanks…

Your new album Totality came out on 1st March via Pavement Music, but let’s get the important stuff out of the way before we get to the music. What’s with the flotation tanks, can we all come and have a shot and do you think that they improve your music?

I got into floating 8 years ago when I heard about it on Joe Rogan’s podcast. I tried it and it completely changed my life. My experience inspired me to lose 100lbs, quit smoking, start Brazilian jiu jitsu, and totally change the way I view the world and myself. I am a huge advocate for floating and I really hope someday everyone in the world tries it. I 100% believe it improves my music. It is an endless source of creativity for me. I actually have 2 albums worth of unrecorded material that I’m sitting on because floating makes me write so much music! If you’re ever in Boulder Colorado come by my spot Isolate Flotation Center for a float!

Right, back to band related stuff – how did the band meet and how long ago?

I met Justin at a show my former drummer was filling in on. He was running sound for the show. A year later when he saw our former drummer left the band he sent us a message and a video of him shredding on drums. I knew when I saw that video he was the perfect drummer for Source. I met Riley through a friend who recommended him for Source once our former bassist left the band. My friend Andy told me to check out Riley’s solo album Lightstory where he plays guitar, bass and drums on the record. I took one listen and knew he would be perfect for Source. He is one of the most skilled musicians I’ve ever met!

What can you tell us about your new album Totality?

Totality is the story of finding my place in the world, coming to terms with my past and consciously choosing to be myself. It’s a musical journey full of beauty, power and authenticity. Totality invites the listener to look within themselves, connect with their truest expression and let a little more of that shine outwards.

As a band you’re putting out your sophomore album, but you already have quite a strong following and key support throughout the press and media, can you tell us a bit about your journey so far.

It’s been a long road and a lot of learning. Return To Nothing was a really great first release for us. It was raw, unfiltered Source and I consider those songs classics in our cannon of music. One thing I learned is that we need to have some songs that aren’t 10 minutes long, so if we get a 20 minute opening slot on an awesome tour we can play more than 2 songs! We got the incredible opportunity to open for HELLYEAH and In Flames for 27 shows in 2016, but only a 20 minute set. This is the main reason for the shorter song lengths on our new album. The other piece of the journey is finding new band mates. The way things were going with the old members was really bad. So much tension and stress and unhappiness. It just wasn’t right on so many levels. I have never had as much fun playing music with people as my new band mates. We are all on the same page, musically and personally. It’s just a blast and really drama free. We are super professional when we need to be and we communicate like adults. It’s pretty rare for a band honestly. Every band has drama, seriously like every band. I’m sure there will be bumps in the road but we have a harmony that I’ve never experienced between band mates before. It’s really cool.

Finally, if you had to spend the rest of your life in a flotation tank and could only listen to the entire works of five different bands/musicians to keep you company, who would you choose?

First of all this is the best question I’ve ever been asked! Tool, Pink Floyd, Opeth, Bjork and Miles Davis. I’d be without so many of my favourites but those are the most essential for sure.

Thank you so much for the interview opportunity!

Thank you for taking the time to chat to us!