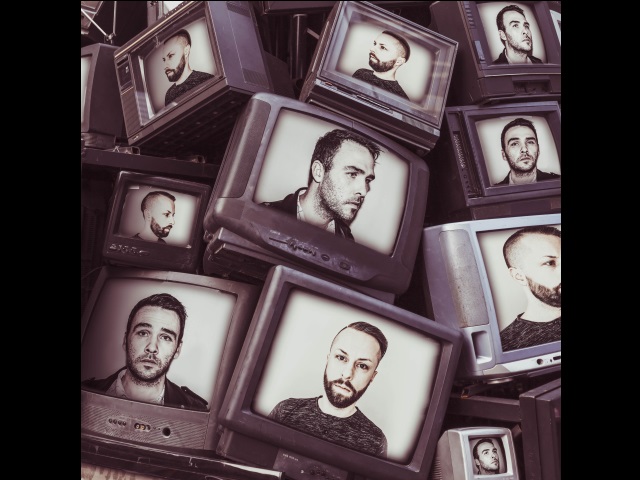 Cast your mind back to 2007. “Charlie bit my finger!” was echoing over the nation’s school playgrounds, the final Harry Potter book had just made it to shelves and Apple had blown everyone’s minds by releasing something called the iPhone. Feeling old? That’s kind of the point. It was a long time ago, and back in this ancient age there was a band gaining some real traction. Idiot Pilot had just released their second studio album, Wolves, and things were looking promising. The record itself was produced by Blink 182’s Mark Hoppus, one of it’s tracks was picked up by Michael Bay for his first Transformers movie, and so successful was this album that it was followed up by touring with Avenged Sevenfold and Bullet for My Valentine. You might have heard of them.

Suddenly, this Washington alternative rock duo who had previously received divisive reviews for their first album (Strange We Should Meet Here), were really hitting the mainstream. Things looked increasingly exciting for Michael Harris and  Daniel Anderson…but this was not to last. In 2011 the band announced an “indefinite hiatus” and simply disappeared without a trace. Harris raised a family and Anderson worked on his electro dance project, Glowbug, but Idiot Pilot was very much dead. Until now.

Recorded in secret along the American coastline, only 12 years since their last record comes Idiot Pilot’s third studio album, Blue Blood. “Look out down below!” Harris warns throughout the enchanting opener, Bombs Away. It’s a real warning, Idiot Pilot are back. Geronimo.

On first listen you immediately get the sense of a newfound texture from Idiot Pilot. This band’s sound is much denser than it has been before, they haven’t thrown out the electric guitars, but have brought in more keys, exciting drums and all manner of miscellaneous techno sounds. These are all really showcased on tracks like Widespread Devastation and particularly in Asylum, which with its twinkly techno texture and serious beat makes it a bona fide indietronica head banger. Tracks like this, and indeed the album as a whole, leaning on keys and techno motifs is a great choice and no doubt due to a lesson learned by Anderson during his time as Glowbug.

To excitedly rant on a little more about Asylum, it’s an absolute highlight…it’s Muse-meets-dance and interestingly also feels like it’s plucked right out of Sundara Karma’s set list. While this is partially credited to its overall tech-head indie-rock sound which is weaved throughout this album, a hat needs to be tipped to Harris’ vocals which have significantly matured since we last heard them. You would be forgiven for thinking he is the love child of Oscar Pollock, Matt Bellamy and Ben Gibbard, because throughout Blue Blood Harris’ malleable mouth comes close to emulating all of these vocalists. These matured, long drawn out vocals that Harris boasts in tracks such as Mammoth, which may have painfully droned on a bit on other records, are very welcome here.

It is worth mentioning though that when not relying on trance-sounding keys tucked behind distinctly indie rock guitar and powerful vocals, the more traditional alternative rock tracks like Sideways still sound thoroughly well built. The underlying ominous loom of which sounds akin to The End Is The Beginning Is The End by The Smashing Pumpkins. Murderous however, is a tricky track to review, with its overemphasis of heavy guitar feels comparatively like a reanimated early-2000s punk rock zombie held up by thin strings of electronics. This touches on perhaps the only pitfall of Blue Blood. The strong tracks, of which there are many, overshadow the songs that aren’t reinventing the wheel and make them feel more like super-filler tracks than they actually deserve. Murderous and Silver Needle certainly, but also to a certain extent the sweet slow closer, The Big Sleep – which you would hope is not alluding to another decade-long disappearance.

Comparatively, standing very much on its own on this record is the heavily acoustic Only So Much. A beautiful, technically proficient, lyrical heartfelt nearly-country track; perhaps a distant relative of Glass fields from the duo’s 2005 EP. This track oddly has an air of Driftless Pony Club about it and is an unneeded yet grin-encouraging addition to this album

Idiot Pilot’s return is sincere and meaningful with Blue Blood. The band’s resurfacing doesn’t feel desperate or out of touch or stuck in the past. This record is better than its predecessor in almost every way, Harris’ vocals are matured, the lyricism has evolved and the music is profoundly more textured. But it’s important to remember here that after the duo’s last album, a 12-year break could be the best thing that has happened for Idiot Pilot.

Quite often you will see the phoenix metaphor well overplayed in music. Bands and artists falling from grace only to rise from the ashes all feels very rock n’ roll, but these guys really do fit the bill. A 12-year hiatus would stone-cold kill most bands, especially those that had a similar presence to Idiot Pilot in 2007, but this for-want-of-a-better-word comeback record is has a strong pulse. Perhaps a pulse just strong enough to bring this duo back to life, with Blue Blood coursing through their veins.

Standout Tracks: Only So Much, Sideways, Asylum