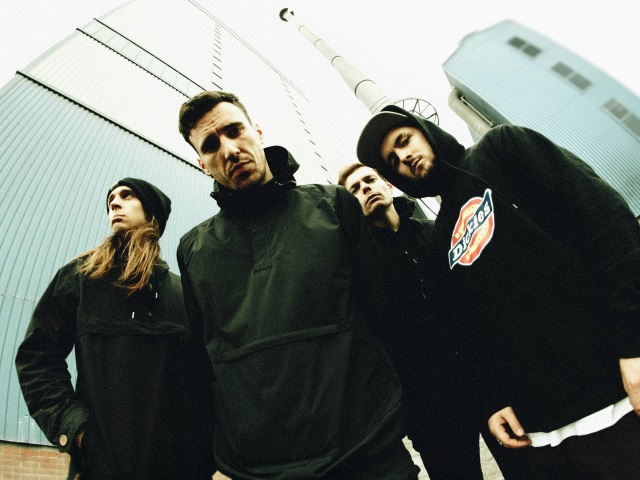 Blood Youth are a British melodic hardcore band formed in 2014. Their style has been described as melodic hardcore, hardcore punk, and punk metal, for fans of the likes of Stick To Your Guns, Beartooth, Slipknot, Korn, Every Time I Die and The Ghost Inside. Although Blood Youth are still newcomers they’ve proven to be quite powerful. Every release by this band has made a big impact. Intense emotions, strong lyrics along with head-banging metal gives off fresh vibes.

Their upcoming studio album Starve is due for release on 22nd February 2019 through Rude Records, just ahead of their UK headline tour that kicks off in March.

The band recently dropped a video for their single Keep You Alive, and it’s an absolute cracker. Frontman and vocalist Kaya Tarsus explains the inspiration behind the song: “At some point in our lives we all go through something traumatic. It will change us and stays with us forever. Life is full of heartbreak, death and loss. Events that we have never been taught how to deal with, but we all have to face at some point. I’ve found that the longer we think and dwell on trauma, the longer we keep it alive within us.” Keep You Alive is a very diverse song with a dark raw vibe. Even with the tightness, it sparked an exciting new side of the band.

Listening to album’s title track Starve and what they’ve delivered with it so far, it looks like the band has gone really out of their way to break away from their previous impact, now incorporating a rugged nu-metal edge while keeping a firm control. The album’s title track is one of the strongest, and if the entire album can keep it up, Starve can be Blood Youth’s gateway into modern British hardcore that they can claim as their own.

Hip-hop-inspired instrumental {51/50} and {stone.tape.theory} are clear signs of a band’s sliding out of comfort into a new guise. While Exhale is already a good example of how few self-imposed restrictions Blood Youth have, it would be nice to get more of that considering how much of this album does feel like rather traditional nu-metal.

Blood Youth have landed on something that benefits their skills more as a band, and while it’s presented with the gusto and old-school flavour, it’s hard to complain about the results. It might have taken longer than preferred to get there, but the quality at the end of the day is undeniable. We felt a lot of mixed emotions from this album. It’s a good mix of bold, heavy rawness, with darkness and purity. While comparing to their previous releases, we can sense that Blood Youth have matured their sound both lyrically and musically. Even though the band haven’t left their roots and still have their ‘old-school’ vibe, there is so much more depth to their music now, something that we loved when listening to Starve.

For Fans Of: Slipknot, Korn, The Ghost Inside