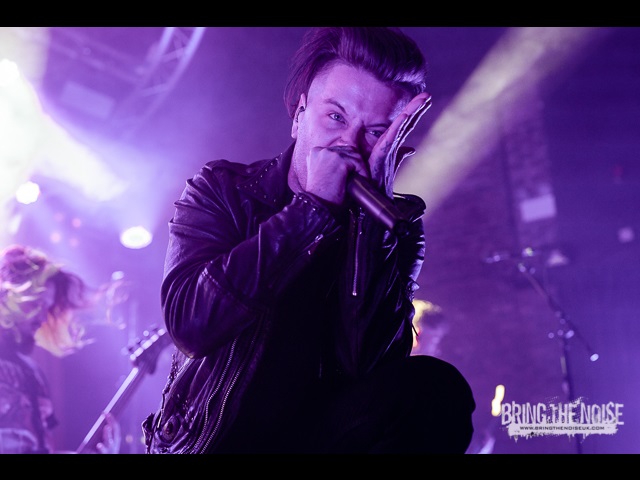 These kind of shows have been a long time coming for Bury Tomorrow. The band’s sincerity and passion has never been in doubt, and yet it’s been a consistently bumpy ride to success for them. Perhaps that’s part of why this current run of show feels so triumphant: Bury Tomorrow got here through sheer perseverance and being better than their peers. No gimmicks, no lucky timing, not really any haircuts to speak of. Just pure graft.

You could count on one hand the number of bands in this style who put this amount of effort into both their show as spectacle and their actual musical performance. The production doesn’t distract you from the weaknesses in the band’s songwriting, it’s used to enhance a set already bursting at the seam with great musical moments.

Which isn’t to say this band are breaking any new ground really. Each song is more or less an exercise in making the breakdowns as massive as the choruses. It’s just that Bury Tomorrow do this better than most other bands, blending the various elements of their sound in a way that makes them feel more like an organic painting and less like a flat-pack piece of cheap IKEA furniture. In that sense, they’re totally different from every other metalcore band in the UK.

Only a few songs into the set there’s a brief break for the band to make sure a nearly crushed fan is okay, and then have her and her friend enjoy the rest of the set from side stage. When you think of the macho culture of metalcore, that sort of sensitivity and sense on inclusiveness is a rare thing. This is where the band really break apart from their peers. Everything this band does is dripping in sincerity, community and loyalty. You don’t go into their pit to punch your friends, you go in to pick up new ones.

Musically, common sense would tell you there is a ceiling for a music this heavily stylised. But with a fan base as supportive as this, and shows as good as this, they might have no choice but to smash through said ceiling.